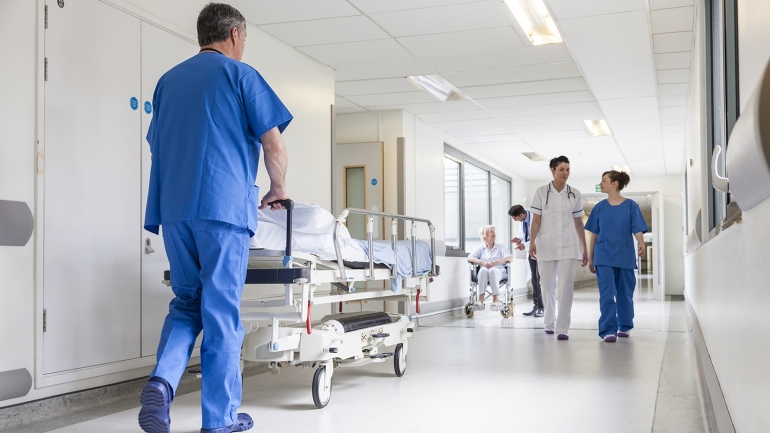 Hospitals face penalties for readmitting recently discharged Medicare patients, but in 27 percent of cases readmissions could be prevented, according to a UCSF-led study of 12 academic medical centers nationwide.

Steps to reduce the need for readmissions include improving communications between patients and clinicians, as well as between primary care and hospital physicians; assessing patients’ readiness for discharge and providing better post-discharge resources said lead author Andrew Auerbach, MD, MPH, a hospitalist at UCSF Health and professor of medicine at the UCSF Division of Hospital Medicine.

The findings were based on 1,007 readmissions occurring within 30 days of discharge. Readmission rates ranged from 14.8 percent to 18.3 percent. Fifteen percent of readmissions had “strong” or “virtually certain evidence of preventability,” and a further 12 percent of cases were classed as having “preventability (of) more than 50-50 but close call.” In addition, while not counted as preventable, a further 15 percent were considered “less than 50-50 but close call.”

The study is timely because the Affordable Care Act required the Department of Health and Human Services to establish a program to reduce what has been dubbed a “revolving door of re-hospitalizations.” Effective October 2012, 1 percent of every Medicare payment was deducted for a hospital that was determined to have excessive readmissions. This percentage has subsequently increased to up to 3 percent. Penalties apply to readmitted Medicare patients with some heart conditions, pneumonia, chronic lung disease, and hip and knee replacements.

“One key finding is that 31 percent of readmissions could have been avoided if emergency departments had not admitted patients who did not need to be in the hospital,” said Auerbach of the study, which was published on March 7, 2016, in JAMA Internal Medicine.

“Overcoming this gap requires improved communication between primary providers and hospital physicians about readmission criteria, as well as greater access to urgent care facilities, or short-term units such as chest pain clinics, for patients who would otherwise seek emergency department services,” he said.

The study participants’ primary language was English in more than 90 percent of cases, just over one-third were married and average age was 55. Approximately half initially had been admitted with active serious diseases including cancer, heart failure, kidney failure and stroke. Eighty percent of patients had been discharged to their homes, which included 53 percent with home services.

Other Factors That Can Lead to Re-Hospitalizations

Other factors that played a role among the preventable readmissions included inability of patients to keep follow-up appointments, lack of awareness of whom to contact if problems arose after they left the hospital, discharging patients too soon and insufficient disease monitoring post-discharge, such as blood draws or kidney function tests.

“We also found that 14 percent of readmissions of patients with end-stage disease could have been avoided if there had been a documented goals-of-care discussion,” said Auerbach. “Some patients with expected progression of disease were readmitted when they could have remained at home with appropriate supports.”

One key finding is that 31 percent of readmissions could have been avoided if emergency departments had not admitted patients who did not need to be in the hospital.

Ensuring the wellbeing of patients following discharge is critical, according to senior author Jeffrey Schnipper, MD, MPH, of the Division of General Medicine, Brigham and Women’s Hospital, and Harvard Medical School.

“What we have learned is that the sicker and more complicated the patient, the faster we as providers want them to be seen in follow-up. But the sicker and more complicated the patient, the more they don’t feel up to keeping those appointments. So before scheduling that appointment with the primary care physician three days after discharge, we need to have an honest conversation with the patient: Are you willing and able to keep that appointment? If the answer is no, maybe we can arrange the logistics so that they can keep it or find some other way to keep them safe at home until a later appointment,” said Schnipper.

“Only about a quarter of readmissions are preventable, and about half of preventable readmissions are due to factors that occur after discharge. It’s easy to complain about this, with the penalties only going to hospitals, but we also can be pragmatic. Hospitals need to work with outpatient providers to improve communications and jointly come up with comprehensive programs to keep patients safe after discharge. This requires investment, but it’s a better alternative than paying penalties.”

The study was supported by funding from the American Association of Medical Colleges and grants from the National Institutes of Health.