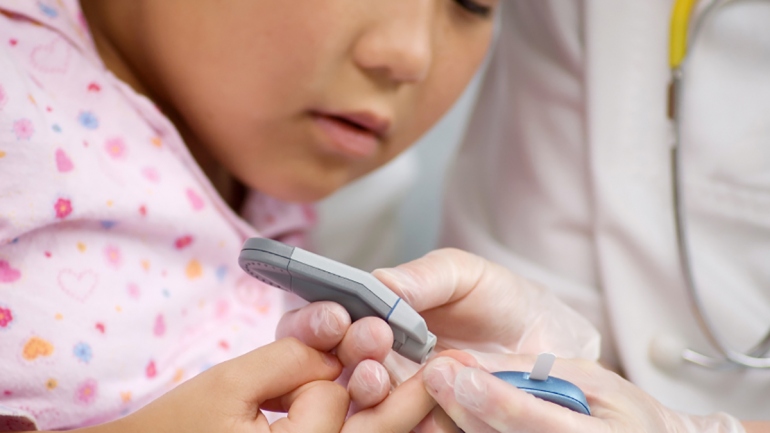 For many people, a diagnosis of type 1 diabetes occurs late in the development of the disease, even at the time when they have ended up in the emergency room with life-threatening complications.

Now, clinical researchers nationwide are trying to highlight the early stages of the disease to promote early diagnosis and prevention.

In the January 2016 issue of Diabetes Care, the JDRF, American Diabetes Association (ADA), and Endocrine Society recommended adoption of a new type 1 diabetes staging classification. This recommendation is largely based on two decades of research by the international research network Type 1 Diabetes TrialNet (TrialNet) that involved more than 150,000 relatives of people with the disease.

“TrialNet’s goal is to identify the disease at its earliest stage, delay progression, and ultimately prevent it,” said Stephen E. Gitelman, MD, TrialNet principal investigator at UC San Francisco and a professor of Pediatrics. "We offer screening and clinical trials for every stage of type 1 diabetes and close monitoring for disease progression.”

Type 1 diabetes formerly was referred to as juvenile diabetes because it disproportionately strikes children. It is caused by a loss or malfunction of the insulin producing cells, called pancreatic beta cells, often when the immune system mistakenly attacks and destroys the cells.

According to the Diabetes Care paper, type 1 diabetes can now be most accurately understood as a disease that progresses in three distinct stages.

The new staging classification is vital to understanding how type 1 progresses. Equally important is TrialNet’s ability to diagnose the disease in its earliest stages, allowing for prompt intervention.

“Identification of the pre-symptom stages of type 1 diabetes can be compared to identification of high blood pressure as a predictor of heart attack and stroke,” according to TrialNet Chair Carla Greenbaum, MD. “Before treatment for high blood pressure became commonplace, we were missing a key tool to prevent heart disease. Today, people can receive intervention long before they experience symptoms or significant complications. The same is now true for type 1 diabetes.”

Clinical research supports the usefulness of diagnosing type 1 diabetes early – before beta cell loss advances to stage 3. The earlier diagnosis is made in the disease process, the sooner intervention can take place, and the more beta cells are likely to remain. More beta cells may lead to better outcomes regarding blood sugar control and reduction of long-term complications.

For people who participate in type 1 diabetes prevention research like TrialNet, the risk of diabetic ketoacidosis at diagnosis decreases from 30 percent to less than 4 percent.

Both the ADA and JDRF recommend TrialNet screening for people who have relatives with type 1 diabetes. Family members have a 15 times greater risk of being diagnosed than a person with no family history. Screening is available at no charge to:

It is recommended that children who do not test positive for diabetes-related autoantibodies continue to get rescreened every year until age 18.