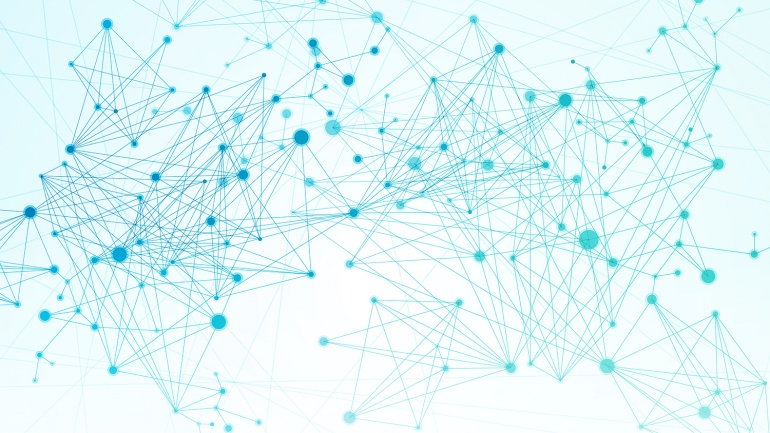 Nevan Krogan, PhD, thinks genomics has brought us closer to a revolution in cancer treatment than most geneticists even realize.

“There’s been a tsunami of genetic data about different cancers,” says Krogan, a UC San Francisco professor of Cellular and Molecular Pharmacology and member of the UCSF Helen Diller Family Comprehensive Cancer Center. But despite this rising tide of knowledge, Krogan says, breakthroughs in cancer treatment have been slow to materialize. In part, this is because all of the new data have only gone to show cancer’s staggering diversity: Even a single tumor can contain a unique profile of thousands of genetic mutations, leaving researchers to puzzle out which are disease drivers and which are just along for the ride.

“The sequencers say we just need to pour more money into sequencing and the answer will become clear,” Krogan says. “We say no. We’re actually done. We’ve reached a point of saturation in terms of the information we can extract.”

Instead of collecting yet more data, he argues, researchers need to look harder at the connections hidden in the data they already have.

Krogan and his colleagues think differently about where cancer comes from. Rather than see the disease as a problem caused by one or more gene mutations, they see cancer as a breakdown of large, interconnected gene networks. Different genes can malfunction in different people and still produce the same end result because of how they affect the larger networks they are part of, he says. This is why when researchers look at the cancer genomes of two people with very similar lung tumors, for instance, they may see drastically different mutation profiles.

The network view of cancer suggests that if researchers understood how to repair the common networks themselves, they could design treatments that would help many different patients despite their apparently diverse constellation of mutations.

As we refine our understanding of how patients’ mutations affect larger biological networks, that’s going to improve doctors’ predictive power in a clinical setting.

To this end, Krogan and colleagues at UCSF and UC San Diego recently launched an ambitious new project called the Cancer Cell Map Initiative. These researchers will use powerful computational and imaging tools to compare gene networks at work in healthy cells with those co-opted by the thousands of mutations seen in cancer, and match this biological insight with databases of patient outcomes to learn which pathways are disrupted in particular patient groups.

As a proof of principle, Krogan and his colleagues in the initiative have already mapped mutations identified in 300 ovarian cancer patients against a network of known gene-protein interactions within the cell. On their own, the myriad mutations found in different patients seemed randomly scattered across the genome, but the gene network approach revealed that many of the mutations were actually connected – in particular, the mutations belonging to patients with a particularly aggressive type of ovarian cancer all turned out to be connected to a particular pair of molecular pathways controlling cell growth.

By zeroing in on the specific networks affected by different cancers, the research raises the possibility of treating many seemingly different mutations with a single treatment that restores the function of the common underlying network.

“As we refine our understanding of how patients’ mutations affect larger biological networks, that's going to improve doctors’ predictive power in a clinical setting,” Krogan says. “We're just building tools to make that connection between the basic research and the clinical world.”

Sourav Bandyopadhyay, PhD, is hot on the trail of these connections between the emerging science of cancer genetics and applications in clinical medicine.

“Right now you can sequence a patient’s tumor and find the cancer-causing mutations for just a few thousand dollars,” says Bandyopadhyay, associate professor of Bioengineering and Therapeutic Sciences in the UCSF School of Pharmacy. “But if you can’t link those mutations to an effective drug, that knowledge doesn’t do the patient any good.”

Despite all our genetic knowledge, 95 percent of patients still wind up getting treated with the blunt instruments of chemotherapy or radiation. In other words, says Bandyopadhyay, we’re only 5 percent of the way to the promise of personalized cancer therapy.

Bandyopadhyay hopes to change that by taking the standard drug discovery pipeline and turning it upside down. “Instead of identifying unique mutations in a subset of cancer patients and searching for drugs that target these pathways, we start with the drugs we have and look for the mutations they’re effective against,” he said.

Using powerful computing algorithms, his research group has developed a systematic approach to quickly screen existing cancer drugs to test their effectiveness against dozens of different cancer gene variants. As reported last year in the journal Cancer Discovery, his group already has found a number of promising drug candidates using this approach, some completely unexpected, that they hope to move into clinical trials.

Connecting Computation to the Clinic

The next step is integrating these findings with practicing clinicians through collaborations like UCSF’s Molecular Tumor Board, which is part of the UCSF Helen Diller Family Comprehensive Cancer Center Molecular Oncology Initiative. It was set up in June 2014 to bring together practicing oncologists, researchers studying cancer biology, pathologists, genetic counselors, and other experts into one room to share their knowledge on real-time cancer cases at UCSF Medical Center.

“Our key mission is to use the combined experience and intelligence of many people across UCSF to improve the algorithms our physicians use to turn genomic findings into clinical recommendations for individual patients,” says the board’s chair, Michael Korn, MD, an oncologist in the UCSF School of Medicine and leader of the Cancer Center’s Molecular Oncology Initiative.

UCSF’s new approach is part of a growing national trend – by some estimates there are now 30 molecular tumor boards around the country. And like everything in medicine, there has been a steep learning curve when it comes to applying the insights made possible by these gatherings of experts to individual patients in real time.

“Through the seamless interaction of the molecular tumor board and the CCGL, we are paving the road to delivering a new concept in cancer treatment to our patients,” says Korn. “Already patients at UCSF are benefiting. Since the Board began its work and the UCSF500 became available, we were able to help physicians to make the correct diagnosis for their patient and to deliver appropriate treatments. Several patients achieved dramatic responses as a result of treatments tailored to their diseases’ molecular profile and test results provide a rationale for enrolling patients into clinical trials. In addition, we were able to detect mutations in patient’s germline – these findings are not only benefitting the affected patient but their entire family.”

“We are on a very promising path that will greatly influence how we diagnose and treat cancer here,” Korn says.