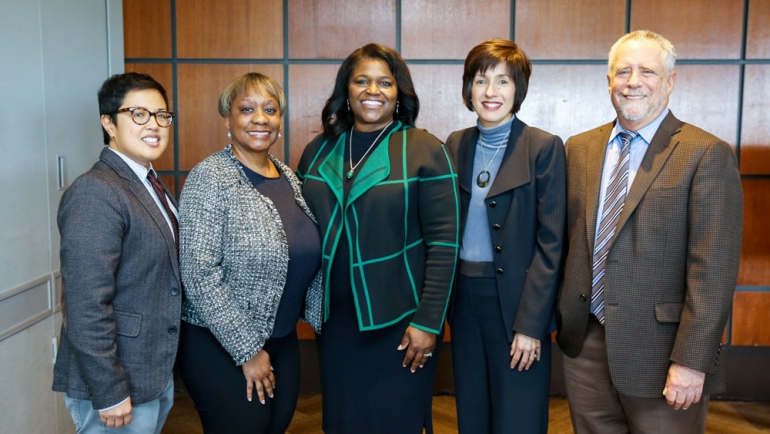 UC San Francisco’s Office of Diversity and Outreach marked its fifth anniversary on Friday by honoring champions whose collective efforts focusing on diversity led to the creation of the office.

Their “contributions went above and beyond their formal roles at UCSF in pursuit of diversity and inclusion,” said Renee Navarro, MD, PharmD, vice chancellor of Diversity and Outreach. “These Founders’ Champions were instrumental in the formation of our office and initial strategic plan. Without their hard work, our office would not be here today.”

Those recognized at the anniversary event were:

Building Toward a Diversity Office

As Baron pointed out, the road to nurturing diversity at UCSF has been a long one, taking patience and persistence. “This work is a marathon, not a sprint. Since 1968, we’ve had many ups and downs,” he said.

A major turning point came in 2007, when then-Chancellor Mike Bishop, MD, and Eugene Washington, MD, then executive vice chancellor and provost, led the creation of UCSF’s first strategic plan, which outlined nurturing diversity as one of seven strategic directions. 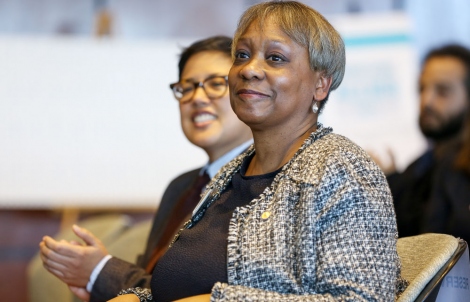 Baron became leader of the Chancellor’s Advisory Committee on Diversity that year. The committees were renamed and reconfigured over the next several years, but their recommendations to increase the University’s commitment to diversity remained constant amid a steady drumbeat by many faculty, staff and students across UCSF.

The longstanding call to appoint a vice chancellor of diversity and to create an office dedicated to equity and inclusion became a reality when then-Chancellor Susan Desmond-Hellmann, MD, MPH, established the Office of Diversity and Outreach in 2010 and named Navarro the first vice chancellor for UCSF.

Both UCSF alumna, Echiverri and Okoye, were credited for their activism calling on campus leadership to establish an office to lead campuswide efforts.

“The roots of this grassroots effort started way before our time, from students, staff and faculty who were fueled by the same commitment and sense of urgency around this cause,” said Echiverri, who was recognized with UCSF’s Martin Luther King Jr. Award in 2012. “It was a time like today where we were challenged by both overt and subtle forms of climate issues around culture and diversity not only on our campus, but across the country.”

Baron credited many throughout the years who were instrumental in promoting diversity. They included Washington, who is now chancellor of Health Affairs at Duke University and chief executive officer of the Duke University Health System; Michael Adams, former director of the Office of Affirmative Action, Equal Opportunity and Diversity; Harvey Brody, DDS, a leader of the UCSF School of Dentistry’s student outreach programs; and Castro, who left UCSF as vice chancellor of Student Affairs to become the eighth president of California State University Fresno in 2013.

Castro, who was unable to attend the event, played a key role in establishing UCSF’s Multicultural Center. He served with Navarro, Baron and Cisneros on the diversity leadership team headed by Washington, who began implementing other recommendations, including better tracking the hiring process of faculty, conducting more student outreach activities and implementing a comprehensive communications plan. 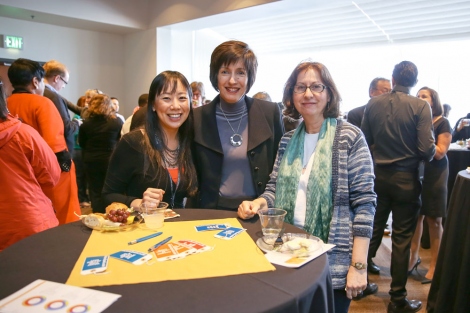 Cisneros led the development of the first University website devoted to diversity. The main feature of that site was a video series she envisioned called “Voices” that profiled various members of the campus community to raise awareness of and appreciation for many aspects of diversity.

Cisneros noted that the anniversary event was well-timed to the birthday of Martin Luther King Jr., a “visionary leader whose eloquent call for social justice and civil rights changed the world. We still dream for a better tomorrow.

Navarro recognized Youmans, a longtime leader of diversity and alumna of the School of Pharmacy, for her overall support for the mission and her assistance in helping to define the diversity office’s strategic plan.

Youmans reflected on why this work is so important at UCSF. “We are in the business of health, educating and training future health care providers, improving the health of individuals, improving the health care system," she said. "We believe that with diversity we can be even more excellent than we are. This work is hard. It is work of the mind, heart, and soul.  It’s also life long – we can never stop advocating for inclusion, equality, and creating an environment that is encouraging, nurturing, and supportive to all members of our community.”