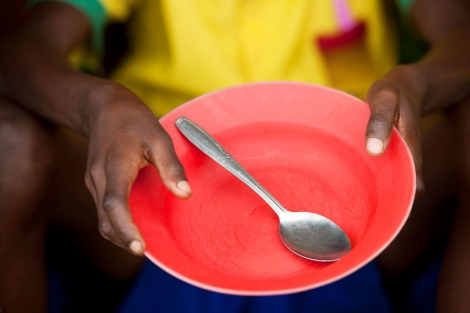 The initiative, launched in July 2014 with the goal of identifying and sharing best practices, and influencing policy issues from local to international related to food access, announced its second round of grants in October, including 44 fellows from all 10 UC campuses plus UC Agriculture and Natural Resources and Lawrence Berkeley National Laboratory.

From UCSF, Matthew Spinelli, MD, Michael Reid, MD, and Dan Kelly, MD, each have won a $4,000 UC Global Food Initiative grant to pursue projects that not only uncover mechanisms by which food insecurity worsens health but also to suggest solutions. Two of these projects will look at food insecurity and HIV outcomes and the other will investigate how food insecurity affects worse Ebola outcomes and how policy factors may have contributed.

“All of these projects are paving the way for interventions,” said Sheri Weiser, MD, an associate professor of medicine who is a mentor for all three projects. “We are further along in understanding the relationship between food insecurity and HIV/AIDS, and we are just beginning to understand how food insecurity may impact outcomes for Ebola infection. Findings in these areas could potentially change programs and policies trying to addresses these diseases.”

Women, and particularly women of color, have worse outcomes when infected with HIV: They are less likely for HIV medications to suppress the virus, and their immune systems do not respond as well. 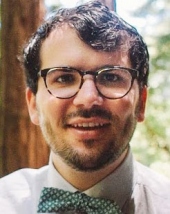 “One hypothesis is based on the fact that women tend to have more food insecurity than men,” said Spinelli, a resident in the Internal Medicine Residency Primary Care Program at Zuckerberg San Francisco General Hospital and Trauma Center. “We know that food insecurity is associated with people not taking as good care of themselves, and this could lead to having less efficient control over HIV infection.”

Spinelli is looking at the specific impact food insecurity has on health outcomes in HIV-positive women in the United States, with an eye toward figuring out the mechanisms for how the process occurs.

Is it as simple as nutrition, or is it related to mental health issues? For instance, does food insecurity cause depression that decreases the likelihood of seeking medical care? Is drug use increasing because of feeling the vulnerability of being food insecure? “Once we get a better sense of what the pathways are, we can design interventions that are more specific and more targeted to where the need is,” said Spinelli.

Soon after people become infected with HIV, there is a depletion of the protective immune cells that reside in the digestive system. This can cause a “leaky gut” that can allow bacteria to move from the intestines into the bloodstream, causing inflammation that can lead to diabetes. 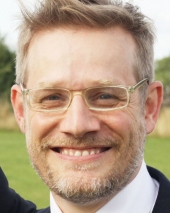 Reid, an infectious disease fellow, is looking at whether this process – known as bacterial translocation – increases the risk of diabetes in HIV-infected people otherwise doing well. His Global Food Initiative project will explore the ways in which food insecurity worsens health for those with HIV by contributing to the development of diabetes in HIV-infected individuals, possibly through the mechanism of increased gut translocation of bacteria.

“It is largely a theory,” said Reid. “But one of the compelling aspects of this project is that, if we confirm that food insecurity leads to increased microbial translocation, one intervention to implement might be to provide specific foods that minimize this process and reduce the chances that people living with HIV will develop diabetes.”

When the Ebola outbreak began in Sierra Leone in 2014, Kelly was struck by the public health messages that were not evidence-based, such as warnings against certain types of meat, which was never proven to reduce Ebola infections. He wondered how such recommendations were affecting food insecurity, a situation already plaguing Sierra Leone, one of top 10 most malnourished countries in the world. 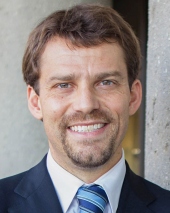 The Ebola response work saved many lives but also had unintended consequences, said Kelly. His Global Food Initiative project focuses on three villages particularly hard-hit by the outbreak to examine the extent to which food insecurity and its potentially adverse health outcomes were consequences of responses that were not evidence-based.

“This fellowship will provide the impetus to collect data and expose issues related to food insecurity, with the goal being to reap more and advocate for more evidence-based, public health messaging, greater food assistance and definitely more global health equity – not just for future Ebola outbreaks but also other emerging infectious diseases,” said Kelly.