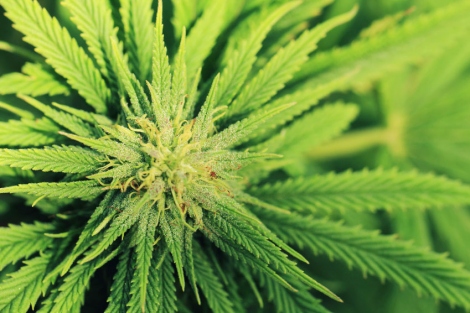 Children and young adults with severe forms of epilepsy that does not respond to standard antiepileptic drugs have fewer seizures when treated with purified cannabinoid, according to a multi-center study led by researchers from UCSF Benioff Children’s Hospital San Francisco.

“Better treatment for children with uncontrolled seizures is desperately needed,” said Maria Roberta Cilio, MD, PhD, senior author and director of research at the UCSF Pediatric Epilepsy Center. “It’s important to get seizure control at any age, but in children, uncontrolled seizures may impact brain and neurocognitive development, which can have an extraordinary effect on quality of life and contribute to progressive cognitive impairment.”

The researchers evaluated 162 children and young adults across 11 independent epilepsy centers in the U.S. All of the children were treated with Epidiolex, a purified cannabinoid that comes in a liquid form containing no tetrahydrocannabinol (THC), the psychotropic component in cannabis, over a 12-week period. The results showed a median 36.5 percent reduction in monthly motor seizures, with a median monthly frequency of motor seizures falling from 30 motor seizures a month to 15.8 over the course of the 12 week trial.

The study was published in the Dec. 23, 2015 issue of The Lancet Neurology. 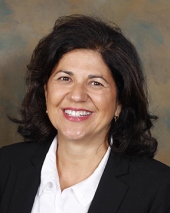 The patients in the trial were all between the ages of one and 30 with intractable epilepsies shown to be resistant to many if not all of the antiepileptic treatments, including drugs and a ketogenic diet. This includes children with Dravet syndrome, a rare genetic disorder that manifests in early childhood with frequent, disabling seizures often occurring daily and numbering into the hundreds, as well as profound cognitive and social deficits.

“This trial is pioneering a new treatment for children with the most severe epilepsies, for whom nothing else works,” said Cilio. “This is just the first step. This open label study found that CBD both reduces the frequency of seizures and has an adequate safety profile in children and young adults. Randomized controlled trials are the next step to characterize the true efficacy and safety profile of this promising compound.”

UCSF Benioff Children’s Hospital San Francisco was the first site to ever administer Epidiolex in a child with epilepsy. In April 2013, the drug was given to a patient after obtaining a special approval from the U.S. Food and Drug Administration’s Investigational New Drug (IND) program, and results from that initial experience provided the framework for the current study, according to the researchers. A second patient was then enrolled at UCSF in July 2013, and in January 2014, UCSF and other centers started to enroll patients under an expanded access IND.

Produced by the biopharmaceutical company GW Pharmaceuticals, Epidiolex is considered a schedule 1 substance, meaning it has a high potential for abuse, and is closely monitored and restricted by the FDA. GW Pharmaceuticals supplied the cannabidiol for the study, but had no role in the study design, data analysis, data interpretation, writing of the study, or publication submission. The study was also funded by the Epilepsy Therapy Project of the Epilepsy Foundation, and Finding A Cure for Epilepsy and Seizures (FACES).