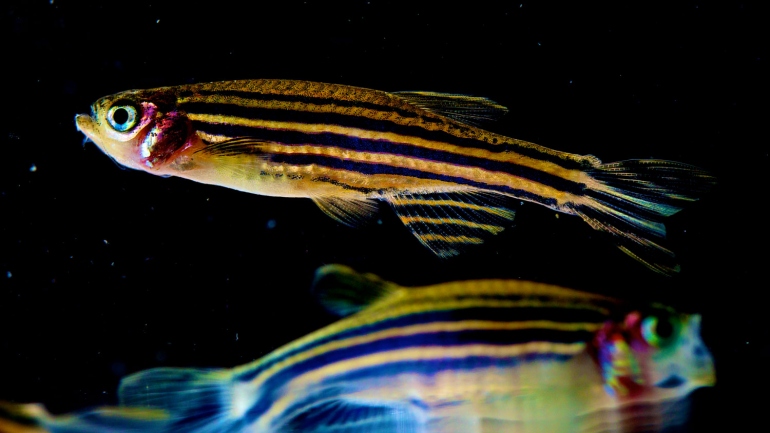 Insights from creatures like zebrafish and salamanders, which routinely regrow damaged tails, limbs, jaws and even hearts, may one day endow humans with heightened regenerative abilities. Image courtesy of NICHD

Regenerative medicine could one day allow physicians to correct congenital deformities, regrow damaged fingers or even mend a broken heart. But to do it, they will have to reckon with the body’s own anti-cancer security system. Now UCSF researchers have found a human gene that may be a key mediator of this tradeoff, blocking both tumors and healthy regeneration.

As a child, UCSF’s Jason Pomerantz, MD, was amazed by the fact that salamanders can regenerate limbs. Now, as a plastic surgeon and stem cell researcher, he believes that insights from creatures like zebrafish and salamanders, which routinely regrow damaged tails, limbs, jaws and even hearts, may one day endow humans with heightened regenerative abilities. 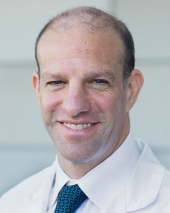 “In the last 10 to 15 years, as regenerative organisms like zebrafish have become genetically tractable to study in the lab, I became convinced that these animals might be able to teach us what is possible for human regeneration,” Pomerantz said. “Why can these vertebrates regenerate highly complex structures, while we can’t?”

In a study published Nov. 17 in the journal eLife, Pomerantz and his team showed new evidence suggesting that mammals may have given up the ability to regenerate limbs partly in exchange for advanced cancer-fighting genes.

The question of whether the regenerative powers of zebrafish and salamanders represent ancient abilities that mammals have lost, perhaps in exchange for advanced tumor-suppression systems remains an open question for biologists. Most tumor suppressor genes, being extremely useful for preventing cancer and for forming tissues during development, are broadly distributed and conserved across many different species. Recent studies, however, suggest that one, the Arf gene, arose more recently in the avian and mammalian lineage, and has no equivalent in the genomes of highly regenerative animals.

To explore whether this gene might play a role in preventing tissue regeneration in humans, the researchers added human ARF to the zebrafish genome and assessed how it affected the fishes’ normal ability to regrow damaged fins after injury. They found that human ARF had no effect on the fishes’ normal development or response to superficial injury, but when the researchers trimmed off the tip of a fish’s tail fin, the gene became strongly activated and almost completely prevented fin regrowth by activating a conserved tumor-blocking pathway.

“It’s like the gene is mistaking the regenerating fin cells for aspiring cancer cells,” said Pomerantz, who is an associate professor of plastic and reconstructive surgery at UCSF and surgical director of the Craniofacial Center at UCSF’s Medical Center and School of Dentistry. “And so it springs into action to block it.”

It’s remarkable that ARF can so readily integrate itself into the fish’s existing tumor-blocking pathways, Pomerantz said. “Humanizing a lower vertebrate species to study regeneration has not generally been used before, and to our surprise it turned out to be remarkably tractable. The gene fits right in very cleanly and completely alters the organism's response.”

The discovery, Pomerantz says, suggests that future efforts to promote regeneration in humans will likely require carefully balanced suppression of this anti-tumor system. The same pathway in humans theoretically could be blocked to enhance researchers’ ability to grow model organs from stem cells in a laboratory dish, to enhance patients’ recovery from injury. Since tumor suppressors are thought to play a role in aging by limiting the rejuvenating potential of stem cells, blocking this pathway could even be a part of future anti-aging therapies.

However, any such interventions would come with significant risk of removing an important brake on the growth of tumors.

“The ratio of risk and benefit has to be appropriate,” Pomerantz said. “For instance, there are certain congenital diseases that cause craniofacial deformities so severe that the risks of such a treatment might be clinically reasonable.”

The research reflects a new approach to modeling the possibilities for human regeneration using highly regenerative organisms like the zebrafish. At its inception, the unprecedented work relied on an Opportunity Grant from the Sandler Foundation through the UCSF Program for Breakthrough Biomedical Research, which led to further support from the National Science Foundation. Additional funding for the work has come from the National Institutes of Health.

“When we started, it was unclear that this would work,” Pomerantz said. “I am incredibly grateful for the Sandler Foundations’ bold and visionary support of this research, which could ultimately impact the human condition.”