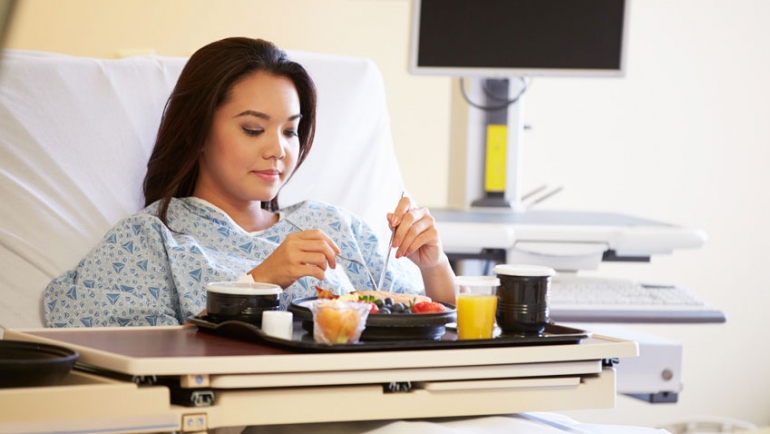 To help stop the spread of antibiotic resistance, UC San Francisco scientists are urging hospitals around the country to stop buying meat from animals that were given antibiotics for growth promotion.

Experts warn that the overuse of antibiotics in animal agriculture is endangering human health. Agricultural use accounts for nearly 80 percent of the antibiotics sold in the United States, and the vast majority are from classes used to treat infections in people.

“This practice encourages the development of resistance,” said Thomas B. Newman, MD, MPH, professor of epidemiology and biostatistics, as well as pediatrics at UCSF, and an author of the commentary, which appeared in the Oct. 15 issue of the American Journal of Public Health. “Antibiotics are now more and more recognized as a precious resource that needs to be managed sustainably.”

Humans come into contact with resistant bacteria through proximity to animals and also by being exposed to manure in fields and farm runoff, as well as by eating or touching undercooked meat or the surfaces where the meat was prepared.

The Infectious Diseases Society of America estimates that antibiotic resistance is costing the U.S. health care sector between $21 and $34 billion a year.

The Infectious Diseases Society of America estimates that antibiotic resistance is costing the U.S. health care sector between $21 and $34 billion a year. Last year, the White House announced a plan to combat antibiotic-resistant bacteria, but the authors said it was inadequate, because it does not set targets to reduce antibiotic use in animal agriculture. The White House plan also defers to voluntary guidelines for the agricultural industry set by the Food and Drug Administration, which continues to allow the routine use of antibiotics in feed for disease prevention.

“Because the actions of federal legislators and regulators remain insufficient, it is time for the health care sector to expand its stewardship over these lifesaving drugs beyond clinical practice,” said Michael J. Martin, MD, MPH, MBA, an assistant clinical professor of epidemiology and biostatistics at UCSF and the lead author of the opinion.

The authors said health care providers have an ethical imperative to oppose the overuse of antibiotics and should lead on this issue, just as they have with public health campaigns against smoking.

“Hospitals have a moral responsibility to serve the community and patients,” Martin said.

The authors acknowledged antibiotic-free meat may cost more and may be hard to find in large quantities. But, they said, if enough institutions started to buy it, they would create a market, and prices would drop. In 1998, the authors noted, the National Research Council estimated that eliminating the use of non-therapeutic antibiotics in animal husbandry would cost less than $10 per person a year in today’s dollars.

UCSF’s experience has shown that a large medical center can find affordable and ample supplies. Dan Henroid, MS, RD, director of nutrition and food services at UCSF Medical Center, said that in making the switch, the price of chicken has not gone up, although the price of beef has. But, he said, that has not deterred customers, 80 percent of whom are hospital employees, students and visitors, from buying it.

“People are asking for healthy food for themselves and the planet,” he said. “And they’re willing to pay for it.”

Sapna E. Thottathil, PhD, senior associate of supply chain programming at School Food FOCUS, a program of the Tides Center in San Francisco was also an author of the paper.