A virus is nature’s efficient little killer. It can invade a cell, take over its inner machinery, trick it into making more virus DNA and escape with a new posse of virus children (often killing the host in the process). They’re really good at what they do, and we’ve been able to harness their skills to learn about – and potentially improve – human health in several ways.

Viruses Show Us the Truth About DNA 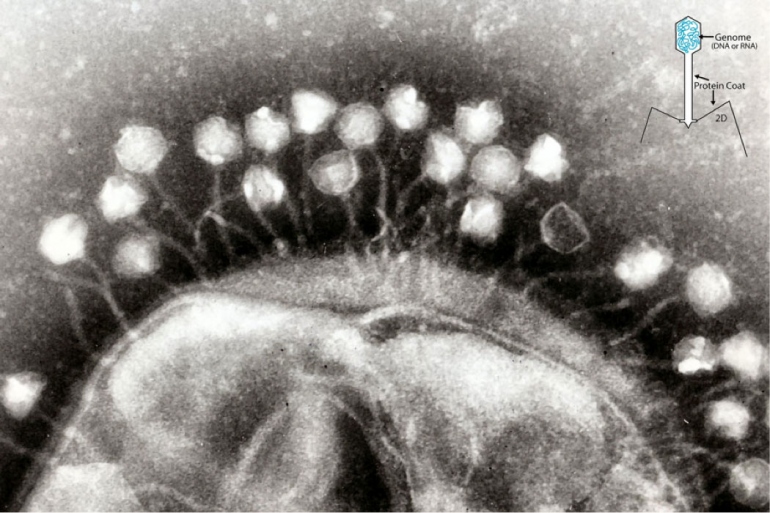 A virus called Phage T2 played a starring role in experiments that proved DNA contains the stuff of life.

We take it for granted that life is coded in DNA, but in the 1950s many scientists thought proteins contained our genetic material instead. A virus called bacteriophage T2 helped clinch the debate in DNA’s favor in what are now famously known as the Hershey-Chase experiments.

T2 creates copies of itself by injecting its genetic material into bacteria, where it uses the cell to reproduce. Alfred Hershey and Martha Chase created two sets of radioactive T2 viruses – one with glowing protein and one with glowing DNA – and set them loose on bacteria.

The experiment showed that infected bacteria lit up only when exposed to glowing DNA, proving that DNA had been passed on to the cells, while the glowing protein was discarded. Here’s an animated explainer from UC Davis. 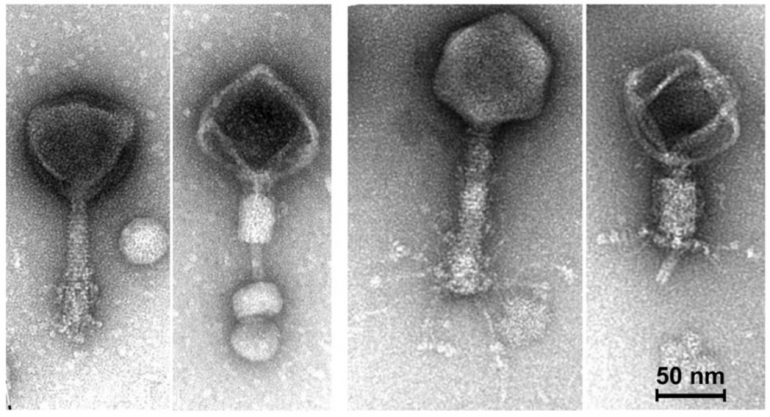 Bacteria-eating viruses helped scientists discover a new way to genetically modify cells in just about any organism – including humans.

Bacteriophages are viruses that reproduce by injecting their DNA into bacteria, often killing the bacterium in the process. But in the 1980s, it was discovered that bacteria have a natural defense system, and scientists have recently learned to use this system to engineer DNA on command. It’s called CRISPR/Cas9, and it’s proving to be a cheap, fast and accurate way to manipulate DNA in the lab.

A powerful “search and replace” tool, CRISPR/Cas9 allows scientists to “train” cells to hunt down specific genes to disable them, and even to repair faulty genes by swapping in single genetic “letters.” Many believe that CRISPR/Cas9 will be used to treat diseases in the near future. Scientists recently used CRISPR/Cas9 to successfully modify human T cells to better fight HIV and cancer. 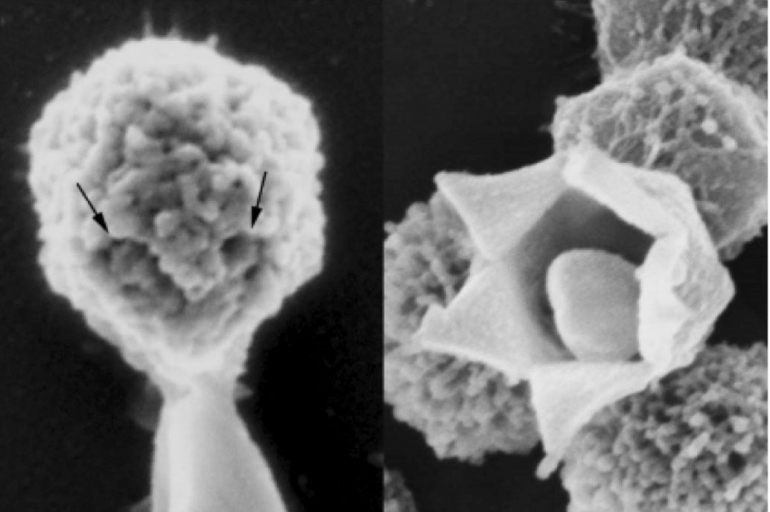 On the left, arrows point to the openings of the “stargate” of the giant Mimivirus; on the right, a Mimivirus with its stargate wide open. Image credit: Zauberman et al./PLoS Biology

In 2003, scientists accidentally discovered the largest virus ever recorded. It’s called the Mimivirus and, after 10 years of suffering from mistaken identity, genetic sequencing proved that it was not bacteria but the strangest virus anyone had ever seen. It’s about 20 times bigger than the average virus and it contains genes previously thought to belong only to cellular life.

And it has a stargate: a five-pronged opening on the side of the virus’ head opens to release genetic material, infecting a host cell to create more viruses. Fortunately, it only attacks amoebas.

But Mimivirus isn’t alone. Since 2003, scientists have discovered three more giant viruses. The latest, Pithovirus, was discovered last year in 30,000-year-old Siberian permafrost – and it turns out it’s still infectious after a good thaw.