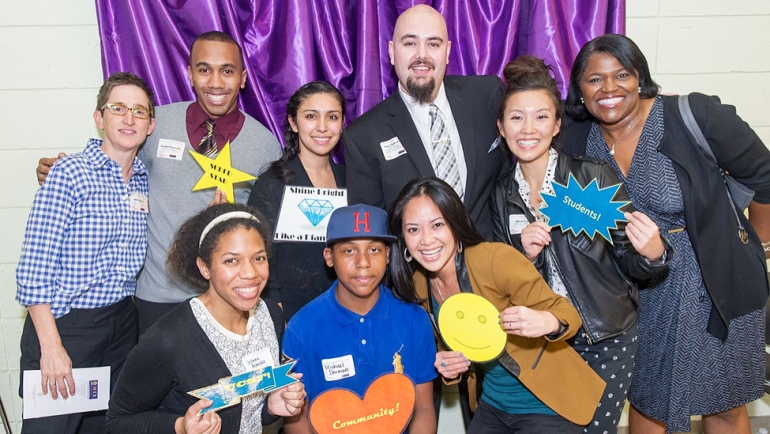 UC San Francisco celebrates the diversity of its campus community during Diversity Month, with events held throughout the month of October. The annual theme of the month is “Building Community at UCSF.”

“We honor and celebrate the rich social, cultural, and ethnic diversity of our campus community,” said Renee Navarro, PharmD, MD, vice chancellor of Diversity and Outreach. “I encourage all to attend one of our many inspiring, thought provoking, and celebratory events.”

Highlights of the month include the Health Disparities Research Symposium IX, the Latino Heritage Month Celebration, film screenings on the Parnassus Campus and at San Francisco General Hospital and the lecture, Fostering Diversity in America. For a complete list of events, please visit the Diversity and Outreach events page.

This year, UCSF also will honor 13 diversity champions at the 2015 Chancellor Diversity Awards on Oct. 20. These outstanding individuals are leaders, activists and pioneers in their respective fields and to the communities in which they serve.

Chancellor Diversity Award for the Advancement of Women 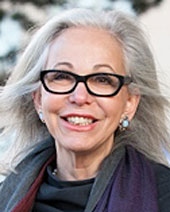 Under her leadership, NIH funding has flourished the department is made up of 35 percent women and one-half the residents are women.

“Winning this award is the thrill of a lifetime,” Ascher said. 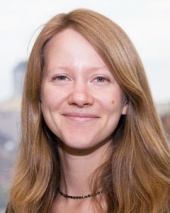 Katherine Thompson-Peer, PhD, received her bachelor's degree from the University of Pennsyvlania, worked in a lab at Johns Hopkins, and earned her PhD from Harvard University. She is currently at postdoctoral fellow at UCSF.

She is interested in a better understanding of how neurons develop, and how they respond to injury.

“My time at UCSF has been about finding and creating communities,” she said. “Most everything I've done has been a collaborative project with other women, with other postdocs, and with other members of the UCSF community. I am honored that my contributions are being recognized, and I want to thank all my colleagues who have inspired, challenged, and collaborated with me.

“Winning this award re-inspires me to work to improve the conditions for women at all levels, both within UCSF and within the scientific community,” she added. “Small-scale, local changes can make a big difference. I want to encourage everyone to speak up if they have ideas for improvement.” 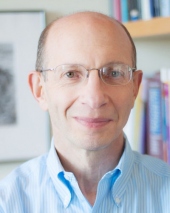 Dan Lowenstein, MD, is the executive vice chancellor and provost, the Robert B. and Ellinor Aird Professor and vice chair of Neurology at UCSF.  He received his BA in Mathematics from the University of Colorado and MD from Harvard Medical School, and completed neurology residency training at UCSF.  Lowenstein is a clinician-scientist who cares for patients and studies both basic science and clinical aspects of epilepsy, and he is actively involved in a wide variety of educational programs across the UCSF campus.

“This award is a recognition of the remarkable commitment of our students to bring mental illness and other disabilities out of the shadows by increasing our awareness of ‘suffering in silence’, and seeing that our capacity to help our patients is connected to the compassion and support we share with one another,” he said. 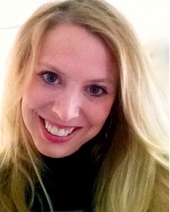 Lisa Meeks, PhD, is the director of Medical Student Disability Services. Prior to her appointment at UCSF, she represented students at Case Western Reserve University and the Cleveland Clinic’s Lerner College of Medicine, where she served as the assistant director of Disability Services and served as the primary provider for health science programs.

Lisa specializes in disability as a form of diversity; culturally competent medical education; and professional communication for students with disabilities. She is the co-founder and President Elect of the Coalition for Disability Access in Health, Science and Medical Education and co-editor and author of the pioneering text on disability access for health science programs.

“This award is a testament to the broader work of the entire UCSF community,” Meeks said. “Winning this award reinforces for me that UCSF is committed to ensuring access in all programs and to addressing and contextualizing disability as part of a greater commitment diversity where everyone's talents are recognized and valued.” 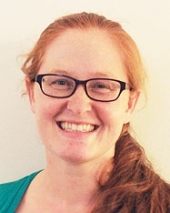 Cricket Fisher is a fourth-year medical student applying in Internal Medicine. Her professional interests include hospitalist medicine, care for the urban underserved and medical education. During medical school, she has had the opportunity to work to decrease stigma surrounding mental health through participation in Mental Illness Among Us, Mental Well-Being In Transition and mentoring individual students.

Fisher has had two children during medical school and mentored many female students regarding work-life balance and how to manage pregnancy and maternity leave.

“I am honored to receive this award for my work promoting mental health and work-life balance among medical students,” she said. “It has been a privilege to use my prior skills and experiences to help students develop strategies for self-care in these critically important domains. This award also reflects a growing recognition of the prevalence of mental health conditions among medical providers. I hope to continue to work together to decrease stigma and promote wellbeing in all our communities.” 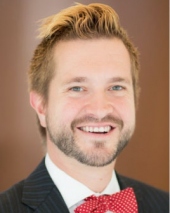 Lunn is also the principal investigator of PRIDEnet, a PCORI-funded national patient-powered research network dedicated to SGM health. He serves on the Advisory Committee for the Medical School Campus Pride Index and the American Society of Nephrology’s Diversity and Inclusion Work Group. Mitch earned his BS degree with highest thesis honors from Tufts University and his MD degree from Stanford University. He is currently pursuing advanced training in education and clinical research.

“Being honored with the Chancellor’s Award for Gay, Lesbian, Bisexual, and Transgender Leadership is a true testament of the continued support and love that my family and friends have given me as I pursue my passion – working to eliminate LGBT health and healthcare disparities,” he said. 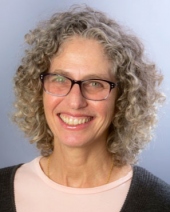 Erica Monasterio, RN, MN, holds a joint appointment as a clinical professor in the School of Medicine and the School of Nursing at UCSF and is the director of the Family Nurse Practitioner program. She has spent 30 years working with vulnerable, underserved adolescents and young adults and training health care professional students, practicing providers, parents and educators to work effectively and compassionately with adolescents.

Her anti-bias, community empowerment and health equity work has its roots in the women's health movement of the early ‘70s. She has served on the Chancellor’s Advisory Committee on Gay, Lesbian, Bisexual and Transgender Issues, has been an active member of the Diversity in Action (DIVA) committee of the UCSF School of Nursing since 2008, and has served as co-chair of DIVA since 2009.

In her role as the director of the FNP program, she has pursued a dual agenda of expanding training opportunities for underrepresented in nursing students with the goal of building an advanced practice nursing workforce that reflects the populations we serve and focusing didactic and clinical training priorities to assure that all students are adequately prepared to work effectively with vulnerable populations.

“I am honored and gratified to have been designated to receive this acknowledgement, but sincerely believe that this award has been earned by the DIVA Committee, not by any one individual, most particularly in this case, me,” Monasterio said. “I see this award as an acknowledgement of the challenging, sometimes difficult and always essential work that committed people in the School of Nursing have been doing for over 20 years. I am proud and touched that I was chosen to receive that acknowledgement.” 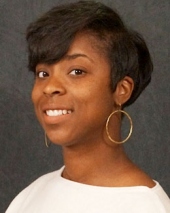 Markita Mays, a native of San Francisco, is on staff at the UCSF/SFGH Child Trauma Research Program. Markita earned her BA in Human Biology at Brown University, with an emphasis on African American Studies and later pursued her master’s degree in Social Work, focusing on Children, Youth, and Families from California State University, East Bay. Her graduate and post-graduate trainings were completed at East Bay Agency for Children’s Therapeutic Nursery School, Early Intervention Services at Children’s Hospital, Oakland, and at the UCSF/SFGH Child Trauma Research Program.

“I stand, represent and speak in support of racial consciousness,” she said. “Remaining in an unconscious state about race in our country is no longer an option,” she said. “I am a strong advocate of shifting the way we educate and train professionals where reality is dealt with head on. When you award me, you award what I stand for, you award my values and you award infrastructures that are built to dismantle injustices.” 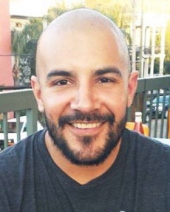 Nicolas E. Barcelo (Group Award) attended Stanford University and graduated in 2007. He spent several years before medical school working in international development as well as for the Obama campaign of 2008 and in biotech, where he participated in the development a novel diagnostic test for malaria. He entered UCSF in 2011 and has been a member of the PRIME program as well as a national officer of the Latino Medical Students Association (LMSA). After completing a year of independent research, Nicolas has since returned to complete his medical degree and is currently applying to residency programs in Psychiatry.

“I chose UCSF because it is a national leader in progressive initiatives to collaborate with marginalized and vulnerable communities. As evidenced by its recent activity, it is unwilling to become complacent in this process," he said. "The White Coats for Black Lives effort was targeted at the contributors to health disparity in communities of color and intended to maintain our individual and collective sense of urgency for change. This award, as well as the new initiatives supported by the Office of Diversity and Outreach and the Deans Office, provides a very rewarding sense of progress for the UCSF community, for San Francisco, and for California.” 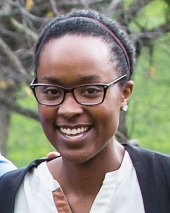 Sidra Bonner (Group Award) is a third-year medical student in the UCSF-PRIME US program. She graduated from Cornell University in 2012 and subsequently spent a year in AmeriCorps serving as a Community HealthCorps navigator at Salud Family Health Centers, a federally qualified health center in Commerce City, Colorado. Since entering UCSF, she has been involved in several campus and community based programs and initiatives focused on diversity in medicine through the Student National Medical Association, Underrepresent in Medicine, White Coats for Black Lives, Student Finance Survey Committee and Admissions Advisory Committee.

“For me, this award is a symbol of a new culture of medicine that recognizes that subjectivity and objectivity are both inherent to the practice of medicine and we in medicine are no more impermeable to problems in society, such as racial discrimination, gender bias and socioeconomic inequity, than any other institution, system or individual in this country," she said. "As just one of the many students involved White Coats for Black Lives movement, I believe this award signifies the beginning of collective action and sustained dialogue that will allow us to fulfill our special obligation to all members of society with more compassion and honesty." 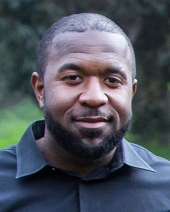 Frederick Jamison (Group Award) was born in Brooklyn, N.Y., but spent most of his formative years in Miami. He joined the U.S. Army after high school and spent five years in the service. When Frederick’s time in the military was over, he worked as a network engineer for Verizon Communications. While working full time as a network engineer; he pursued a BS in Biology from Howard University. While he was comfortable as a network engineer, he still felt a hunger to serve others. Medicine was the best avenue for that service.

“This award represents all of the hard work of the members of White Coats for Black Lives. I have had the honor to work with incredible people in my time in medical school. Many of us have a vision for equality and we continue to fight for that vision!”