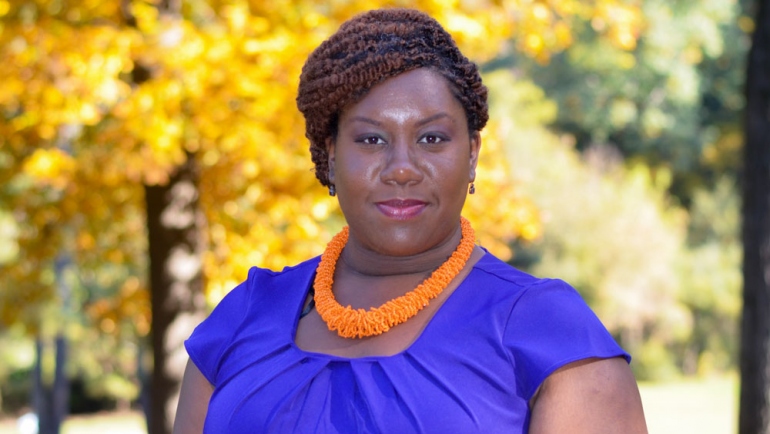 Before returning home to pursue her PhD in sociology at UC San Francisco, Rashon Lane had one last mission across the globe: go to Africa to help understand the Ebola epidemic.

Lane, who works for the U.S. Centers for Disease Control and Prevention primarily in cardiovascular research, joined a special response team that arrived in Sierra Leone in May, nearly a year after the start of the 2014 outbreak there. “At that point, we understood the disease progression, but it was still unknown why people continued to practice behaviors that would cause them to transmit Ebola,” she says.

The country was in dire need of insight into why some groups of people were not adhering to medical treatment, or running away from quarantines or washing the bodies of the dead. “To contain Ebola, we have to understand not only the biological and clinical aspects of disease transmission, but also the very different issues of how people interact and what are their concerns, fears and worries,” Lane explains.

A particular misunderstanding with wide-reaching health consequences turned out to be rooted in the local language. Foreign ambulances had arrived en masse after the outbreak began, racing through villages with sirens wailing. People were terrified of the speedy, noisy vehicles driven by people in hazmat suits that whisked their loved ones away, possibly forever. 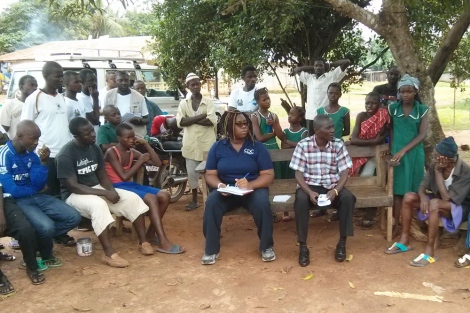 Through focus group interviews, Lane helped a CDC health promotion team uncover that a big problem was that the sirens actually screamed out the word “bye-bye” in the native Temne language.

With that understanding, the Port Loko Ebola Response Team provided some health education and slowed down and quieted the ambulances as they passed through villages, which helped the local people accept ambulance transportation of the ill, reducing exposure to others.

Lane plans to continue her studies in understanding issues of health equity at UCSF. The Richmond, Calif., native chose the Graduate Division program here “because I felt that the faculty members’ focus on race, health inequality and gender issues would provide the necessary support and mentorship,” to advance her career in public health, she says.

As Lane embarks upon her sociology studies, she brings with her an enduring appreciation for the resiliency of people following traumatic events like the Ebola outbreak.

She emphasizes that even when there are no more infections, the survivors will be dealing with the aftermath for the rest of their lives, including ongoing emotional, social and economic aftershocks. “There is definitely a lot of work to be done even after the county is declared Ebola-free,” she says.