A national risk model that gauges a woman’s chance of developing breast cancer has been refined to give a more accurate assessment. The revised figures, based on data from more than one million patients, reveal a 300 percent increase in a subset of women whose five-year risk is estimated at 3 percent or higher.

In a study published August 17 in the Journal of Clinical Oncology, researchers updated their current breast cancer risk model, which includes density categories — an important factor in determining the possibility of developing the disease – to one that also includes benign biopsy results.

The first version of the Breast Cancer Surveillance Consortium risk model does not account for non-malignant proliferative conditions diagnosed via biopsy. These include atypical ductal hyperplasia, which raises risk 3.5 to 5 times higher than those without the condition, and lobular carcinoma in situ, which raises risk to 7 to 11 times higher, according to the American Cancer Society. 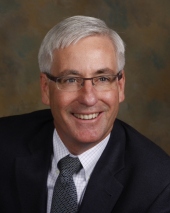 The researchers, led by Jeffrey Tice, MD, of UC San Francisco, analyzed data from 1.1 million racially diverse women, aged 35 to 74, undergoing mammography with no history of breast cancer. During follow-up averaging 6.9 years, close to 18,000 women were diagnosed with invasive breast cancer, defined as malignancy that had spread outside the lobules, or milk ducts, and had invaded healthy tissue.

When women with proliferative findings were identified, researchers discovered that the number whose risk for breast cancer was 3 percent or higher had swelled from 9.3 percent in the first version of the risk model to 27.8 percent in the updated model.

“This revised model enables us to more accurately identify those women whose risk may merit use of chemoprevention. For these women, the benefits of medications that prevent breast cancer generally outweigh the harms,” said Tice, from the UCSF Division of General Internal Medicine at the Department of Medicine and corresponding author of the paper.

Chemoprevention entails the use of selective estrogen receptor modulators, such as tamoxifen and raloxifene, which block the hormone that fuels tumor growth in some breast cancers. The drugs can reduce the risks of breast cancer by more than one third.

Tice believes that the new data boosts the benefits of the existing model, which calculates risk by age, race/ethnicity, family history of breast cancer and breast density.

“This new information will enable women to work with their physicians to implement an optimal screening and risk reduction plan to reduce their chances of breast cancer,” Tice said.

In 2014, more than 232,000 women in the United States were diagnosed with breast cancer. Approximately 40,000 women die of the disease each year.