Smokers who successfully lowered their nicotine intake when they were switched to low-nicotine cigarettes were unable to curb their smoking habits in the long term, according to a study by researchers at UCSF and San Francisco General Hospital and Trauma Center.

The study, published online July 22 in the journal Addiction found that levels of cotinine, a derivative of nicotine measured in the blood, plummeted six months after smokers’ regular cigarettes were replaced with low-nicotine ones. But levels started to rebound later into the study when smokers returned to regular cigarettes, suggesting that use of low-nicotine cigarettes alone may be ultimately ineffective in weaning smokers off tobacco. 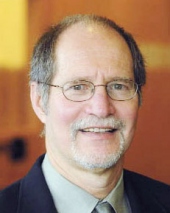 Researchers led by Neal Benowitz, MD, recruited 135 smokers who had no imminent plans to quit, but were interested in trying low-nicotine cigarettes. Fifty-five of the smokers were told to continue smoking their regular brand, which was provided at no cost, while 80 were instructed to smoke “research cigarettes” with progressively lower levels of nicotine, also provided free of charge. The nicotine was eventually tapered to just 5 percent of that used in regular cigarettes.

Both groups were asked to smoke as desired, but the research cigarette smokers were told to avoid regular cigarettes and other tobacco products. Smoking cessation manuals were given to participants interested in quitting.

At 12 months, provision of both regular and research cigarettes was terminated and both groups’ cotinine levels continued to be monitored for a further year. At the start of the study, the research cigarette group had an average cotinine level of 250ng/ml, which dropped to 113ng/ml at six months. But an upswing was evident at the 12-month mark, which continued to rise as smokers returned to their usual brands, and approximated that of the group that had consistently smoked regular cigarettes.

“We don’t know that very low nicotine cigarettes will not reduce nicotine dependence, but progressively reducing nicotine content of cigarettes in the way that we did, without other means of supporting smokers, did not produce the desired results,” said Benowitz, a professor in the UCSF departments of Medicine and of Bioengineering and Therapeutic Sciences, who conducts research at the San Francisco General Hospital and Trauma Center (SFGH) Division of Clinical Pharmacology and Experimental Therapeutics, Medical Service.

The authors attributed the rebounding cotinine levels in the research cigarette group to noncompliance.

“The results might have been different if regular cigarettes were not freely available, as would be the case if all cigarettes were mandated to be low in nicotine,” he added.

Smokers who received research cigarettes had stated that they consumed an average 20 cigarettes daily at the start of the study. This fluctuated slightly during the first 12 months and plunged to a reported 13 cigarettes at the two-year mark.

Federal regulation of the nicotine content of cigarettes was proposed in 1994 by Benowitz and colleague Jack Henningfield, PhD, at Johns Hopkins Medicine, as a tool to reduce nicotine dependency. The researchers hypothesized that very low levels of nicotine would prevent new smokers from becoming hooked and facilitate quitting for long-term smokers. The Family Smoking Prevention and Tobacco Act of 2009 authorized the FDA to reduce cigarette nicotine content.

“While reduction of the nicotine content in cigarettes is being considered as a national regulatory intervention to make cigarettes less addictive, our study indicated that this reduction is not likely to be effective if alternative, higher nicotine-containing cigarettes are readily available,” Benowitz said.

“Nicotine reduction would work best in the context of public education, easy access to smoking cessation services and the availability of non-combustible sources of nicotine for those who have difficulty stopping nicotine completely.”

Approximately 18 percent of American adults smoked in 2013, according to the latest figures from the Centers for Disease Control and Prevention.

Co-authors of the study are Natalie Nardone, PhD; Katherine Dains, PhD; Delia Dempsey, MD; and Peyton Jacob, PhD, from the Division of Clinical Pharmacology and Experimental Therapeutics, Medical Service at San Francisco General Hospital and Trauma Center. Jacob and Sharon Hall, PhD, are from the UCSF Department of Psychiatry. Susan Stewart, PhD, is from the Department of Public Health Sciences at UC Davis.

The study was supported by U.S. Public Health Service grants from the National Cancer Institute, National Institute on Drug Abuse and the FDA Center for Tobacco Products. Research cigarettes were provided by Philip Morris, which had no involvement in the design and implementation of the study. First author Benowitz is a consultant to several pharmaceutical companies that market smoking cessation medications. He has served as a paid expert witness in litigation against tobacco companies. Co-author Hall has received material support for a clinical trial from Pfizer. The other authors have no conflicts to declare.