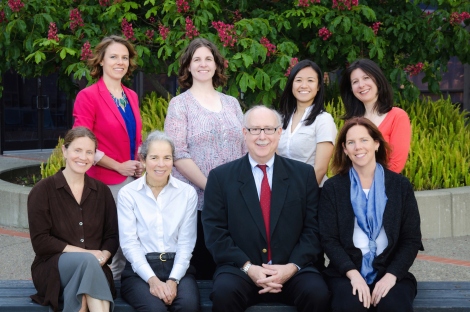 The UCSF Center for Health and Community has been chosen by the Robert Wood Johnson Foundation to lead the Foundation’s “Evidence for Action” initiative. Along with that honor comes $9 million to support research on how specific interventions and policy changes may improve population health, well-being and equity.

“Evidence for Action,” based at the Center for Health and Community, is one of three new programs announced by the foundation to develop the evidence needed to support the Foundation’s vision of building a 'culture of health', which enables everyone to live the healthiest possible lives. Funded projects will increase understanding of effective policies and interventions spanning health care services, public health and community conditions as well as those from other fields altogether, such as transportation or housing.

“We are honored to have been selected to direct this important initiative,” said Nancy Adler, PhD, who heads the Center for Health and Community and directs the Evidence for Action National Program Office along with David Vlahov, RN, PhD, dean of the School of Nursing. “The research grants we award through Evidence for Action will help us better understand whether and how changes in programs, policies and behaviors are linked to changes in health outcomes.”

Learn more about the program and how to submit a proposal. The team is also hosting an informational webinar on July 22.

“What is exciting about our program is that we get to build evidence,” said Erin Hagan, PhD, MBA, deputy director of Evidence for Action. “We get to invest in research and ideas that may not yet have strong evidence, but have the potential to move the needle on improving population health and health equity.”

The Evidence for Action office publicly announced their launch in June. They released their first call for proposals and hosted a webinar to introduce the program and describe their priorities. More than 800 groups signed in to the webinar, and the office has received more than 80 letters of intent so far. The team is hosting a second webinar on July 22 to further clarify the requirements for a proposal, based on the letters of intent they have received to date.

There is no deadline for proposal submission, as the program is accepting grant applications on a rolling basis for the next three years. Funding is available to any U.S.-based researcher.