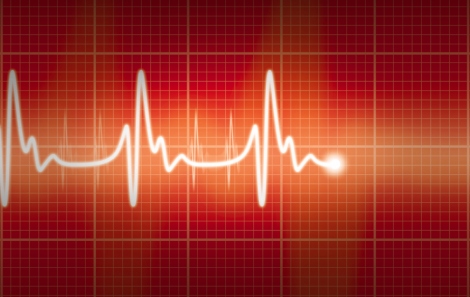 Common extra heartbeats known as premature ventricular contractions (PVCs) may be a modifiable risk factor for congestive heart failure (CHF) and death, according to researchers at UC San Francisco.

The study, which is in the July 14 issue of the Journal of the American College of Cardiology (JACC), is based on more than a decade of research of 1,139 participants from the national Cardiovascular Health Study.

PVCs are extra, abnormal heartbeats that occur in the ventricles. They disrupt the heart’s regular rhythm but usually are no reason for concern or require treatment.

“We cannot exclude the possibility that PVCs are an ‘epiphenomenon’ or some marker of future heart failure,” said senior author Gregory Marcus, MD, MAS, director of clinical research in the UCSF Division of Cardiology. “However, as everyone in our study had no previous history of heart failure and had a normal left ventricle by an ultrasound of the heart, our data would appear to be quite convincing that PVCs represent an important predictor of the disease, causal or not. If indeed there is a causal relationship, this could represent a new approach to preventing heart failure from occurring in the first place.”

Earlier studies of patients presenting for catheter ablation suggest that PVCs are a modifiable risk factor for CHF. However, the relationship of PVC frequency, CHF incidents and mortality in the general population is unknown.

Congestive heart failure occurs when the heart does not pump enough blood to meet the body’s demands, resulting in reduced blood flow. CHF currently affects more than 5 million Americans, according to study background, and its prevalence is expected to increase by 25 percent in the next 15 years. Risk factors include obesity, diabetes and hypertension, but up 50 percent of cases have no known cause.

Catheter ablation is a minimally invasive procedure whereby thin, flexible wires called catheters are inserted into a vein and threaded into the heart. The tip of the catheter either delivers heat or extreme cold to destroy tissue responsible for the initiation and/or perpetuation of the abnormal heart rhythm.

The Cardiovascular Health Study is a community-based cohort study sponsored by the National Heart, Lung, and Blood Institute. Nearly 6,000 people age 65 or older were recruited from 1989-1993 and underwent background testing. They then were followed with annual clinical visits and semiannual phone calls for 10 years, followed by just phone calls every six months thereafter.

Among the 1,139 study participants examined for the JACC study, a higher frequency of premature ventricular contractions was associated with LVEF decline, increased CHF incidents and greater mortality.

Because PVCs can be prevented through medical or ablation therapy, this study indicates they may be a modifiable risk factor for congestive heart failure and death.

“Future studies will need to delve into identifying the exact types of patients, and likely the particular types of PVCs, most strongly associated with subsequent heart failure,” Marcus said. “Once that occurs, randomized trials among those higher-risk patients to catheter ablation of PVCs, for example, may be warranted.”