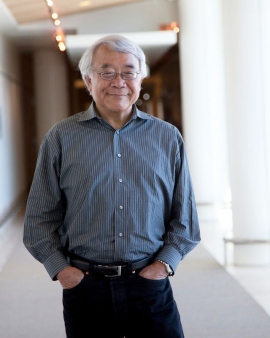 Keith Yamamoto, PhD, vice chancellor for research at UC San Francisco, has been named to a national advisory group to guide research and clinical decisions about the use of genome editing technologies to treat human disease.

Although researchers have studied the genetic basis of many diseases for years, changing the DNA sequence of a gene to cure disease was not possible. In recent years, however, a simple genome engineering method based on CRISPR-Cas9 has been widely applied to introduce or correct mutations in genes. The technique has been used to replace a mutated, disease-linked gene in mice, and to engineer stem cells into specific adult cells such as neurons or cardiac tissue.

But CRISPR-Cas9 and other techniques can also be used to edit genomes in reproductive cells, so these methods could be used to change genetic information that is passed from one generation to the next.

In an editorial published in Science earlier this year, Yamamoto and his co-authors described these possibilities as “a source of excitement and unease … especially in light of concerns about initiating a ‘slippery slope’ from disease-curing applications toward uses with less compelling or even troubling implications.”

“There is an urgent need for open discussion of the merits and risks of human genome modification by a broad cohort of scientists, clinicians, social scientists, the general public, and relevant public entities and interest groups,” they added.

As part of the National Academies’ initiative, an international committee spanning various disciplines will conduct comprehensive studies to understand the possible uses and risks of genome editing technologies, followed by an international summit. Yamamoto and other members of the advisory group – which includes scientific, medical, ethics and legal experts – are tasked with identifying the issues to be addressed by the study committee and the summit.