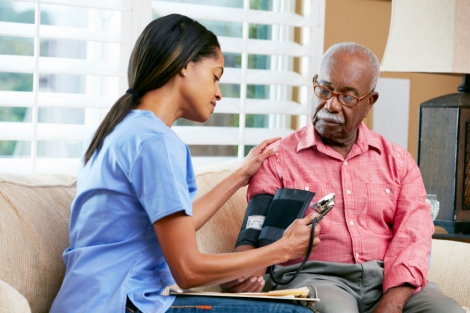 At least 2.5 million more workers will be needed to provide long-term care to older people in the United States between now and 2030, according to a study by UC San Francisco researchers published in the June 2015 issue of Health Affairs.

The study authors predict that there will be little effect on this demand for new workers even if long-term care use among different racial and ethnic groups changes significantly or if there is a major shift from institutional care to home-based care.

“Even if 20 percent of elderly patients move out of nursing homes into home health care, which would be huge change, the projected increase in demand for long-term care workers would only drop from 79 percent to 74 percent,” said lead author Joanne Spetz, PhD, professor at the UCSF Phillip R. Lee Institute for Health Policy Studies and associate director for research strategy at the UCSF Center for the Health Professions. “Filling these jobs will be a big challenge under any scenario.”

In the study, the authors analyzed current long-term care usage patterns by age, gender and race, and projected those patterns into the future. They then created a series of alternative scenarios in which different racial and ethnic groups increased or decreased their current usage, and in which all groups shifted from nursing home care to home health care or assisted living.

“In the end, to our surprise, none of these changes made a substantial difference in the projected demand for long-term care workers,” said Spetz. “We’re looking at a big increase in jobs, no matter how the demographics play out.”

The occupations predicted to grow the most over the next 15 years are counselors and social workers at 94 percent, community and social service workers at 93 percent, and home health and personal care aides at 88 percent.

“In terms of sheer numbers, the greatest need is going to be for home health and personal care aides, with well over one million additional jobs by 2030,” said Spetz. “The challenge is that these are currently very low-paid, high-turnover, entry-level positions. A lot of people in these jobs are living in poverty while working full time. We have to figure out how to make them sustainable.”

Only a few states have any kind of training requirement for home health or personal care aides, noted Spetz. In addition, she said, “there is not much evidence that these jobs are ladders to higher-skilled health occupations. Unless the system begins to offer these workers a pathway for moving into nursing or case management, for example, these jobs will continue to be a revolving door to unemployment and jobs in other low-wage industries.”

The study was supported by funds from the Health Resources and Services Administration of the U.S. Department of Health and Human Services.