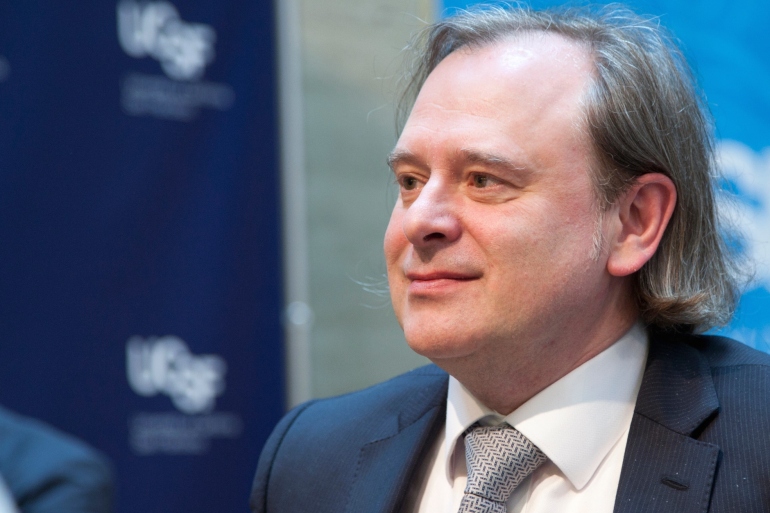 Facing Our Risk of Cancer Empowered (FORCE), the nation’s only nonprofit organization dedicated to fighting hereditary breast, ovarian and related cancers, announced the recipients of its 2015 Spirit of Empowerment Awards on June 1.

Ashworth was a key part of the team that discovered the BRCA2 gene in 1995. Ten years later, Ashworth identified a way to exploit genetic weaknesses in cancer cells, including mutated BRCA1 and BRCA2, leading to a new approach to cancer treatment known as PARP inhibitors, which have now been approved for clinical use.

His current research reflects his passion for the development of personalized cancer medicine, translating laboratory studies into improvements in patient care. Dr. Ashworth has been the recipient of numerous scientific awards and is a Fellow of the Royal Society.

“Our Spirit of Empowerment awards recognize individuals and organizations that have made a difference for FORCE, the members of our community and the millions of people potentially affected by hereditary breast, ovarian and related cancers,” said Sue Friedman, FORCE executive director.

The awards will be presented June 20, 2015, at the ninth annual Joining FORCEs Conference in Philadelphia, Pa.