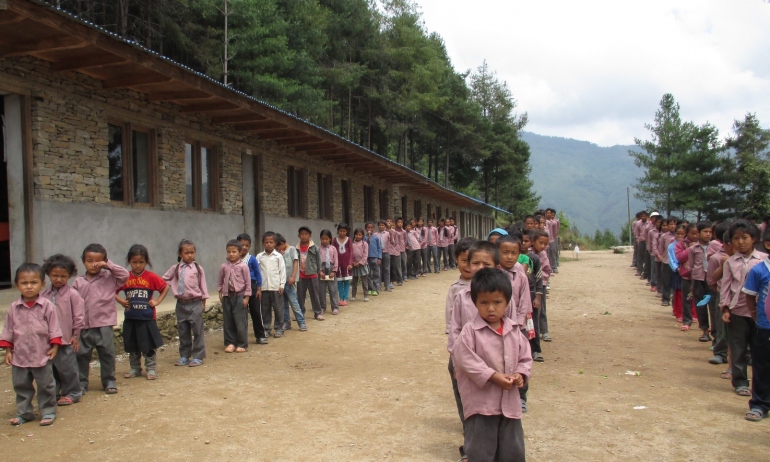 In the aftermath of the devastating 7.8 earthquake that devastated Nepal and its surrounding areas, UC San Francisco business analyst Wayne Cheung is anxiously awaiting word from his contacts in Nepal regarding the status of one of two schools he helped build and other infrastructure projects his non-profit has been working on for the last eight years. The schools and other structures are located in the villages of Nakote and Nurbuling. 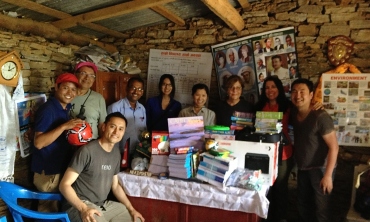 Wayne Cheung, front left, and other volunteers in Nepal take a moment for a group photo. Photo courtesy of Wayne Cheung

“Everything is demolished in the region,” he said. “The houses are flattened. I heard that one of the two schools is still standing but several of the children were killed and others have lost their homes.”

Cheung has been using a variety of communication channels to try and reach his contacts in four villages and three different regions of the country. “I’ve been using social media, instant messaging, phone calls, Skype, very little is working,” he said.

Cheung learned of the opportunity to help the Nepalese people when a friend told him that the only school, located in a remote village of the Himalayan foothills, had been destroyed in a landslide. Children from surrounding villages had to hike several hours each way just to attend classes in Nakote all the while, arriving to learn in outdoor makeshift tents that posed considerable safety hazards.

Inspired by what he witnessed as tremendous student and community tenacity for education, despite the lack of proper infrastructure and resources, Cheung started recruiting volunteers and fundraising in the San Francisco Bay Area, New York, Japan, Hong Kong, China, and Nepal. These efforts resulted in the formation of Nepal Education Initiative Organization (NEIO).

Wayne said the Nurbuling school is still standing but an office and kitchen that were built prior to NEIO have been damaged. He hasn’t heard if the first school NEIO built in Nakote is still standing.

For the rest of the story, visit the Campus Life Services website.