Renowned UC San Francisco pioneers in cancer, biochemistry, medical genetics and pharmaceutical sciences have been elected as members of the American Academy of Arts and Sciences, which recognizes the world’s most accomplished leaders in science, humanities, arts, business and public affairs.

The Academy’s class of 2015, announced on April 22, has 197 new members, including four members of the UCSF faculty: 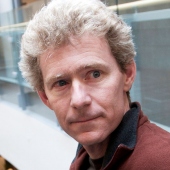 Among his achievements is inventing the ViroChip, which uses new genomics techniques to identify all known viruses and pathogens in a single test.

DeRisi also has helped detect previously unknown pathogens, such as the SARS coronavirus, and has developed promising drug candidates for malaria and a vaccine model to prevent it. 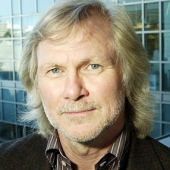 McCormick is an internationally renowned molecular biologist who helped pave the way toward the development of targeted cancer therapies.

McCormick previously led the Helen Diller Family Comprehensive Cancer Center, and has taken on a new national leadership role as director of the National Cancer Institute RAS Initiative, which focuses on the mutated protein RAS that’s involved in a third of all cancers. 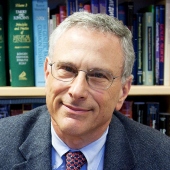 Robert L. Nussbaum, MD, leads the UCSF Division of Medical Genetics and holds the Holly Smith Distinguished Professorship in Science and Medicine at UCSF. He is a member of the executive committee of the UCSF Institute for Human Genetics and directs the recently formed Genomic Medicine Initiative at UCSF.

A leading human geneticist and neuroscientist, Nussbaum studies the genetic underpinnings of diseases ranging from Parkinson’s to cancer. His current work includes developing more targeted and personalized treatments for cancer patients, and identifying whether whole exome screening is viable and useful as a newborn screening method. 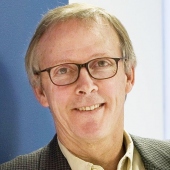 James A. Wells, PhD, chairs the Department of Pharmaceutical Chemistry in the UCSF School of Pharmacy and is the Harry Wm. and Diana V. Hind Distinguished Professor in Pharmaceutical Sciences at UCSF. Wells studies signaling processes in human cells to find both activators and inhibitors of cancer pathways.

Wells focuses in particular on pathways involved in cell death and inflammation to develop new therapies to fight cancer by interfering with a tumor cell’s ability to grow.

These accomplished four join 57 other UCSF faculty members who have been elected to the Academy in previous years. The new class will be inducted at a ceremony on Oct. 10 at the Academy’s headquarters in Cambridge, Mass.

Since its founding in 1780, the Academy has served as a scholarly society and independent policy research center, convening leaders from the academic, business, and government sectors to address critical challenges worldwide and providing nonpartisan policy advice to decision-makers in government, academia, and the private sector.

The current membership includes more than 250 Nobel laureates and more than 60 Pulitzer Prize winners. A complete list of new members, as well as the Academy’s news release, can be found on the Academy’s website.