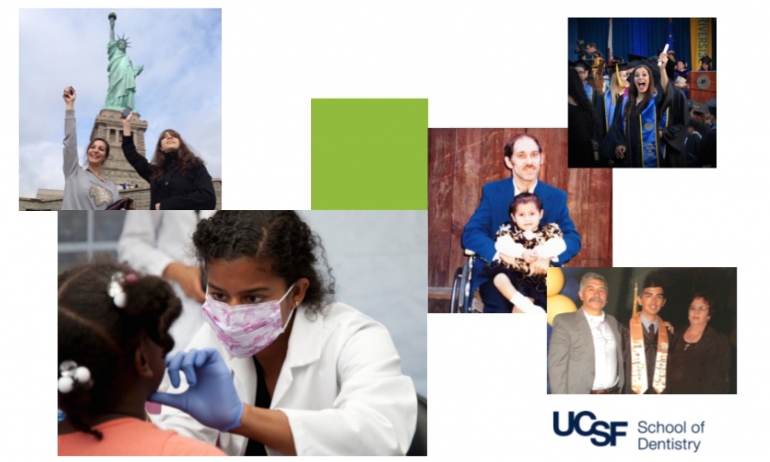 José Carrasco Sandoval, Laura Aguilar and Angie Celis typify the caliber of talent UC San Francisco attracts. These California residents are standout students who want to give back to their communities after they graduate. All three have been chosen to join the School of Dentistry’s Class of 2019.

Unlike most of their peers, all three are “DREAMers,” a term used to describe undocumented immigrants under the age of 31 who entered the United States before the age of 16 and have lived continuously in the country for at least five years while staying out of legal trouble. Those who meet these criteria outlined by the federal Development, Relief, and Education for Alien Minors (DREAM) Act are often referred to as “DREAMers.” 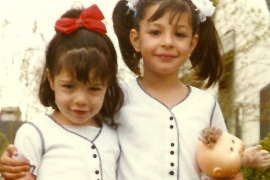 Laura Aguilar poses for a photograph with her sister when they were children growing up in Napa, Calif. Photo courtesy of Laura Aguilar 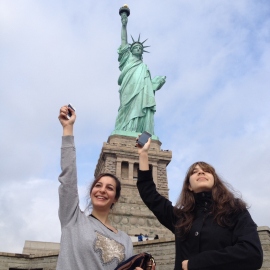 Laura Aguilar and her sister do an impression of the Statue of Liberty in New York City. Photo courtesy of Laura Aguilar

Carrasco Sandoval, Aguilar and Celis’ acceptance and enrollment at UCSF represent a particular milestone in the midst of shifting political winds. They will join Jirayut Latthivongskorn, a first-year DREAMer student in the School of Medicine.

“I was always hopeful that this day would come,” said Celis, who was born in Guatemala and immigrated to the San Fernando Valley with her family when she was two. “It took me longer to make it, but now I’m here.”

“Ever since I was in high school, I knew I wanted to be a doctor,” said Carrasco Sandoval, who graduated from UC Berkeley with a degree in molecular and cell biology. “I also knew from an early age that our family had a special condition we called sin papeles, which means ‘without papers’ in Spanish, and that realizing my dream would be a challenge without having legal citizenship.” His parents left their native Jalisco, Mexico, and settled down in Napa, Calif., when he was two years old.

Aguilar’s story is similar to Celis’ and Carrasco Sandoval’s. Her parents also made Napa their home after leaving Guadalajara, Mexico, when she was four. “I’ve wanted to be a dentist since I was young but remember thinking it didn’t seem possible because of my status,” she said. “I decided to just keep trying and to stay positive.”

The door to their dreams edged open with the Deferred Action for Childhood Arrivals (DACA) program, a new American immigration policy implemented by the Obama administration in June 2012. The policy allows certain immigrants — also known as “DREAMers” — to receive a renewable two-year work permit and exemption from deportation. 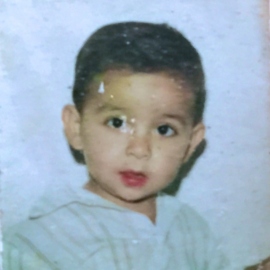 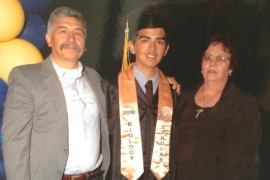 Because of DACA, “for the first time, I could apply for programs, internships, jobs, scholarships and financial aid to help pursue my professional goals,” Aguilar said. “Not to mention simpler things like getting a driver’s license, establishing credit and opening a bank account.”

UCSF has a long-standing commitment to building a broadly diverse student community. As such, its leadership, faculty and staff work hard to create programs that provide additional support for students from underrepresented groups.

“Students with diverse backgrounds, such as those with DACA status, bring an important component to the University,” said John D.B. Featherstone, PhD, dean of the UCSF School of Dentistry. “One of my highest priorities is that we do everything possible to open the doors to dental education for the best and the brightest, regardless of their social or economic backgrounds.”

All three dreamers are products of the UC system. Carrasco Sandoval and Aguilar pursued their undergraduate studies at UC Berkeley and UC Riverside, respectively, while Celis received a Master of Science degree in oral biology from UCLA.

As an initial introduction to UCSF, Aguilar attended the Office of Diversity and Outreach’s “Inside UCSF” program, an annual two-day event geared toward students at two- and four-year degree schools who are interested in pursuing careers in health and science. “The students and faculty I met at ‘Inside UCSF’ were very inspiring, welcoming and supportive,” she said. “They encouraged us to keep working and made us aware of available resources.” 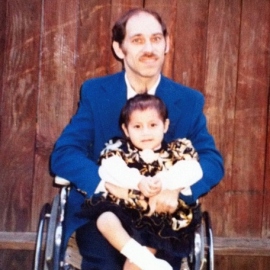 Angie Celis credits her step-grandfather (shown here) for helping her and her mother arrive in the United States safely. Photo courtesy of Angie Celis 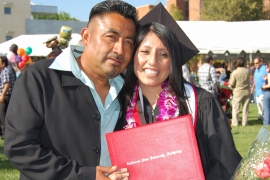 Carrasco Sandoval enrolled in a first-of-its-kind post-baccalaureate program offered by the School of Dentistry. “The purpose of the program is to help those who have demonstrated the ability to overcome hardship and who we think will ultimately be successful here,” said James Betbeze, assistant dean for enrollment management and outreach at the School of Dentistry.

“These students are three of the brightest, most driven individuals I’ve encountered,” said Daniel Ramos, DDS, PhD, a professor at the UCSF School of Dentistry who supported them through the process. “They’ve overcome insurmountable odds to be in a position to be able to help the community from which they came.

“DACA students are often particularly committed to underserved populations, because they may grow up in communities without ready access to dental care. They personally understand those challenges and have an inherent motivation to try and address them.”

Celis plans to continue being an activist in the immigrant community. “I feel an obligation to help the underserved community and to use my experience to help those who have hopes and dreams of going into higher education,” she said.

Carrasco Sandoval envisions working in a community dental practice. “At some point, I’d like to be a director for a community clinic, where I can help low-income and immigrant populations,” he said.

When Aguilar volunteered at a health clinic in Riverside, Calif., “I saw the adversities that others face and realized how lucky I was to have parents that supported my education,” she said. “I saw huge disparities, not just in health, but in education and in the way that people’s lives played out.” Aguilar tentatively plans to be a general dentist, and is also considering specializing in periodontics.

Like other young people with DACA status, Carrasco Sandoval, Aguilar and Celis see themselves as more than future dentists. Because of their backgrounds and the opportunities they’ve been given, each seeks to make life better for others.“The incredible and proud accomplishments of these students demonstrate that their aspirations go beyond the pursuit on an undergraduate degree,” said Alejandra Rincón, PhD, chief of staff to the Vice Chancellor of Diversity and Outreach, and author of a book focused on undocumented immigrants’ access to higher education. “We welcome these students and congratulate their families as they enter this new phase of their professional lives.”

“I’ve seen the good that comes from when someone believes in you and gives you a chance,” said Aguilar. “It has shaped the kind of role model I want to become.”