UC San Francisco garnered nearly $546.6 million of the highly competitive funds to support its top-caliber research at the University’s schools of Dentistry, Medicine, Nursing and Pharmacy, and the Graduate Division.

Below, a few highlights of how the NIH funds support UCSF researchers in changing the way we approach health and health care. 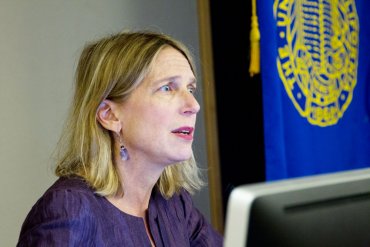 While HIV/AIDS treatment has improved significantly across the globe, communities still struggle to stop the spread of HIV.

That’s why UCSF researchers are studying SEARCH: a community-based trial of several hundred thousand people in Uganda and Kenya to test whether immediately giving antiretroviral therapy to anyone who tests positive for HIV is a viable public health strategy to stop transmission of the virus.

Diane Havlir, MD, chief of the HIV/AIDS Division at San Francisco General Hospital and Trauma Center co-leads SEARCH with Moses Kamya, MBChB, MMed, MPH, PhD, and chair of medicine at Makerere University in Uganda. Havlir is of the world’s leading AIDS researchers, and much of her work now focuses on studying the implementation of prevention and treatment services for HIV, tuberculosis and malaria in east Africa.

Havlir was recently awarded an NIH grant to find ways to help the nearly one-third of patients in African settings who test positive for HIV but fail to get treatment. Her team is trying to find ways to get around the testing delays and other obstacles – whether they are rooted in the attitudes of providers or the lack of financial resources among patients – that get in the way of treatment. For example, many providers need to be convinced of the urgency of immediately giving therapy to pregnant women who are HIV positive, since these drugs will stop transmission of the virus to the baby. 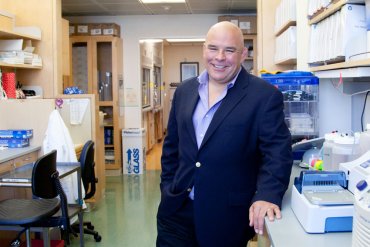 While the majority of asthma sufferers in the United States are racial and ethnic minorities, 95 percent of the NIH-funded lung disease research has been conducted on Caucasian Americans.

That’s one of the many reasons Esteban Burchard, MD, MPH, is conducting the most comprehensive study of asthma in the United States, involving more than 10,000 patients.

While it’s known that race and one’s environment play a role in asthma, Burchard is digging deeper into the human genome to ferret out the specific genes associated with asthma-- and the role of genes in determining how different people respond to asthma medications.

“We measured the drug response for people of all races,” said Burchard, “and we found that the population with the highest rates of asthma and mortality – African-Americans and Puerto Ricans -- had the lowest drug response.”

Burchard is finding that genetic factors are the strongest predictor of drug response—more influential than air pollution or social factors.

“We’re shining a light on a problem by exposing the fact that not all populations respond the same to the commonly used asthma drugs,” said Burchard. “Earlier drug studies focused largely on patients of European origin, it’s like when we made heart disease guidelines based on men but then also applied them to treating women, who respond differently, it turns out.”

Burchard said his team’s research could help to develop more effective drugs for those with severe and life-threatening asthma. 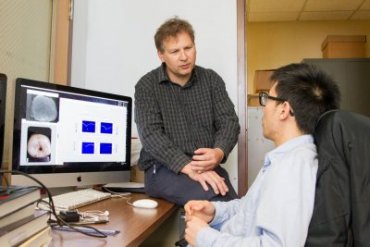 New optical techniques developed by Daniel Fried, PhD, are using light to take instantaneous digital images that can provide a better picture of our teeth and could one day zap cavities with pinpoint precision.

Fried, a professor in the School of Dentistry’s Department of Preventive and Restorative Dental Sciences, is a leading expert in a relatively new field of light-based dentistry called biophotonics. It uses optical techniques such as near-infrared lasers and spectroscopy for imaging and therapy.

One of those technologies, called optical coherence tomography (OCT), uses near-infrared light – a wavelength of light invisible to humans – to create high-resolution, 3-D images of teeth.  Fried and his colleagues showed that the technique was as good or better than X-rays for the early diagnosis of tooth decay.

"Tooth enamel is almost completely transparent in the near-infrared," Fried said. "We showed that you could take an OCT image of a lesion and tell how severe it is.” Previously the only option was to extract the tooth and cut it open for closer inspection.

Fried and his collaborators also have shown that OCT is useful for monitoring cavities while they are healing.

"Dental decay isn't like cancer. You can actually treat it, arrest it and even reverse it,” Fried said. “If you spot the lesions early enough, you can treat them with fluoride and re-mineralize them, and you can measure this with OCT. It gives the clinician a way of telling whether the chemical intervention is working.”

NIH funding supports Fried’s research of how to best apply these new light techniques to preventing and arresting cavities. 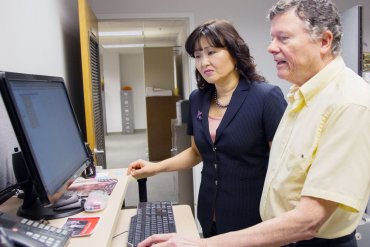 In today’s smartphone universe where there’s an app for everything it’s hard to imagine, but when Yoshimi Fukuoka, PhD, RN, first pitched the idea of using an app to improve people’s health habits, many grant reviewers balked at the concept.

Back in the mid-2000s Fukuoka had observed how people were so connected to their phones, and came up with the idea of designing a fitness app to help boost health. Now her NIH-funded study is one of the first and only clinical trials testing the efficacy of a mobile phone app in increasing and maintaining physical activity.

She’s studying among middle-aged women with sedentary lifestyles that put them at risk for developing disease.

“Studies show that engaging in at least 150 minutes of moderate intensity physical activity per week can reduce the risk of cardiovascular disease, type 2 diabetes, and certain types of cancers,” said Fukuoka.

“It’s much harder to make a lifestyle change after a major cardiac event or being diagnosed with type 2 diabetes, so I decided to focus on primary prevention.”

Fukuoka’s app tracks all fitness activity of more than 200 participants, using a combination of counting steps and user-entered data.  The data from the first three months will be used to evaluate how the app works as an intervention: does it boost the user’s physical activity?

Fukuoka’s study is also looking beyond short-term spikes, so she’s continuing to monitor participants for an additional six months to see if the app helps users to maintain a physically active lifestyle.

“This is really the first study, to my knowledge, to look at how mobile technology can be used to maintain physical activities.”

Data collection will finish next month, and Fukuoka and her team will begin analyzing five years worth of user fitness and health data.

Fukuoka also received funding for her research on using virtual social networks to prevent diabetes among Filipino Americans. She also serves as a co-investigator on a project for an interactive mobile phone app to help Spanish-speakering patients care for themselves after being released from the hospital following cancer treatment. 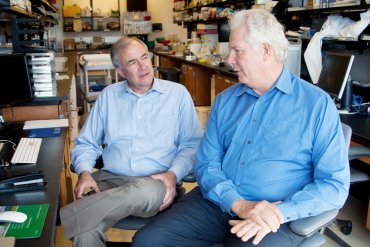 The UCSF-Gladstone Center for AIDS Research is one of about 20 such centers across the U.S., but it takes a unique approach to both research and treatment.

The close partnership between clinicians and researchers has allowed UCSF experts to amass a wealth of both biological and social data on its HIV/AIDS patients that serves as a platform for all kinds of researchers to study. This platform is particularly important for early-career investigators who can apply for small pilot grants to fund their research using this vast database of real patient HIV information.

The NIH funding supports this emerging work and the center’s many research goals, including current efforts to focused finding a cure for HIV, said Paul Volberding, MD, and director of CFAR.

“We’re understanding what makes HIV progress, and why some people don’t have that progression,” said Volberding. “Some people are naturally in equilibrium with infection, and we’re using that information to really start moving toward finding ways to find virus and eliminate from body.”

One hypothesis is that by treating patients immediately, doctors could convert HIV into a much less progressive disease or even cure the infection, said Volberding. That’s a treatment approach UCSF can realistically implement because of the close relationship clinicians have with patients and community health workers, whereas in other setting patients with HIV may not be referred to a clinic until the disease has progressed.

NIH funding also supports UCSF’s ongoing research on aging and HIV, which has proven critical to better understanding HIV’s link to inflammation, damage in the body and its apparent acceleration of cardiovascular disease, kidney, and bone disease.

Beyond HIV, this kind of inflammation is similar to what we might see in other health conditions, said Volberding, so this research may also inform our understanding of other disease progressions.