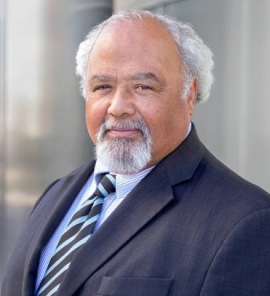 UC San Francisco’s Eric Goosby, MD, who led the Obama administration’s efforts on HIV/AIDS, has been appointed to a new position as United Nations Special Envoy on Tuberculosis. He will remain at UCSF while he takes on his new duties with the UN.

Goosby’s appointment comes amid an epidemic of drug-resistant forms of TB that is posing a significant threat to global health security. Every year, nearly 9 million people become ill with TB, which has long been among the world’s top killers, and about 1.5 million die. A third of those with TB also have HIV, and TB is a leading cause of death for HIV-positive people.

New technology can rapidly diagnose drug-resistant strains of TB, even in remote and poorly equipped clinics, so patients do not waste time taking ineffective drugs. But curing these patients requires a long and arduous therapeutic regimen, which is difficult to sustain, especially in the low-income countries where the vast majority of infections are occurring.

“We know how to prevent, diagnose, treat and cure TB, but many programs have not yet been able to implement the effective measures that identify, enter and retain people in care for the time that is needed to give them a cure,” Goosby said.

Goosby, who attended medical school and did his residency and fellowship at UCSF, was ambassador-at-large and global AIDS coordinator from 2009 to 2013 in the Obama administration. He returned to UCSF in 2013 as a professor in the Department of Medicine and in Global Health Sciences, where he is the director for Global Health Delivery and Diplomacy.

“I will engage in international dialogue around direction and resource allocation for TB and HIV/AIDS, two of the largest killers on the planet, which is a core mission of UCSF Global Health Sciences,” he said. “UCSF affords a wonderful platform that combines the basic sciences with clinical and public health knowledge. Faculty members here have been leaders globally for years. I hope to amplify and catalyze more involvement from UCSF faculty.”

As UN envoy, Goosby will encourage countries to adopt and implement the World Health Organization’s global End TB Strategy after 2015, and its international targets for tuberculosis prevention, care and control, while also pursuing the tuberculosis targets outlined in the Millennium Development Goals.

“Eric will be fundamental to our efforts to promote the new WHO global strategy with member states, donors and all stakeholders,” said Dr. Hiroki Nakatani, Assistant Director-General at the WHO. “His profound knowledge of global health challenges, the AIDS epidemic and the fight against TB will be a tremendous asset for our work and will make the difference. WHO is enthusiastic about this appointment.”

He will work closely with the World Health Organization to carry out the ambitious new targets agreed to at last year’s World Health Assembly: to reduce TB deaths by 95 percent and cut new cases by 90 percent by 2035.

In his new role, Goosby expects to focus on both TB and HIV/AIDS, an important driver of the tuberculosis epidemic, especially in Africa, which has 80 percent of the HIV-associated TB patients around the world.

He will focus on identifying and expanding the best TB programs, while improving those already in place. Although the science of how to treat TB is well established, little is known about what interventions work best in the real world.

Michel Sidibé, Executive Director of UNAIDS, worked with Goosby when he was head of the President’s Emergency Plan for AIDS Relief (PEPFAR) to cut the number of HIV infections among children by almost half in 21 countries. He said Goosby brings a wealth of practical experience to his new role.

“Dr. Goosby’s knowledge and experience working on HIV and TB, together with his dynamic and committed leadership, will further strengthen our collaboration and bring us closer to ending the dual epidemics of HIV and TB,” Sidibé said.

Through interdisciplinary education, service and research programs, Global Health Sciences harnesses UCSF’s scientific strengths to train global health leaders and develop solutions to today’s toughest health challenges. GHS faculty, staff and students are on the cutting edge of research, treatment, public health practice and policy development for HIV/AIDS, malaria, tuberculosis, neglected tropical diseases, immunizations, women’s reproductive and children’s health, and other conditions that have a devastating impact both globally and locally. They work in more than 50 countries and partner with academic centers, international organizations, ministries of health and private industries to improve the health of vulnerable populations.

UCSF is the leading university exclusively focused on health. Now celebrating the 150th anniversary of its founding as a medical college, UCSF is dedicated to transforming health worldwide through advanced biomedical research, graduate-level education in the life sciences and health professions, and excellence in patient care. It includes top-ranked graduate schools of dentistry, medicine, nursing and pharmacy; a graduate division with world-renowned programs in the biological sciences, a preeminent biomedical research enterprise and top-tier hospitals, UCSF Medical Center and UCSF Benioff Children's Hospitals.