The National Academy of Sciences has bestowed on UC San Francisco’s Jonathan Weissman, PhD, its inaugural NAS Award for Scientific Discovery – presented in the field of chemistry, biochemistry, or biophysics. 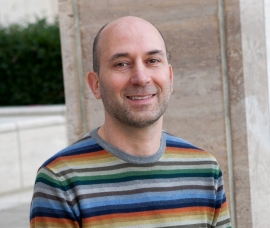 “I was thrilled and deeply honored when I received word of the award,” said Weissman, a professor in the Department of Cellular and Molecular Pharmacology, and a Howard Hughes Medical Institute investigator. “I think the award reflects the growing appreciation of the critical role of translational control and the ability of the ribosome profiling approach to monitor translation with unprecedented precision.”

In 2009, Weissman and colleagues at UCSF developed a technique called “ribosome profiling.” This method allows researchers to sequence chunks of messenger RNA (mRNA) that ribosomes are decoding, giving a snapshot of the genes being translated within a cell.

First applied to yeast, ribosome profiling has been since been extended to many other organisms, including humans. It has been used to identify new proteins and peptides, investigate the process of translation, measure gene expression in cells and determine rates of protein synthesis. In addition, Weissman and his team have employed ribosome profiling to make important insights into the critical role that protein synthesis plays in cell growth and differentiation.

The NAS Award for Scientific Discovery is awarded every two years to recognize an accomplishment or discovery in basic research within the past five years. The fields of science for each presentation will rotate from among chemistry, biochemistry, biophysics, astronomy, physics, and materials science. Endowed in 2014 through a gift from the Research Corporation for Science Advancement (RCSA) in honor of John P. Schaefer, this award is presented with a medal, $50,000 cash prize, and $50,000 to support the recipient’s research.