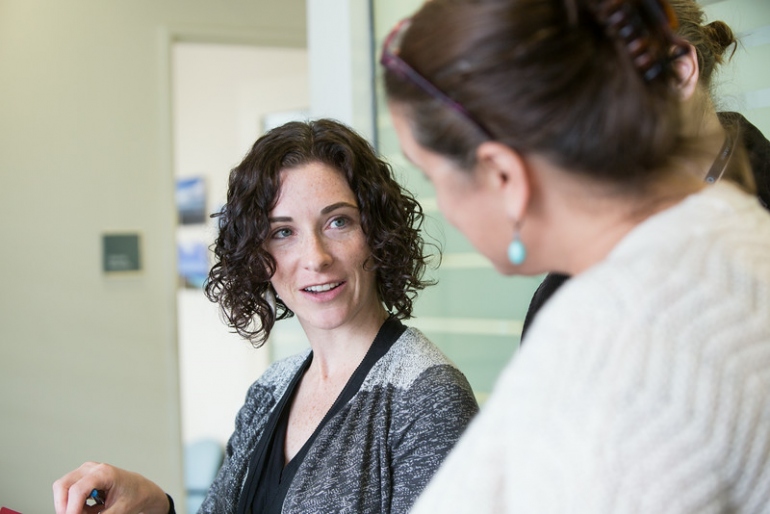 Only a few weeks had passed since Theresa O’Brien, PhD, returned from maternity leave when she was tapped for a career-defining role by then-UC San Francisco School of Medicine Dean Sam Hawgood, MBBS.

He had just been appointed interim chancellor shortly after then-Chancellor Susan Desmond Hellmann, MD, MPH, announced her resignation on December 2013. Hawgood wanted to bring someone who could help guide the University during its transitional phase, and O’Brien was the ideal candidate for the interim assistant chancellor role. 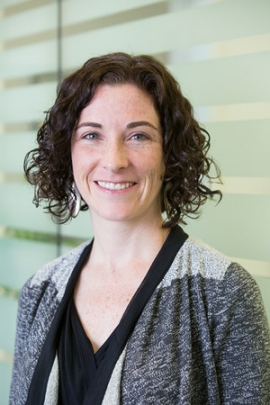 “I was excited,” O’Brien said. “I was intrigued by the opportunity to work more closely with Sam and the rest of the leadership team and learn about what the role entailed.”

“Sam coming into the role officially meant we could start planning,” O’Brien said. “And the fact we had an internal leader and people already know Sam meant we could jump past the transition period if the person was an external candidate.”

Still Hawgood embarked on a “listening tour” to get feedback from various members of the UCSF community in the fall of 2014. He wanted to engage with everyone in his new role. O’Brien joined him on many of these tours, which continue in 2015.

“It gave me an opportunity to get out and let everyone know what my role is in the Chancellor’s Office, and how I’ll be helping Sam and the Chancellor’s Executive Cabinet (CEC) move things forward,” O’Brien said.

Her goal was to let faculty and staff know that the lines of communication to and from the CEC are open. She and Hawgood wanted to find out what’s important to folks at UCSF and where they need support in facilitating goals whenever appropriate.

O’Brien has marveled at the manner in which Hawgood balances events, meetings, and urgent requests, and doing them with “intelligence, respect and humility.” 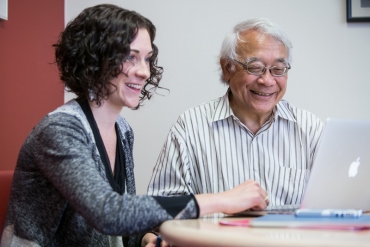 “It’s a wonderful model to be able to work with him,” she said. “You can see the depth of knowledge across the institution come out in his response to things as he moves things forward. I’ve been lucky in working with Keith, Sam, the vice deans and other leaders at UCSF who have had a long history here, and that’s a fantastic day-to-day resource.”

O’Brien has been at UCSF for ten years, and at 34 years old, she is one of the youngest members ever to join UCSF’s CEC team.  She is a product of UCSF’s Tetrad Graduate Program, earning her PhD in biochemistry, with former UCSF faculty member Jim McKerrow, MD, PhD, serving as her adviser.

“I think my advantage in being younger is that I’ve been on the ground in some roles more recently,” O’Brien said. “It wasn’t too long ago when I was a trainee and I worked in industry contracts fairly recently. I was executing our sponsored research agreements, so having that on-the-ground experience, being closer to when my training was happening.”

O’Brien’s hands-on approach has won fans and allies throughout the University. Her interim assistant chancellor role has been elevated to associate chancellor when Hawgood became UCSF’s 10th Chancellor.

“I want to get out there and to make sure I understand the needs of my peers across the board – faculty, staff, trainees – and make sure that I am bringing their needs to the leadership team,” said O’Brien who is also an assistant adjunct professor in the Department of Cellular and Molecular Pharmacology.  Her research focuses on career and professional development for graduate students and postdoctoral scholars.

After adding the role of “mom” to her C.V., O’Brien added the job of “associate chancellor” shortly after.

“I feel privileged to have this opportunity and that’s the way I really look at it,” she said. “I was very happy to help Sam when he asked me. I love my new role and it’s a pleasure to come to work every single day and work with such great people.”