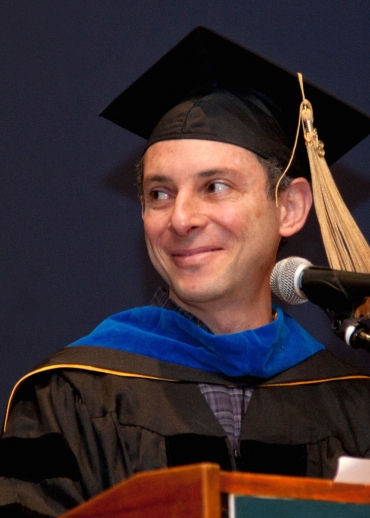 UC San Francisco School of Dentistry’s Ophir David Klein, MD, PhD, has been selected this year as a fellow of the American Association for the Advancement of Science (AAAS), an honor bestowed for scientific work or socially distinguished efforts to advance science and its applications.

Klein, the Larry L. Hillblom Distinguished Professor in Craniofacial Anomalies in the School of Dentistry, is among 401 new researchers to be recognized this year by the AAAS, the world’s largest general scientific society and publisher of the journal Science as well as Science Translational Medicine and Science Signaling.

A total of 61 current UCSF faculty are AAAS fellows.

The new fellows will be announced in the AAAS News & Notes section of the Nov. 28 issue of Science and will be recognized formally on Feb. 14 during the 2015 AAAS Annual Meeting in San Jose, Calif.

Klein was recognized in the Section on Dentistry and Oral Health Sciences for distinguished contributions to the field of oral biology, particularly in the development of a novel system for the study of dental stem cells.

Klein's research focuses on three areas. One is understanding the processes underlying craniofacial and dental development. His lab uses mouse models to study mechanisms responsible for the normal and abnormal development of teeth, facial skeleton and other organs, as well as the regeneration of these organs.

The second area is the function of positive and negative regulators of receptor-kinase signaling, which play a critical role in the progression and development of many forms of cancer. The third focus is on the stem cells that renew the lining of the intestine, oral cavity and other organs.

The non-profit AAAS was founded in 1848 and includes 254 affiliated societies and academies of science, serving 10 million individuals. It began the fellowship program in 1874, for which members can be considered if nominated by the steering group of their sections, by three fellows or by the association’s CEO. A roster of current fellows and further information about the fellowships can be found on the AAAS website.