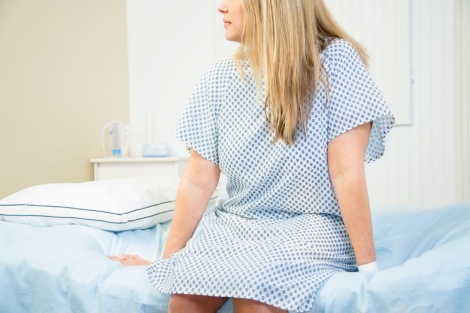 Researchers at UC San Francisco have identified patterns of genetic activity that can be used to diagnose endometriosis and its severity, a finding that may offer millions of women an alternative to surgery through a simple noninvasive procedure.

The study is online in the journal Endocrinology.

“This promising molecular diagnostic approach would not have been possible without advances in genomics and bioinformatics,” said senior author Linda Giudice, MD, PhD, distinguished professor and chair of obstetrics, gynecology and reproductive sciences at UCSF.

“Importantly, there are relatively few genes in each ‘classifier’ of disease or of no disease and endometriosis stage that have the potential for non-surgical diagnostic development,” Giudice continued. “The approach also could be used to detect disease recurrence without requiring surgery, and the newly identified gene profiles and pathways resulting from this approach have opened doors for innovative targeted therapy development for endometriosis-related pain and infertility.” 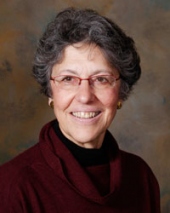 Endometriosis is an often painful condition that occurs when tissue normally lining the inside of the uterus grows outside the uterus.

Estimates are about 10 percent of reproductive-age women suffer from the disorder, which often is caused by retrograde menstruation. Endometrial tissue flows backward through the fallopian tubes and into the pelvic cavity instead of out through the cervix. This tissue attaches and continues to follow the monthly menstrual cycle, with the resulting bleeding causing inflammation, scarring and pain. Endometriosis also can lead to infertility.

The current method of treatment is laparoscopy, a surgical procedure that diagnoses and stages endometriosis occurring on the pelvic lining and organs. But the time lag can be more than a decade from symptom onset to diagnosis, emphasizing the need for a less invasive, more cost-effective approach.

Developing an Easy Test for the Gene Expression

In this study, Giudice and her colleagues used machine learning, a computer-based technology, to analyze the gene activity of endometrium tissue samples. They analyzed 148 samples – 77 from women with endometriosis, 37 without endometriosis but with other uterine/pelvic problems such as uterine fibroids and 34 from women without any uterine conditions as the control group.

Machine learning allows computers to learn from an activity without explicit programming. It can be used by researchers to examine the interactions caused by the information on large numbers of genes being translated into proteins through a process called gene expression.

This technique also could distinguish endometriosis at different points in the menstrual cycle. As hormone levels changed throughout the cycle, the gene expression patterns in the uterine lining of women with endometriosis were distinct from those who did not have the condition.

Based on this gene expression, a simple test eventually could be performed in the doctor’s office to determine endometriosis and stage, Giudice said. In just minutes, a tiny, thin plastic catheter could be inserted through the cervix into the uterus to remove a sample of cells for analysis.

“Laparoscopy involves general anesthesia and making an incision in the abdomen,” said contributing author Louis DePaolo, PhD, chief of the Fertility/Infertility Branch of the National Institutes of Health (NIH) Eunice Kennedy Shriver National Institute of Child Health and Human Development (NICHD). “These findings indicate that it may be possible to avoid the surgical procedure and diagnose endometriosis from a tissue sample obtained in the office setting without anesthesia.”

The next step is to validate findings in a larger population, and the NIH NICHD Reproductive Medicine Network has launched a multisite clinical trial.