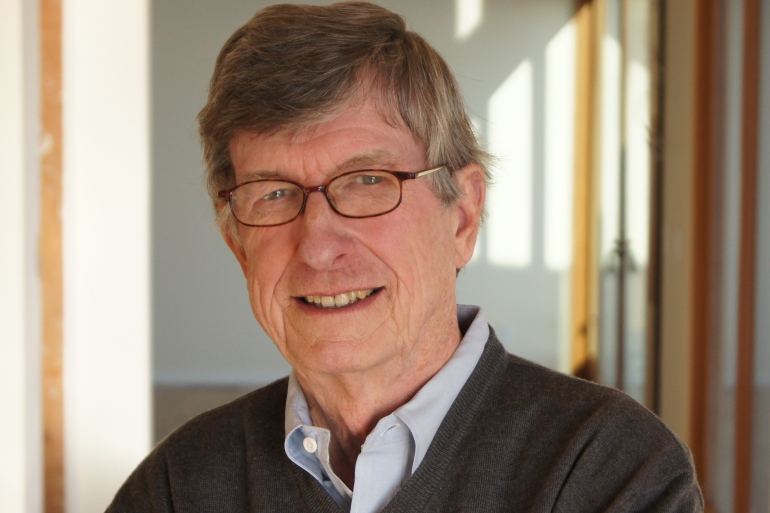 The prize honors outstanding scientists who have made significant contributions to neuroscience throughout their careers. The Gerard Prize was established in the name of Ralph W. Gerard, who was instrumental in establishing SfN and served as honorary president from 1970 until his death in 1974.

“It is a pleasure to award the 2014 Gerard Prize jointly to Drs. Nicoll and Tsien. They have performed seminal work that has transformed our understanding of the mechanisms that the mammalian brain uses to transmit and store information,” SfN President Carol Mason said. “In addition to their many scientific accomplishments, Nicoll and Tsien have played a crucial role as mentors in the field of synaptic physiology and biophysics.”

Nicoll’s research has guided new understandings of the basic mechanisms underlying synaptic transmission, the process by which neurons communicate using chemicals called neurotransmitters. Specifically, he pioneered understanding of slow synaptic transmission, in which neurotransmitters communicate by initiating a series of chemical changes in target neurons.

Nicoll’s research also revealed new information about synaptic plasticity, particularly long-term potentiation (LTP), the strengthening of the synapses (connections) between nerve cells related to learning and memory. By using a combination of electrophysiological and molecular techniques, Nicoll’s lab has uncovered the role of several families of synaptic proteins involved in LTP and is currently exploring how LTP is stabilized and maintained. Nicoll will deliver the Grass Lecture on his work at Neuroscience 2014.

Nicoll also shared the 2014 Warren Alpert Foundation Prize with Oleh Hornykiewicz of the Medical University of Vienna and the University of Toronto; and Solomon Snyder of the Johns Hopkins University. They were honored for their pioneering research into neurotransmission and neurodegeneration. The three recipients shared an unrestricted prize of $250,000 and were honored at a special symposium at Harvard Medical School on Oct. 2.

Nicoll earned his MD from University of Rochester School of Medicine and is currently a professor in the Department of Cellular and Molecular Pharmacology at UCSF.