Three UCSF faculty members are among 70 new members and 10 foreign associates of the Institute of Medicine (IOM) announced during the organization’s 44th annual meeting announced on Oct. 20.

“These individuals and all UCSF members of the Institute of Medicine represent the breadth of our expertise, ranging from national and international leadership in public health to explorations into the genetic blueprint and smallest functional molecules,” said Bruce Wintroub, MD, interim dean of the UCSF School of Medicine. “Each of them has greatly contributed to our knowledge of disease and our advancement of human health. I congratulate Doctors Goosby, Srivastava and Vale for their extraordinary accomplishments, and I am grateful that they are part of the UCSF community.” 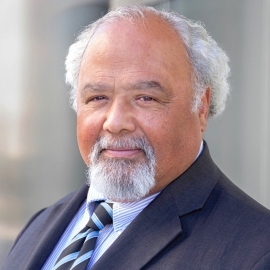 Goosby has a long career in international HIV/AIDS. He was the CEO and chief medical officer of Pangea Global AIDS Foundation from 2001 to 2009, and previously was the director of National AIDS Policy at the While House under President Clinton and the director of the Ryan White Care Act at the US Department of Health & Human Services.

In his role as the Global AIDS Ambassador, Goosby was the nation’s senior global health diplomat, advancing the mission to improve and save lives and to foster global sustainability. He oversaw PEPFAR (the Presidents Emergency Plan For AIDS Relief), the largest public health endeavor in history with over $45 billion invested in 10 years. 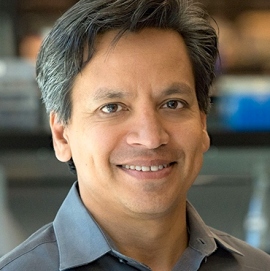 Srivastava was the first to describe the role of tiny molecules in the heart—called microRNAs — that carefully titrate levels of gene activity to control the fate of cells. Srivastava showed that when cells in the heart get confused about their fate it can result in disease, as when cells in the valve begin behaving like bone cells and deposit calcium—a leading cause of heart disease.

Srivastava led a research team that discovered how gene networks specific to heart chambers are established and integrated with signaling pathways. His research team used human genetics to demonstrate that a decrease in dosage of cardiac developmental regulators can cause holes in the heart and valve disease, and is now using induced pluripotent stem cells to discover the mechanisms of disease in affected individuals.

Srivastava’s lab team has leveraged knowledge of cardiac developmental biology to reprogram non-muscle cells in the mouse heart directly into cells that function like heart muscle cells. In so doing, the researchers effectively regenerated heart muscle after damage. This emerging paradigm of harnessing one’s own cells to regenerate organs may be broadly applicable to other organs. 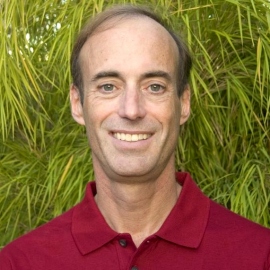 Vale, as a graduate student in 1985, used then-new microscopic techniques to play a key role in the first discovery of a member of a class of enzymes he named kinesins (Greek for “movement”), which act as molecular motors. These minute motors – each about one-millionth of an inch wide – haul cargo phenomenally quickly within cells, along microscopic tracks known as microtubules.

His subsequent discoveries have shed light on biological processes as fundamental as cell division and movement, muscle contraction, how a heart beats and the functioning of nerves. Those insights, in turn, are leading to an improved understanding of such medical conditions as heart rhythm disorders, rare diseases of the nervous system and cancer. In 2012 Vale shared the prestigious Albert Lasker Basic Medical Research Award for his discoveries.

Election to the IOM is considered one of the highest honors in the fields of health and medicine and recognizes individuals who have demonstrated outstanding professional achievement and commitment to service.  The IOM is part of the National Academy of Sciences, first established in 1863 by an Act of Congress, signed by President Abraham Lincoln, and charged with providing independent, objective advice to the nation on matters related to science and technology.

"It is with great enthusiasm that we welcome our esteemed colleagues to the Institute of Medicine," said IOM President Victor J. Dzau, in making the announcement.  "These leaders' tremendous achievements have contributed significantly to advancing health and medicine.  The expertise and knowledge they bring to the IOM will encourage and enhance its success."

New members are elected by current active members through a selective process that recognizes individuals who have made major contributions to the advancement of the medical sciences, health care, and public health.  A diversity of talent among IOM's membership is assured by the Institute's charter, which stipulates that at least one-quarter of the membership is selected from outside the health professions, for example, from such fields as the law, engineering, social sciences, and the humanities.  The newly elected members raise IOM's total active membership to 1,798 and the number of foreign associates to 128.  With an additional 86 members holding emeritus status, IOM's total membership is 2,012.

The Institute of Medicine is unique in its structure as both an honorific membership organization and an advisory organization.  Established in 1970 by the NAS, IOM has become recognized as a national resource for independent, scientifically informed analysis and recommendations on health issues.  With their election, members make a commitment to volunteer their service on IOM committees, boards, and other activities.  Projects during the past year include studies on meeting the needs of those nearing the end of life, determining what is known about and how to reduce sport-related concussions in youth athletes, analyzing the treatment of post-traumatic stress disorder in military and veteran populations, enhancing governance and accountability in graduate medical education, and examining long-term health effects of blast exposures.