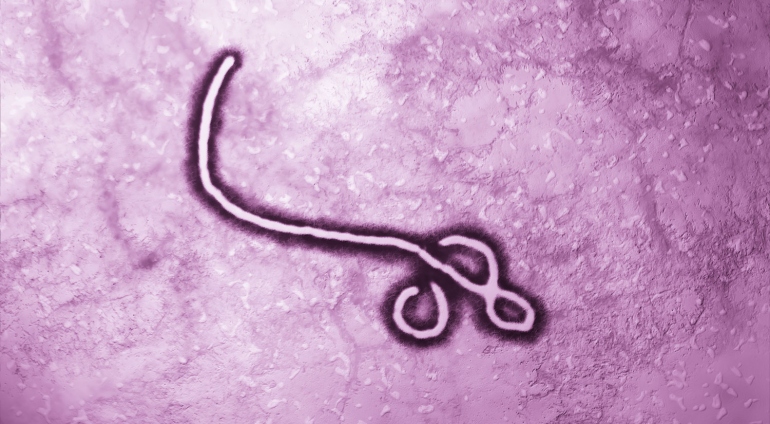 Since a 2-year-old child fell ill in Guinea last December, the Ebola virus has spread through West Africa, first with an outbreak that seemed to have died out in May and then with an explosive second wave of infections that spread throughout Guinea, Sierra Leone and Liberia.

UCSF and the Ebola Response

UCSF is working on several fronts to respond to this health crisis, supporting its faculty and staff volunteers in West Africa, preparing its Medical Center facilities and educating the public about the outbreak.

Nigeria and Senegal have so far been able to stop the spread of the disease, as have the United States and Spain, but cases continue to multiply exponentially across West Africa. United Nations officials say 19,000 health care workers will be needed there by Dec. 1, when the large Ebola treatment centers being built there by the U.S. are up and running.

Because Ebola kills so many of its victims so fast, most people die of Ebola before they can transmit it beyond the small circle of family members and health care workers who care for them when they are extremely ill and highly infectious.

But this time is different.

We spoke with Charles Chiu, MD, PhD, a UC San Francisco infectious disease physician and developer of diagnostic tools for infectious diseases about why this outbreak has spread so far, how the epidemic might be contained and what the real dangers are for people in this country.

Q:  Is there anything that we know about this Ebola outbreak that explains why it’s spreading so fast in West Africa? The largest of the 30 or so previous outbreaks there killed only several hundred people before burning out. 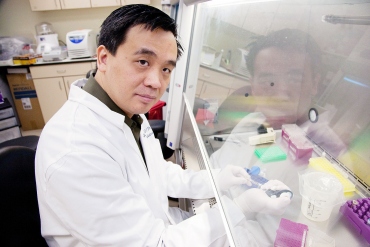 There are many potential explanations. Prior outbreaks in Central Africa have largely occurred in remote forested areas with isolated, low-density populations, in sharp contrast to the affected countries of Guinea, Sierra Leone and Liberia, where villages, towns and cities that are connected by an extensive network of roads and highways. The disease, for the first time, has spread widely into urban areas in countries with weak to non-existent health systems. Those systems have largely collapsed as a result of the outbreak, which has killed several hundred health care workers and forced the closure of hospitals and clinics.

The local and global public health response to the 2014 outbreak was also grossly inadequate for a region that had never before encountered Ebola and was unprepared for it. It is also possible that the population of West Africa may be more susceptible to infection because individuals from that region likely have had no prior exposure to the virus.

Q:  We keep hearing that Ebola is hard to catch, and yet three health care workers treating Ebola patients in Western hospitals have contracted the disease. How do we make sense of this?

In the Dallas case, the focus has understandably been on the two nurses who have contracted Ebola, but it’s important to remember that many other people also came into close contact with the index patient Thomas Eric Duncan – including four household members – and did not get sick.

People with Ebola can only infect others when they are contagious, and people become more contagious the sicker they get. That’s why the danger is so high for health care workers, who need careful instruction and supervision on how to protect themselves from getting infected. In particular, properly putting on and removing personal protective equipment (PPE) is critical. This is not an easy task, but it's definitely possible. Witness the experience of Emory University Hospital – a facility specially designed to isolate and take care of patients with deadly emerging infectious diseases such as Ebola – where they haven’t had any secondary infections. Doctors Without Borders also has an excellent track record of safety, and they’re working in West Africa under extremely difficult conditions.

Previous PPE recommendations for health care workers in Africa may not apply to the care of Ebola-infected patients in Western hospitals. As an example, the patient who died of Ebola in Dallas underwent several invasive critical care procedures, such as respiratory intubation and dialysis, in an attempt to save his life, and those procedures are not done in West Africa. These procedures may have increased the risk of transmission to health care workers. The most recent Centers for Disease Control (CDC) recommendations for PPE actually have just been updated as of Oct. 20, in part due to the two cases of hospital-acquired Ebola infection in the U.S.

Q:  What are the chances of catching Ebola on a flight home for the holidays?

"Ebola is not like tuberculosis or the measles. You can’t catch it just by breathing the air that someone with Ebola has been breathing."

At this point, I’d have to say they are very, very low. First, Ebola is not like tuberculosis or the measles. You can’t catch it just by breathing the air that someone with Ebola has been breathing. It doesn’t live for very long on surfaces. At Emory, they tested the surfaces of the patients’ rooms, including the handrails on the hospital beds and call buttons that we could expect patients to touch a lot, and they didn’t find any virus. They also didn’t find it in the patients’ bathrooms. Of course, that doesn’t mean Ebola can’t be found in soiled sheets and blankets where someone with Ebola has been sick. It survives longer in liquid than on dry surfaces. But you’d really have to come in contact with these infectious secretions and then touch your face, so it could get into your mucous membranes, before you’d be in danger of contracting the disease.

Also, early in the course of Ebola virus disease, the amount of virus in the blood and other bodily fluids of symptomatic patients is typically very low, and they are much less infectious than they are in later stages of the illness, where you can see significant bleeding, vomiting and diarrhea. Since very sick people do not travel, it is unlikely that you would ever encounter anyone who was contagious with Ebola infection.

Q:  Does basic science have a role to play in fighting this epidemic?

Yes, of course. We urgently need a vaccine, and several are in development. I am very hopeful that the WHO, Food and Drug Administration (FDA), National Institutes of Health (NIH) will expedite the clinical trials to assess safety and efficacy, and that a vaccine that works may be available sometime in 2015.  We need to continue testing and manufacturing of antiviral drugs to treat Ebola infection, such as ZMapp, which have proven promising in a few cases.

Better diagnostics are also needed, including rapid tests that could be done from a single drop, or “pinprick," of blood.

Q:  Are you working on new diagnostic tests for Ebola?

Q:  Can you tell us anything about it?

I can't get into details, but the general idea is to find a way to identify patients infected with Ebola virus prior to when they develop symptoms such as a fever or in the early symptomatic phase. Such a test could help both in Africa and the United States.

What will be needed to stop this current outbreak?

The West Africa Ebola outbreak is a global crisis and will require a global effort to contain. More health care personnel and resources are desperately needed in the region for identification and treatment of patients and contact tracing to curtail spread. The WHO has said that a minimum of $1 billion will be needed to contain Ebola, and even that may not be enough. At the same time, expedited development of diagnostics, drugs and vaccines will be needed to keep the outbreak under control and to reduce the number and percentage of deaths from the virus.

Q:  Do you think it could help us prepare for a pandemic with greater potential to spread around the world, like 2009’s H1N1 influenza, which infected 1 billion people, but because of a biological fluke turned out not to be very deadly?

"Nature is likely to continue throwing us curveballs, and the risk of a devastating global pandemic with the virulence of Ebola and infectivity of 2009 H1N1 is unfortunately all too real."

Yes, nature is likely to continue throwing us curveballs, and the risk of a devastating global pandemic with the virulence of Ebola and infectivity of 2009 H1N1 is unfortunately all too real. The current Ebola outbreak underscores the need to fund basic science, which is the foundation for all diagnostic assay, drug and vaccine development as well as ongoing public health surveillance for emerging infectious disease threats, nearly all of which are zoonotic, which means that they spread from animals to humans.

With so much of the world now living in urbanized areas and with the ease of global travel, we need to be much faster and efficient in reacting to new diseases. People can go so far, so quickly now that they are likely to travel to new places well before symptoms develop. And that makes it hard to keep these diseases from spreading.