Ron Vale’s lab team used a molecular invention called the SunTag to greatly amplify the light-emitting signal from green fluorescent protein used to label molecules within cells. Viewed through a microscope, the signal that can be obtained with the SunTag is so strong it can be used to track a single molecule within the molecular motors that Vale studies.

The application of a new, precise way to turn genes on and off within cells, described online October 9, 2014 in two articles in the journal Cell, is likely to lead to a better understanding of diseases and possibly to new therapies, according to UC San Francisco scientists.

The key to the advance is a new invention, called the SunTag, a series of molecular hooks for hanging multiple copies of biologically active molecules onto a single protein scaffold used to target genes or other molecules. Compared to molecules assembled without these hooks, those incorporating the SunTag can greatly amplify biological activity. 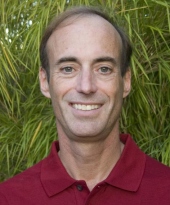 The SunTag was developed by researchers in the lab of Ron Vale, PhD, a professor of molecular and cellular pharmacology and a HHMI investigator at UCSF. Vale received the Albert Lasker Basic Medical Research Award in 2012 for his discovery of molecular motors that ferry cargo around within cells.

The Vale team used the SunTag to greatly amplify the light-emitting signal from the green fluorescent protein commonly used by researchers to label molecules within cells. Viewed through a microscope, the signal that can be obtained with the SunTag is so strong it can be used to track a single molecule within the molecular motors that Vale studies.

In collaboration with Jonathan Weissman, PhD, professor of cellular and molecular pharmacology and a Howard Hughes Medical Institute (HHMI) investigator at UCSF, UCSF researchers also used the SunTag to supercharge a variation of a biochemical approach known as CRISPR. 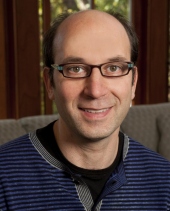 CRISPR is a technique that emerged a few years ago as a way to edit DNA anywhere within the genome. The UCSF researchers instead adapted CRISPR to precisely dial the activity of genes up or down in a reversible way without altering DNA – a capability that might make previous methods for probing poorly understood cellular functions obsolete, they said.

“With these techniques we can fine-tune the activity of genes within cells, and this has broad implications for the reprogramming of cells,” Weissman said.

“It depends on the gene, but this new approach appears to amplify gene-switching by as much as 50-fold,” Vale said. “It’s a much more robust way of activating genes.”

CRISPR – an acronym for “clustered regularly interspaced short palindromic repeats” – is a natural system that bacteria use to defend themselves against viruses. The basis for CRISPR applications in the lab is a protein from this system, called Cas9, a chassis into which researchers can insert any specific RNA partner molecule. The selected RNA serves as an adaptor that determines the target anywhere within the genome. The UCSF researchers attached the SunTag to this chassis, enabling one Cas9 to recruit many copies of potentially any protein to a specific DNA sequence.

The Weissman team led experiments demonstrating that CRISPR molecules incorporating the SunTag can be used to precisely control gene expression of many genes within the genome. They used this strategy to identify genes that prevent cancer cell growth and genes that regulate tissue development, and to gain new insight on how bacterial toxins harm cells.

CRISPR activation and interference can be used to understand how specific genes work in cancer, regenerative medicine or neurodegenerative disease, according to Weissman. For instance, these methods could be used to identify biochemical pathways that cancer cells may use to develop drug resistance, and the same approach could be used to eventually develop new stem cell strategies for generating tissue transplants, he said.

RNA interference was identified more than a decade ago, launching a new research field that has spawned a Nobel Prize and new biotech firms. RNA interference blocks the messenger RNA that drives protein protection based on the blueprint contained within a gene’s DNA sequence. By preventing protein production, RNA interference may be used to get around the problem of difficult-to-target proteins, a frequent challenge in drug development.

But CRISPR interference acts one step earlier in the cell’s protein manufacturing process.

“The horse has already left the barn with RNA interference, in the sense that the RNA message already has been transcribed from DNA,” Weissman said. “With CRISPR interference, we can prevent the message from being written.”

The National Institutes of Health and the Howard Hughes Medical Institutes provided major support for the studies.