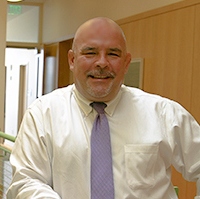 Although differences in the environments in which people live often are suspected when asthma risks among populations differ, the new findings illustrate the importance of also considering genetic differences among ethnic groups in diagnosing and treating disease, said Esteban Burchard, MD, professor of bioengineering for the UCSF School of Pharmacy and the senior scientist for the study.

“In this study we demonstrated that genetic ancestry influenced lung disease in 5,493 minority children,” Burchard said.

However, among Mexicans and other Latinos, for every 20 percent increase in Native American ancestry, the odds of developing asthma lessened by 43 percent.

The development of asthma may take different paths depending on the effects of a variety of specific genetic variants operating in different genetic backgrounds, according to Burchard. Ethnic groups differ in genetic makeup, and genetic variants present in one group may be rare or even absent in another.

In the new study, Burchard’s team also found that even in the absence of asthma, lung function on average was still lower among children with greater African ancestry.

This difference in normal lung function is clinically important, Burchard said, because it indicates that new standard references must be developed to more accurately determine whether or not a child has asthma. Lung specialists typically diagnose asthma with the aid of tests to measure how much air a patient can inhale and exhale, and how quickly, both before and after use of an asthma inhaler. The physician compares results to a standard reference to make the diagnosis.

In his research career, Burchard has maintained a steady focus on asthma and asthma risk in diverse populations. He previously showed that in comparison to white children, a higher percentage of minority children are not helped by inhaled asthma rescue medicines, called beta-agonists, used to rapidly re-open airways during asthma episodes.

Minority populations are understudied, according to Burchard. In a commentary published in the September 18, 2014 of Nature, he wrote, “Non-European populations are harmed because they are not studied as intensely, and clues that could reveal new aspects of disease biology are missed. Including diverse populations in clinical and biomedical research is a must, ethically and scientifically. Research infrastructure needs to be retooled accordingly.”

Maria Pino-Yanes, PhD, a postdoctoral fellow from Burchard’s lab, and the first author of the study, collected and analyzed data in a way that would allow the research team to distinguish genetic influences on disease risk from environmental factors, making use of geographically coded demographic information from extensive data sets.

“We took into account a wide variety of possible confounders that have never been considered in any other previous study of ancestry and asthma,” Pino-Yanes said, “including exposure to air pollution in the first year of life; indicators of socioeconomic status such as household income, mother’s highest education level, and child’s health insurance status; discrimination due to race, ethnicity, color or language; acculturation; and variables related to secondhand smoking at different stages of the life.”