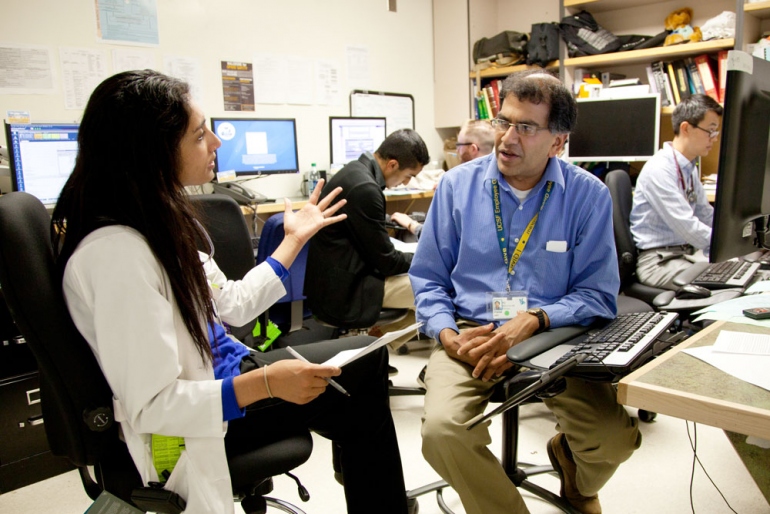 What makes a good teacher? When it comes to dealing with life and death, a great teacher looks beyond the classroom to empower students who will be making critical decisions.

Here are some ways that's happening at UC San Francisco.

To prepare the next generation of health care providers, many faculty are moving away from rote memorization and toward a more immersive, hands-on approach to teaching. 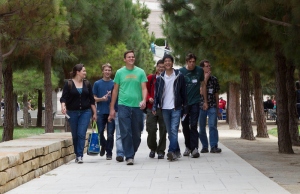 Read more about the fall incoming class and how UCSF is working to prepare the next generation of health care providers.

UCSF's faculty have embraced a range of new methods from facilitating experiential learning by visiting vulnerable patients’ in their homes to replacing lectures with hands-on practice labs.

For recent winners of the UCSF Distinction in Teaching Award, teaching medicine isn’t only about learning medical facts, it’s about critical thinking, understanding the whole patient and working as a team in today’s complex health care system.

While this was a shift in culture, he turned the course into a series of hands-on labs where students practiced skills such as suturing, wound care, splinting and eye exams.

“Teaching this way is harder to do. Instead of one person lecturing, for a class of 15, I need three. But the students get more active learning and they get to interact with more instructors,” he said. 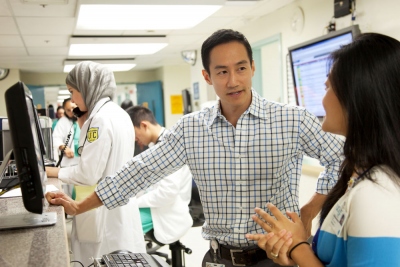 To learn well, Duong said, students also need to be placed in the role of decision-maker even while they’re still learning – albeit in a safe setting under a supervising doctor.

“Often in the emergency department we have to act on some paucity of information or some incomplete clinical picture, and that’s why I try to instill in them a bit of confidence,” said Duong. “This is really going to happen to the patient, I really need to think about this. It’s hard to go into a mode of active thinking if someone is telling you what to do.”

In addition to practicing, teaching and serving as medical student clerkship director for emergency medicine, Duong also mentors medical students who seek out more guidance getting through school.

“His enthusiasm makes every moment a potential teachable lesson, and as a medical student he pushed me to take on new challenges and really act as the primary care provider,” said former student Delphine Huang, who has chosen emergency medicine as her focus. 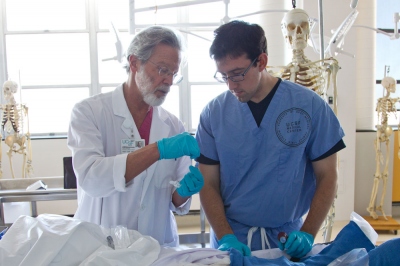 Alan Gelb, MD, created another inventive teaching tool to challenge students to think on their feet.

Each year, he stages the “Danovic Case” for the incoming class of medical students. Students are told they’ll be watching a video, but after it starts, a nurse bursts in and tells the class the auditorium is needed to care for a motorcycle accident victim because there’s no room in the ER.  An actor costumed with fake blood and wounds stages the emergency trauma.

A multidisciplinary team of faculty, nurses, a clinical pharmacist, a social worker and a physical therapist attend to the “patient.” Before each treatment, the caregivers engage the students in a question and answer session to bring them into the medical scenario.

“We believe it stimulates the students’ curiosity and incentivizes them to learn the material as well as pose questions about the care of this ‘real’ patient,” said Gelb.

Harry Hollander, MD, infuses his teaching with lessons he learned from his experiences running an HIV clinic beginning in 1984, “a time when people were diagnosed with HIV and 11 months later they were dead.” 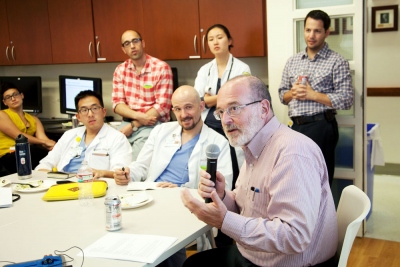 “It left me with belief that even for incurable diseases and situations, there’s a tremendous amount you have to offer: comfort, perspective, compassion. And those are values which carry over very well 30 years later, when medicine is often focused on the more technical side of things,” he said.

For some specialties, treating the whole patient means learning more about their lives outside the doctor’s office.

Sharad Jain, MD, learned this firsthand as a medical resident at UCSF when he did a rotation on a van that drove around visiting homeless patients.

He had treated similar populations in the emergency department, but Jain said “here it was like we were in somebody’s else’s home, we were in their neighborhood, we were the guests, and it just changed the dynamics in a really important way.”

Jain said it taught him to see the patient and his health in context, and to treat the whole patient – not just the illness. He brings that same approach to his instruction of new residents as the track director for the San Francisco General Primary Care Medicine Residency program.

“Dr. Jain speaks intelligently not only about the pathology of disease, but also about the social and economic factors that often play a much larger role in our patients' lives than we care to recognize,” said one of his students, Shawn Gogia.

As part of their training, Jain takes residents on a tour of San Francisco’s Bayview neighborhood and other communities where their patients live. Seeing patients’ living situations and understanding that they don’t have so much of what others take for granted is vital to delivering proper medical care, said Jain.

“For example, talking to a diabetic patient about eating better foods when he has no access to a grocery store or a car doesn’t address the problem,” said Jain.  “When you create a plan for a patient, that’s something you have to address, to know to ask about.”

Beyond learning vital diagnostic and treatment skills, successful health professionals need to learn how to work as a team with all different kinds of providers.

“Thirty years ago, physicians were trained with a narcissistic view that the physician is an island – that you were the health care system,” said Hollander. “It wasn’t true then, but it certainly isn’t true now.”

Currently the ratio of non-physician health care providers to physicians is greater than 10 to 1, noted Hollander, and it’s vital for professionals to learn how they fit in the health care system. 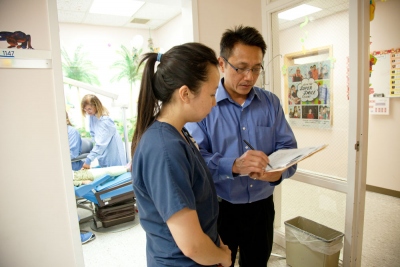 This rings true for professor Le Thuan, DDS, PhD, residency program director in pediatric dentistry at UCSF; he has not only worked to teach a collaborative approach to his dentistry students – but also to live it in his practice.

Thuan explained that oral health is critical to overall health, especially in patients with complex health issues. For example, Thuan explained, “Take a patient with a complex cardiac condition who needs surgery; if there’s any potential source of dental infection in the mouth, oral bacteria could travel in the bloodstream and cause serious life-threatening complications.”

The same dental treatment approach also holds true for childhood cancer patients, who may have a compromised immunity due to chemotherapy treatments prior to receiving bone marrow transplant to treat cancers.

Thuan has played a key role in building more collaboration between the dentistry and other UCSF departments to provide better patient care. In addition to teaching how to work in the health system, Thuan teaches his students how to think on their feet.

It’s not about getting the “right answer,” he said, but about developing the knowledge, skills and critical thinking to come up with successful treatments for patients.

“There’s no single formula that fits all, and it doesn’t make sense to teach students that,” he said. “Some folks teach only what they practice, like a cookbook, but when I teach students, I promote them to think.” 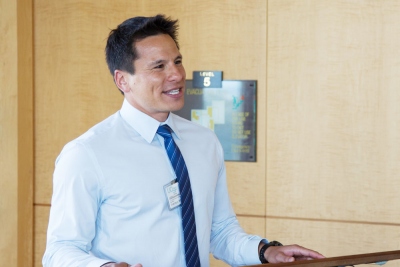 Mental health providers are also focusing on integrating into primary care. Psychiatrist Erick Hung, MD, has created multiple opportunities for his students to learn how to more effectively collaborate with other health professionals.

“One of my areas of interest is in primary care and mental health integration and thinking about teaching models for collaborative care,” he said. He’s particularly interested in the interface between mental health and the legal system, HIV psychiatry, and LGBT mental health.

Hung said his teaching style is less about him and more about the interaction with trainees, because “they’re the ones who make it fun and exciting to come to work every day.”