Osteoporosis drugs known as bisphosphonates may not protect women from breast cancer as had been thought, according to a new study led by researchers at UC San Francisco.

The drugs’ protective effect was widely assumed after several observational studies showed that women who took them were less likely to get breast cancer.

But when researchers assessed the effect of two of the most widely used osteoporosis drugs – sold under the brand names, Fosamax and Reclast – in two large randomized clinical trials, neither drug protected women with osteoporosis from getting breast cancer. The results were published August 11, 2014, in JAMA Internal Medicine. 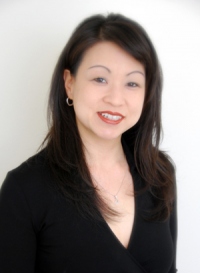 The researchers said the link found in the previous observational studies between taking the drugs and having a lower incidence of breast cancer may be due to a third factor, low estrogen.

Since having low estrogen both weakens bones and protects against most breast cancers, the women most likely to be prescribed drugs for osteoporosis are usually also at lower risk for breast cancer.

“Post-menopausal women with osteoporosis usually have low estrogen levels,” said Hue, an epidemiologist with the San Francisco Coordinating Center, a partnership between the CPMC Research Institute and the UCSF Department of Epidemiology & Biostatistics. “Lower levels of estrogen are strongly associated with a lower risk of breast cancer.”

Steven Cummings, MD, a co-author of the paper, a UCSF emeritus professor of medicine and director of the San Francisco Coordinating Center, said women should not take these drugs thinking they will protect them from breast cancer.

The data analyzed in the study came from two double blind, placebo controlled clinical trials. In both trials, women who received bisphosphonates had a slightly higher but statistically non-significant incidence of breast cancer.

The Fracture Intervention Trial (FIT) randomly assigned 6,459 women from the United States aged 55 to 81 to alendronate or a placebo for an average follow up of 3.8 years; 1.8 percent of the women who received the drug developed breast cancer, while 1.5 percent of those given a placebo developed the disease.

The Health Outcomes and Reduced Incidence with Zoledronic Acid Once Yearly-Pivotal Fracture Trial (HORIZON-PFT) randomly assigned 7,765 women from the United States, Canada, Asia, Europe and South America aged 65 to 89 to annual intravenous zoledronic acid or a placebo for an average follow up of 2.8 years; .87 percent of women who received the drug developed breast cancer, while .77 percent of those given a placebo developed the disease.

FIT was supported by Merck & Co., USA. HORIZON-PFT was supported by Novartis Pharma in Basel, Switzerland. Neither company was involved in the analysis or interpretation of the data for the manuscript or the decision to submit it for publication. The analysis was designed and conducted by non-Merck/non-Novartis investigators without additional financial support.