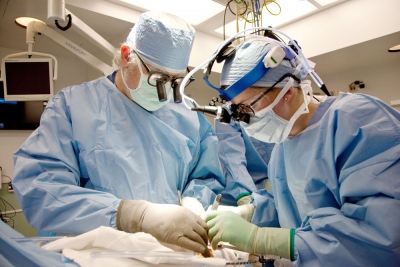 UC San Francisco is the lead institution on a new seven-year, $17 million multicenter study funded by the National Institutes of Health to determine if certain immune system cells and/or a drug now used for treating rheumatoid arthritis can be effective in improving and maintaining the long-term health of kidney transplant recipients.

The goal of this study is to reduce or eliminate inflammation in kidney transplants and prevent the associated decline in function, thereby maximizing long-term organ survival. It will involve two clinical trials and research in parallel by biologists and by researchers for the mechanistic cores.

Despite advances in transplantation – reducing early acute rejection rates to less than 15 percent and improving one-year graft survival to more than 90 percent – long-term graft success rates have remained unchanged at 4 percent loss annually. A major contributor is progression of interstitial fibrosis and tubular atrophy in the kidney.

The cells that the researchers are focused on are regulatory T cells (Tregs), which are a small population of lymphocytes that suppress the activity of other immune cells. They maintain normal immune system homeostasis and safeguard against autoimmune diseases, and their immunosuppressive properties also can be harnessed to control transplant rejection.

Tregs have the potential to induce long-term donor-specific tolerance without impeding desired immune responses to pathogens and tumors in transplant patients.

The principal investigator of the study is Flavio Vincenti, MD, UCSF professor of medicine and a kidney and pancreas transplant specialist at UCSF Medical Center. Other participating institutions are the University of Alabama at Birmingham, Emory University and Cedars-Sinai Medical Center.

“This grant allows us to work toward achieving two important advances in the transplant field,” said Vincenti. “We can introduce personalized medicine by treating patients based on molecular profiling of their kidney. We also can allow control of the response to the transplant by the patients’ own immune systems by regulatory T cells, either through infusions or pharmacologically.”

Researchers believe inflammation can be controlled in kidney transplant recipients by increasing the number or activity of Tregs, either by infusing them into the body or by blocking interleukin 6 (IL6) with the drug tocilizumab.

To do so, they will conduct two clinical trials – TASK (Treg Adaptive therapy in Subclinical inflammation in Kidney transplantation) and TRAIL (Therapy to Reduce Allograft Inflammation with IL6 inhibition). 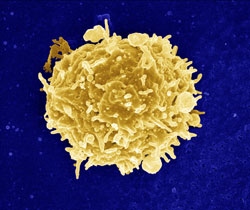 Scanning electron micrograph of a regulatory T cell isolated from a mouse spleen. Image courtesy of National Institute of Allergy and Infectious Diseases

The trials will involve expert clinical investigators, translational Treg biologists and mechanistic core researchers. The four selected transplant centers are not only noted for high quality patient care but also high patient volume and the necessary translational infrastructure to ensure successful recruitment. In fact, there already are pre-existing, productive working relationships among the transplant centers and investigators.

In the TASK clinical trial, Tregs will be taken from participating patients, multiplied in a laboratory and then infused back into the patient. Research will be done in collaboration with Jeffrey Bluestone, PhD, the A.W. and Mary Margaret Clausen Distinguished Professor of Metabolism and Endocrinology at UCSF and executive vice chancellor and provost.

The TRAIL clinical trial focuses on IL6, an interleukin (group of naturally occurring proteins that mediate communication between cells) that acts as a pro-inflammatory cytokine (small proteins important in cell signaling). It is secreted to stimulate immune response and plays a role in fighting infection.

Tocilizumab blocks the pro-inflammatory effects of IL6. Used for treating rheumatoid arthritis, small patient studies have shown a significant, sustained increase in the proportion of Tregs after treatment with the drug, lending support to the theory that antibody blockade of IL6 will result in an increase in the Treg population in kidney transplant recipients.

“We look forward to implementing these exciting therapies in transplantation,” said Vincenti.

Funding for the study is from the National Institute of Allergy and Infectious Diseases through the Clinical Trials in Organ Transplantation Consortium.