In the first analysis of its kind, UC San Francisco research shows that emergency department closures can have a ripple effect on patient outcomes at nearby hospitals.

The odds of dying were even higher for patients with certain time-sensitive conditions, especially heart attack (15 percent higher odds), stroke (10 percent) and sepsis (8 percent). The findings are of particular concern nationwide, said the authors, because the annual number of ED visits increased by 51 percent between 1996 and 2009, while the number of available emergency departments dropped by 6 percent.

The report will be published in the August issue of Health Affairs. 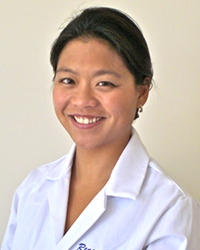 In recent years, the nation’s emergency departments have experienced an unprecedented strain with approximately 130 million annual visits according to the Centers for Disease Control and Prevention. While the number of patient visits has soared, the number of EDs nationally declined 6 percent to 4,594 between 1996 and 2009.

To investigate the effects of closures on surrounding communities, the authors analyzed the association between inpatient mortality rates at hospitals located near emergency departments in California that closed between 1999 and 2010. During this timeframe, 48 emergency departments were shuttered in the state.

The researchers found that ED closures affected nearly a quarter of admissions during the study period. Previous research has shown that patient mortality rates can increase with longer travel or wait times and crowding at emergency rooms. Furthermore, ED closures could also cause some patients to delay seeking medical care and could lead to conditions becoming less treatable.

As a result, ED closures could further reduce access to care in communities with vulnerable populations, said the authors.

“Our findings indicate that disproportionate numbers of ED closures may be driving up inpatient mortality in communities and hospitals with more minority, Medicaid and low-income patients, and contributing to existing disparities in health outcomes,” said Hsia. “These results suggest that health systems and policy makers should consider the ripple effect on communities when they regulate ED closures.”

The study data were obtained from the California Office of Statewide Health Planning and Development’s Hospital Annual Utilization Data files.

Co-authors are Charles Liu, a medical student at Harvard Medical School, and Tanja Srebotnjak, a senior fellow at the Ecologic Institute in San Mateo, California.