A UC San Francisco physician who treats birth defects affecting the face has teamed up with a European expert on animal evolution to create rodent teeth that harken back in evolutionary time.

By making a molar that mimics features found in an ancestral uber-rodent that roamed the earth 60 million years ago, the scientists successfully demonstrated a new way to explore how genetic changes affect mammalian development and how advantageous genetic mutations that spontaneously arise in new generations might take hold over time in an evolving population. 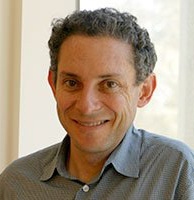 It’s not Jurassic Park, but the research team showed that real-time lab experiments are relevant to paleontologists, who typically are stuck working on mysteries of evolution equipped with little more than bits of fossilized bone or teeth. Especially for mammals, the fine features of teeth are used to determine how fossil species are related to each other and to modern animals.

A key gene manipulated by the researchers in their new study, published online July 30, 2014 in Nature, already had been a clinical research focus of study co-senior author Ophir Klein, MD, PhD, Larry L. Hillblom Distinguished Professor in Craniofacial Anomalies at UCSF. The gene, Eda, encodes a developmental protein called ectodysplasin. It is defective in a rare human birth defect that results in a shortage or absence of sweat glands, misshapen and absent teeth, and loss of hair follicles – all appendages that develop from the same embryonic tissue. The syndrome was even described by Charles Darwin in “The Variation of Animals and Plants Under Domestication,” published in 1868.

Researchers in Switzerland had previously found that the syndrome in mice can be treated during the mother’s gestation by administering the missing ectodysplasin — the first demonstration that a structural birth defect could be prevented with a medical approach, Klein said.

Klein led the first phase I clinical trial to similarly treat the condition in humans, and this past November treated the first North American baby in an ongoing phase II study.

But Klein and collaborator Jukka Jernvall, PhD, Academy Professor of evolution and development at the University of Helsinki, Finland, had also been wondering if the same biochemical pathway also could be manipulated to study evolution.

In the past, biologists have studied fine features of teeth in mutant animals to try to help them reconstruct evolutionary history. However, the changes in the mutants are often too dramatic to be very informative. “We wanted to know if we could play with these biochemical pathways to recapitulate changes that are seen in the fossil record,” Klein said.

In fact, a decade earlier Jernvall had begun experimenting on the signaling pathway in which ectodysplasin acts. He showed that if the gene that encodes ectodysplasin is knocked out or if the gene is over-activated, then many features are affected simultaneously, including the number of teeth and the shapes of different tooth structures. But like the changes seen in previous mutants, the changes resulting from Jernvall’s earlier genetic manipulations were too dramatic to match the more gradual shifts observed in the fossil record.

This time around, the researchers took their lead from the treatment strategy, fine-tuning the shape of a mouse tooth by adding back absent protein to produce the step-wise transitions observed in the fossil record. "Surprisingly, the experiments recapitulated many of the known transitions of tooth evolution," Jernvall said.

As they added increasing amounts of protein, cusps, the main features of teeth, reappeared in a step-wise fashion, in much the same order that cusps evolved in early mammal molars.

In an analysis conducted through computer modeling and the measurement of teeth from different mammals, the scientists showed how both rodents and carnivores — including later-evolving mammals such as the lion, wolf, and bear — follow the same rule of shape change suggested by the experiment.

Finally, by adjusting another gene pathway — called sonic hedgehog — in the mutant mice, the research team found that teeth could be engineered to recapitulate some of the detailed cusp features present in the ancestors of modern rodents, including Tribosphenomys minutus, a common forebear from the Paleocene epoch.

The study is a result of international teamwork between scientists including Klein and Kerstin Seidel, PhD, from UCSF; Jernvall, Enni Harjunmaa, PhD, Teemu Häkkinen, Elodie Renvoisé, PhD, Ian Corfe, PhD, Marja Mikkola, PhD, and Aki Kallonen, PhD, from Helsinki; Zhao-Qun Zhang, PhD, from the Chinese Academy of Sciences in Beijing; Alistair Evans, PhD, from the Museum Victoria in Melbourne; and Isaac Salazar-Ciudad, PhD, from the Autonomous University of Barcelona.

The research was funded by the Academy of Finland, the National Institute of Dental and Craniofacial Research and by a NIH Director’s New Innovator Award, with additional support from the Australian Research Council and the Major Basic Research Projects program in China.