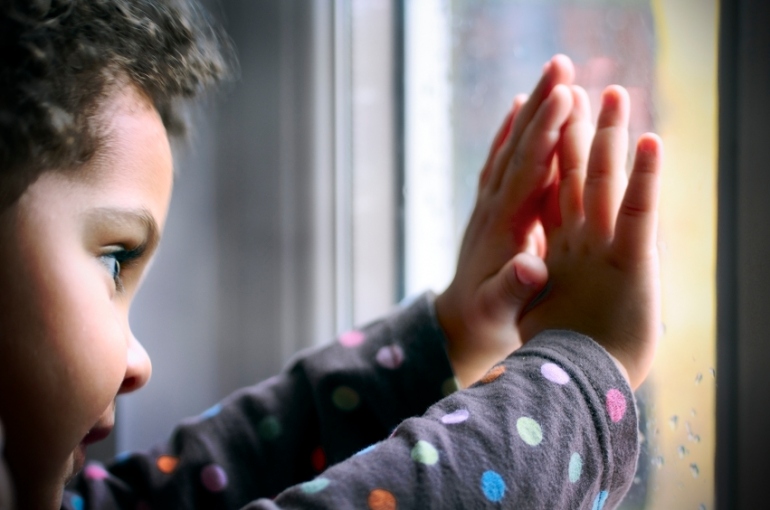 Researchers at UC San Francisco have found that children with sensory processing disorders have decreased structural brain connections in specific sensory regions different than those in autism, further establishing SPD as a clinically important neurodevelopmental disorder.

The research, published in the journal PLOS ONE, is the first study to compare structural connectivity in the brains of children with an autism diagnosis versus those with an SPD diagnosis, and with a group of typically developing boys. This new research follows UCSF’s groundbreaking study published in 2013 that was the first to find that boys affected with SPD have quantifiable regional differences in brain structure when compared to typically developing boys. This work showed a biological basis for the disease but prompted the question of how these differences compared with other neurodevelopmental disorders.

Click on the graphic to view a larger version.

“With more than 1 percent of children in the U.S. diagnosed with an autism spectrum disorder, and reports of 5 to 16 percent of children having sensory processing difficulties, it’s essential we define the neural underpinnings of these conditions, and identify the areas they overlap and where they are very distinct,” said senior author Pratik Mukherjee, MD, PhD, a professor of radiology and biomedical imaging and bioengineering at UCSF.

SPD can be hard to pinpoint, as more than 90 percent of children with autism also are reported to have atypical sensory behaviors, and SPD has not been listed in the Diagnostic and Statistical Manual used by psychiatrists and psychologists.

“One of the most striking new findings is that the children with SPD show even greater brain disconnection than the kids with a full autism diagnosis in some sensory-based tracts,” said Elysa Marco, MD, cognitive and behavioral child neurologist at UCSF Benioff Children’s Hospital San Francisco and the study’s corresponding author. “However, the children with autism, but not those with SPD, showed impairment in brain connections essential to the processing of facial emotion and memory.”

Children with SPD struggle with how to process stimulation, which can cause a wide range of symptoms including hypersensitivity to sound, sight and touch, poor fine motor skills and easy distractibility. Some SPD children cannot tolerate the sound of a vacuum, while others can’t hold a pencil or struggle with emotional regulation. Furthermore, a sound that is an irritant one day can be tolerated the next. The disease can be baffling for parents and has been a source of much controversy for clinicians who debate whether it constitutes its own disorder, according to the researchers.

“These kids, however, often don’t get supportive services at school or in the community because SPD is not yet a recognized condition,” said Marco. “We are starting to catch up with what parents already knew; sensory challenges are real and can be measured both in the lab and the real world. Our next challenge is to find the reason why children have SPD and move these findings from the lab to the clinic.” 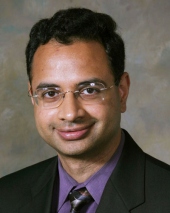 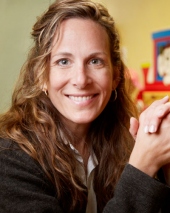 The study examined the structural connectivity of specific white matter tracts in16 boys with SPD and 15 boys with autism between the ages of 8 and 12 and compared them with 23 typically developing boys of the same age range.

The researchers found that both the SPD and autism groups showed decreased connectivity in multiple parieto-occipital tracts, the areas that handle basic sensory information in the back area of the brain. However, only the autism cohort showed impairment in the inferior fronto-occipital fasciculi (IFOF), inferior longitudinal fasciculi (ILF), fusiform-amygdala and the fusiform-hippocampus tracts – critical tracts for social-emotional processing.

“One of the classic features of autism is decreased eye-to-eye gaze, and the decreased ability to read facial emotions,” said Marco. “The impairment in this specific brain connectivity, not only differentiates the autism group from the SPD group but reflects the difficulties patients with autism have in the real world.  In our work, the more these regions are disconnected, the more challenge they are having with social skills.”

Thanks to groundbreaking work from UCSF Benioff Children’s Hospital San Francisco, a biological basis for SPD has been discovered.  There is much work to be done and a funding gap. We still need to:

You can pave the way for a new era of sensory research and therapies by supporting UCSF’s scientific sensory processing team.

Kids with isolated SPD showed less connectivity in the basic perception and integration tracts of the brain that serve as connections for the auditory, visual and somatosensory (tactile) systems involved in sensory processing.

“If we can start by measuring a child’s brain connectivity and seeing how it is playing out in a child’s functional ability, we can then use that measure as a metric for success in our interventions and see if the connectivities are changing based on our clinical interventions,” said Marco. “Larger studies to replicate this early work are clearly needed but we are encouraged that DTI can be a powerful clinical and research tool for understanding the basis for sensory neurodevelopmental differences.”

The research was supported by the Wallace Research Foundation, the Gates Family Foundation and the Holcombe Kawaja Family Foundation. The authors have reported that they have no conflicts of interest relevant to the contents of this paper to disclose.