Parents who have a child with autism spectrum disorder (ASD) are about one third less likely to have more children than families without an affected child, according to a study led by a UC San Francisco researcher. 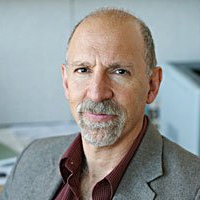 The findings, which appear in the June 18 issue of JAMA Psychiatry, stem from the largest study of its kind on further child bearing after a child has been diagnosed with the disorder. These are the first data to indicate that this is a reproductive decision. “While it has been postulated that parents who have a child with ASD may be reluctant to have more children, this is first time that anyone has analyzed the question with hard numbers,” said Neil Risch, PhD, a UCSF professor of epidemiology and biostatistics and director of the UCSF Institute for Human Genetics.

Most previous research into the heredity of autism has ignored a possible decision on the part of parents with affected children to reduce their subsequent child-bearing, a situation that occurs with some birth defects and has been termed “reproductive stoppage.” As a result, previous estimates of the odds of having a second child with the disorder may have made the risk appear lower than it actually is.

“This study is the first to provide convincing statistical evidence that reproductive stoppage exists and should be taken into account when calculating the risks for having a another child with ASD,” said Risch, who is senior author on the paper. “These findings have important implications for genetic counseling of affected families.”

Using California state health records, the authors identified 19,710 families in which a child with ASD was born between 1990 and 2003. The families were matched with 36,215 control families without an ASD-affected child.

Overall, families whose first child had ASD were one-third less likely to have a second child than control families. Families in which a later-born child was the first to be affected by ASD were equally less likely to have more children. Researchers said that subsequent childbearing appeared to be normal until the time an affected child would typically start to show symptoms or be diagnosed, indicating that the stoppage was likely the result of a parental choice or circumstance, rather than a reproductive problem.

According to Risch, the findings do more than simply change the picture of risk for having another autistic child. “Our work shows that not only do people with ASD have fewer children than others,” he said, “but in families where a child has ASD, the fact that the parents choose to have fewer children means the genes that predispose to ASD are less likely to be passed on to future generations.”

This, in turn, leads to a paradox that has yet to be solved, he said.

“ASD has an important genetic component, which should be diminishing over time due to this reduction in childbearing,” Risch said. “Yet over the past several decades, the incidence of ASD has risen dramatically.”

In the year 2000, autism was reported in an estimated one child out of 150 in the United States, according to the Centers for Disease Control and Prevention. In 2010, the most recent data available, that rate had more than doubled, to one in 68 children.

The paper did not assess the reasons behind such a decision, but it may indicate that parents are either concerned about having another affected child or don’t have the ability to care for another child after having one with ASD, according to Lisa Croen, PhD, an epidemiologist and director of the Autism Research Program at Kaiser Permanente Northern California, who helped design the study and was a co-author of the paper.

“Unfortunately, we still don’t know what causes autism, or which specific conditions make it more likely,” Croen said. “We are hoping that further research will enable us to identify both effective treatment strategies and, ultimately, modifiable causes of the disorder, so parents won’t have to curtail their families for fear of having another affected child.”

The study was funded by the UCSF Institute for Human Genetics and the National Institutes of Health (grant R25 CA 112355).