They’re some of the most common conditions affecting people’s health, and for millions with the most severe cases, conventional treatments such as psychotherapy and medication don’t work adequately – or simply don’t work at all.

What if there were a treatment that could target the specific brain circuits that caused these conditions and offer patients a long-lasting solution? 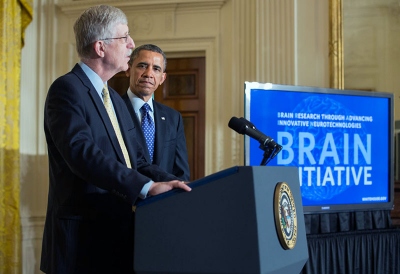 A team of scientists and physicians led by UC San Francisco is launching a $26 million project, funded by the Defense Advanced Research Projects Agency (DARPA), to map the human brain circuits that go awry in neuropsychiatric disorders and employ advanced technology to correct these patterns.

It’s one of the first projects launched in support of the $100 million Brain Initiative (Brain Research through Advancing Innovative Neurotechnologies), announced by President Barack Obama last year to support research on treating, preventing and perhaps curing brain disorders such as Alzheimer’s, schizophrenia, autism, epilepsy and traumatic brain injury. Because psychiatric conditions disproportionately affect soldiers and veterans, DARPA – a major partner in the Brain Initiative – is seeking the most original approaches to treatment-resistant mental illnesses through its new Systems-Based Neurotechnology for Emerging Therapies (SUBNETS) program.

“Human brain recording can now reveal aspects of mental illness that have been inaccessible to scientists and doctors,” said UCSF neurosurgeon Edward F. Chang, MD, who is leading the project. “By analyzing patterns of interaction among brain regions known to be involved in mental illness we can get a more detailed look than ever before at what might be malfunctioning, and we can then develop technology to correct it.”

The technology itself already exists to help people with their motor skills.

For years, doctors have been doing deep brain stimulation to correct circuitry in movement disorders such as Parkinson’s Disease.  And for patients who are paralyzed or are missing limbs, scientists at the Center for Neural Engineering and Prostheses – where Chang is co-director – have been working in the field of brain-machine interfaces to develop a tiny implantable device for the brain that can convert their thoughts into control commands for a robotic arm or exoskeleton.

This new project plans to leverage brain-machine interfaces to do the same for psychiatric patients – but instead of driving a robotic arm or exoskeleton, the device would be able to detect abnormal brain activity and deliver electrical stimulation within the brain to alleviate the symptoms.

And because of its natural plasticity, the brain eventually could “unlearn” these abnormal signaling patterns and the patient could potentially be cured.

Read the news release to learn more about this project.