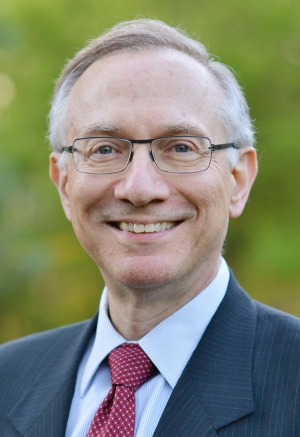 Harvey V. Fineberg, MD, PhD, MPP, the president of the Institute of Medicine (IOM), will come to UC San Francisco for a yearlong appointment as a Presidential Chair beginning in September.

Fineberg is a public health expert with a particular interest in health policy and medical decision making. He has been head of the IOM, which is the health arm of the National Academy of Sciences, for two full terms, and will step down at the end of June. Before that, Fineberg spent many years at Harvard University; first as a college and medical student, and later as a faculty member, dean of the School of Public Health and provost of the University.

At UCSF, Fineberg will write and lecture about global health policy and analysis. He will be the keynote speaker at the UCSF Science of Global Health symposium on October 2, which coincides with GHS’s 10-year anniversary and the opening of Mission Hall, the new building at UCSF Mission Bay where global health, clinical and other faculty will have offices.

“UCSF is an extraordinary place, and I am very pleased to come and join its global health faculty,” Fineberg said. “It is one of the nation’s premier biomedical centers, and it has become a first-class center for global health as well.”

Fineberg was invited to UCSF by Jaime Sepulveda, executive director of UCSF Global Health Sciences (GHS), as well as Sam Hawgood, MBBS, Dean of the School of Medicine and Interim Chancellor, and David Vlahov, RN, PhD, Dean of the School of Nursing. Sepulveda and Fineberg have known each other since the 1980s, when Sepulveda was a graduate student at the Harvard School of Public Health. They later edited a book together about HIV prevention.

“Harvey is one of the most respected and influential leaders in academic medicine, and we at UCSF are extremely fortunate to have him as a visiting professor,” Sepulveda said. “I owe him a lot. He has been my mentor for decades, and he’s also a mentor to many others.”

Fineberg has played an influential role in American health policy, particularly in the areas of vaccine use, AIDS prevention, clinical decision making and the uses of medical technology. He wrote an important book on the controversial 1976 immunization program on swine flu, called “The Epidemic that Never Was” and later chaired a committee that examined the World Health Organization’s handling of the 2009 epidemic of H1N1 swine flu. He has argued that investing in global health enables industrialized countries to help those in desperate need, while protecting their own citizens from disease and strengthening international relationships.

Fineberg joins other global health luminaries at UCSF, including Sir Richard Feachem, PhD, DSC the former head of the Global Fund to Fight Aids, Tuberculosis and Malaria who now heads the Global Health Group at GHS; and Eric Goosby, MD, who was President Barack Obama’s Global AIDS Coordinator and head of PEPFAR, the President’s Emergency Plan for AIDS Relief. At UCSF, Goosby is starting a new Center for Global Health Delivery and Diplomacy that will engage in international health diplomacy, advocacy and integrated health system delivery.

Through interdisciplinary education, service and research programs, GHS harnesses UCSF’s scientific strengths to train global health leaders of tomorrow and develop solutions to today’s most pressing health challenges. GHS faculty, staff and students are on the cutting edge of research, treatment, public health practice and policy development for HIV/AIDS, malaria, tuberculosis, neglected tropical diseases, immunizations, women’s reproductive and children’s health, and other conditions that have a devastating impact both globally and locally. They work in more than 50 countries and partner with academic centers, international organizations, ministries of health and private industries to improve the health of vulnerable populations.