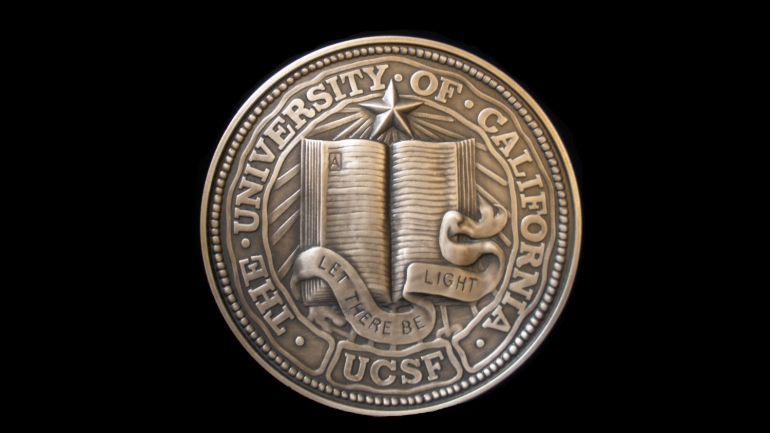 A professor who has devoted her career to helping underserved populations; a retired U.S. Naval Reserve commander who has led philanthropic initiatives; a nurse who educated pregnant women at refugee camps in Africa; and a biotech leader who helped discover the Hepatitis B vaccine have all just earned UC San Francisco’s highest honor. 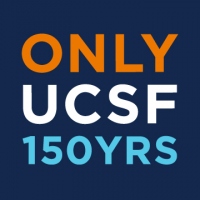 ► Read more about how UCSF is celebrating its 150th Anniversary.

The celebration occured at the San Francisco Palace Hotel on the evening of April 10. A committee composed of University members and others select the honorees annually.

This tradition was started in 1975 by then Chancellor Francis Sooy, MD, who replaced granting honorary degrees with the UCSF Medal. He also inaugurated Founders Day, an annual celebration of UCSF’s contributions to the people of California, in 1982. This year, Founders Day marks the official launch of UCSF's 150th anniversary celebration, which will run through May 2015.

The recipients of the 2014 UCSF Medal are:

Through research, teaching, and public service, Carroll L. Estes, PhD, has devoted her career to improving the health and economic security of vulnerable and underserved populations, giving special attention to women, older persons, and communities of color.

A leading policy scholar on sociology, aging, geriatrics, Social Security, Medicare, and long-term care, Estes is a prolific, persuasive, and original thinker. She founded the UCSF Institute for Health & Aging in 1985, serving as its director for almost two decades.  The Institute’s mission is to "optimize the health and aging of individuals, communities, and society through research, education and public service." Now professor emerita at the Department of Social and Behavioral Sciences, School of Nursing, Estes is engaged in research, writing, post-doctoral training, and active policy work in Washington, D.C.

Estes received the UCSF Research Lecturer, the Chancellor’s Award for the Advancement of Women, and the School of Nursing’s top research award. She is the author, co-author, and co-editor of more than 20 books. Two of Estes' books, The Nation’s Health (with Philip R. Lee), and Health Policy (with Charlene Harrington, Susan Chapman, Catherine Dodd, and Brooke Hollister), have been adopted in more than 400 schools of medicine and nursing.

Her research and public service includes consultancy to U.S. Commissioners of Social Security, U.S. Senate and House Committees on Aging, federal commissions, The Institute of Medicine, The National Academies, and as president of both the Gerontological Society of America  and the American Society on Aging.

Named distinguished scholar at The London School of Economics and the Sorbonne, Paris, Estes holds a BA from Stanford University, an MA from Southern Methodist University, and a PhD from UC San Diego. She has one daughter and two granddaughters.

He has served on the campaign for UCSF Medical Center on the UCSF Mission Bay campus — a modern neighborhood built on the convergence of scientific research, clinical care, and collaborative endeavor.

As a counselor and colleague to UCSF senior leadership, and tireless advocate for UCSF in the Bay Area community, Rosenberg's devotion and initiative have been an essential element of UCSF’s growth and excellence. Rosenberg holds a degree in journalism from Suffolk University, and LLB and MBA degrees from Golden Gate University. A legend in the business community and the banking industry, Rosenberg retired as chairman and chief executive officer of Bank of America, having spent 22 years at Wells Fargo Bank, where he was vice chairman and director.

He is also a retired commander in the U.S. Naval Reserve, a member of the California Bar Association, a trustee of the California Institute of Technology, and a Former Chair of the United Way of the Bay Area, and was recently elected a member of American Academy of Arts & Sciences. Rosenberg is a winner of the Horatio Alger Award and was recently honored with the Corporate Director Lifetime Achievement Award having served as a director of nine major U.S. corporations.

Having previously taught while with the Peace Corps there, she returned to Africa, working in refugee camps in Somalia and the Sudan. Because of these experiences, Ryan created a health outreach program, an effort she would later replicate at the Homeless Prenatal Program. Serving as its executive director, she founded the HPP in 1989, obtaining initial funding via a grant from the San Francisco Foundation, with the mission of providing free prenatal care to at-risk pregnant women. That first year, with a staff of only three, the HPP provided prenatal care to 72 women. Twenty-five years later, HPP has a staff of 78 – half of them former clients – and serves 3,500 families each year.

The HPP has become a comprehensive family resource center, providing a full range of services to families with three major goals: ensuring the health of babies and their parents; ensuring that parents are knowledgeable, motivated, and empowered to ensure their family’s success; and providing families with resources that will promote their economic self-sufficiency. These are all part of the HPP’s ultimate goal—to break the cycle of childhood poverty.

A native of Chile, Pablo D. T. Valenzuela, PhD, has dedicated his professional life to the development of biotechnology.

Known for his genetic studies of hepatic viruses, Valenzuela has worked to develop biotechnology products in both the United States and Chile, in the areas of international diagnostics, blood banking, and pharmaceutical products.  Together with William J. Rutter, and Edward Penhoet, Valenzuela co-founded the Chiron Corporation. Valenzuela participated as research and development vice president directing  the discovery of the Hepatitis C virus, and, jointly with Bill Rutter in the invention of the first recombinant vaccine, against the Hepatitis B virus.

Valenzuela studied biochemistry at Universidad de Chile, and received a PhD in chemistry from Northwestern University. He performed postdoctoral work and held a position as adjunct professor in the UCSF Department of Biochemistry.

Inventor of more than 30 granted patents, and publishing articles in 140 scientific publications, Valenzuela cofounded Fundacion Ciencia & Vida, in 1997. He is a professor at Universidad Católica and Universidad Andrés Bello, and is co-founder and executive president of GrupoBios and Andes Biotechnologies. Valenzuela is a member of the Chilean Academy of Sciences, and was given the Chilean National Award for Applied Sciences in 2002. In 2012, he received the Lifetime Achievement Award from the BayBio Association of California.