In Adam Gazzaley’s new lab, the brain is a kaleidoscope of colors, bursting and pulsing in real time to the rhythm of electronic music.

The mesmerizing visual on the screen is a digital masterpiece – but the UC San Francisco neuroscientist has a much bigger aspiration than just creating art. He wants this to lead to treatments for a variety of brain diseases, including Alzheimer’s, autism and multiple sclerosis. 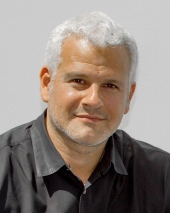 Gazzaley, MD, PhD, opened the Neuroscape lab this month at UCSF’s Mission Bay campus, where he’s developed a way to display a person’s brain activity while it’s thinking, sensing and processing information, allowing researchers to see what areas of the person’s brain are being triggered – or, in the case of certain diseases, not triggered.

Until recently, it was impossible to study brain activity without immobilizing the person inside a big, noisy machine or tethering him or her to computers. At the Neuroscape lab, subjects can move freely to simulate real-world conditions.

One of its first projects was the creation of new imaging technology called GlassBrain, in collaboration with the Swartz Center at UC San Diego and Nvidia, which makes high-end computational computer chips. Brain waves are recorded through electroencephalography (EEG), which measures electrical potentials on the scalp, and projected onto the structures and connecting fibers of a brain image created with Magnetic Resonance Imaging and Diffusion Tensor Imaging.

To demonstrate the technology at the lab’s opening, Grateful Dead drummer Mickey Hart donned an Oculus Rift virtual reality headset and played a drumming video game designed to enhance brain function, while colorful images of his brain in action showed on the screen. Video games like NeuroDrummer are an entertaining and accessible way that Gazzaley is developing to train the brain.

Read the news release to learn more about the Neuroscape lab and Gazzaley’s work. 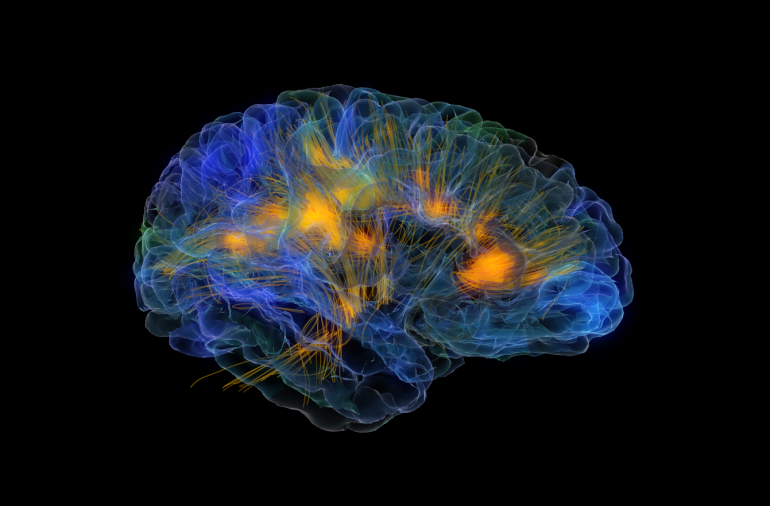