The hope is that using this novel treatment strategy at the time of transplantation surgery could spare patients from lifelong immunosuppressive treatments and their side effects. The approach might also be used to treat autoimmune diseases such as type 1 diabetes, the researchers said.

The study is published and commented upon in a recent issue of the American Journal of Transplantation.

The study was conducted in mouse studies of islet-cell transplantation – a procedure used to restore insulin secretion and control over glucose levels in the blood in patients with life-threatening diabetes. The treatment allowed more than 70 percent of mice to accept transplants without requiring any long-term treatment with immunosuppressive drugs. 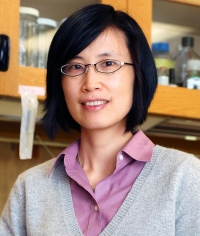 Up to 80 percent of the donor-reactive effector T cells, which play a major role in transplant rejection, were eliminated by this treatment. However, that procedure alone did not prolong survival of transplanted tissue.

That required a second step: Some of the mice also received cell therapy — an expanded population of cells called TREGs that quell immune activity. About 70-80 percent of these mice accepted the transplants, without requiring any long-term immunosuppressive drugs.

Significantly, when the cell therapy was used only in those cells that specifically target donor tissue, only one-fifth as many cells were needed to prevent transplant rejection, the UCSF researchers found. The bigger bang per cell may bode well for clinical protocols, Tang suggested.

An inkling that such a two-pronged approach might work in humans came from the unanticipated outcome of an islet-transplantation clinical trial at UCSF Medical Center, in which a new drug regimen killed effector T cells, allowing another type of immune cell, the TREGs, to quiet the rejection response. One patient in that study now has functioning islets and has been free from immunosuppressive therapy for more than one year.

Controlled clinical trials to evaluate a similar approach for liver and kidney transplantation are in the planning stage, according to Tang, an associate professor of surgery and the head of the Transplantation Research Laboratory at UCSF. “The clinical trial design incorporates what we found in the mouse islet transplant model,” she said.

Both immune-cell populations that Tang and colleagues manipulated in the mouse studies are T cells, a branch of the immune system’s armed forces.

Production of effector T cells normally is ramped up in response to foreign invaders such as infectious disease microbes. However, their numbers also increase to battle foreign, transplanted cells, and they are abnormally activated in autoimmune diseases such as type 1 diabetes, in which effector T cells attack insulin-secreting beta cells of the pancreas.

Another type of T cell used in Tang’s studies, the regulatory T cell, or TREG, normally helps calm the immune system after microbial foes have been vanquished, and may help prevent excessive collateral damage to tissues that might otherwise result from immune responses.

In recent years, transplant teams have begun testing immunosuppressive drugs near the time of surgery that preferentially knock down T effector cell populations — hoping to lower the chances of transplant rejection — with the expectation that patients would still require some kind of lifelong immunosuppressive therapy.

In the recent human islet transplantation study, UCSF researchers discovered that the Genentech drug Efalizumab not only did an excellent job of suppressing T effector cells, but also dramatically increased TREG populations. This effect ultimately allowed one patient to go off immunosuppressive therapy completely, Tang said, and raised hopes that the two-pronged approach could be developed to prevent transplant rejection.

To boost TREGs, Tang and TREG research pioneer Jeffrey Bluestone, PhD, the A.W. and Mary Margaret Clausen Distinguished Professor of Metabolism and Endocrinology at UCSF, have for years been developing methods to collect TREGs from the body, to then expand their numbers in the lab, and finally to return them to the transplant patient.

A UCSF phase 1 clinical trial to evaluate TREGS for the treatment of type 1 diabetes has recently concluded patient recruitment. The team is actively planning a follow-up phase II trial to begin recruitment early in 2014, Tang said.

In another UCSF study published online in September in American Journal of Transplantation, Tang, Bluestone and colleagues described a way to preferentially grow human TREGs in a clinical laboratory that are specifically targeted to protect donor tissue.

The U.S. Food and Drug Administration has approved the use of the donor-targeted TREGs in liver transplant patients in clinical trials, Tang said.

“We decided to go with liver transplantation first, because the therapy is new, and liver grafts are more resilient,” she said. “We are also actively seeking approval for the use of this product in kidney transplant patients.  We anticipate that these trials will start later this year.”

The most recent study was funded by a donation from the Joyce and Fred Nicholas Family, the Korea Foundation for International Cooperation of Science and Technology (KICOS), and by the National Institutes of Health. 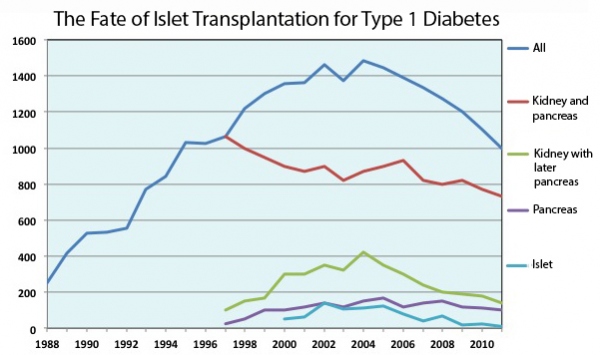 Transplantation of pancreatic islet cells from deceased donors are used to treat some of the worst cases of type 1 diabetes - patients for whom the risk of life-threatening episodes of hypoglycemia is greatest. Islet transplantion in becoming more efficient, and the cost now is comparable to whole-pancreas transplantation, according to UCSF surgeon Andrew Posselt, MD. Islet transplantation is less invasive to patients. Costs have been a limiting factor on insurance coverage, despite the growing success of transplantation procedures.