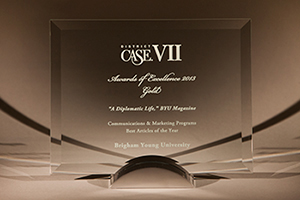 award, and one bronze award.

The Council for Advancement and Support of Education (CASE) has honored UC San Francisco with four awards in the 2014 CASE Awards of Excellence, which recognize contributions by higher education institutions in the fields of journalism and marketing communications. 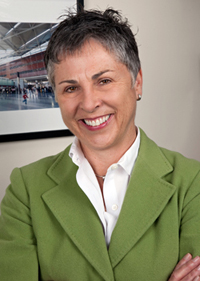 UCSF won gold medals in the “news writing” category for a compilation of research and patient care stories written by the University Relations news team, and in the “innovative use of technology” category for its MeForYou web campaign, which was created to start a movement by getting the public interested in preventing and curing deadly diseases.

The OME Precision Medicine Summit, which convened 170 of the world’s foremost scientific and policy thinkers, creators, and innovators to UCSF Mission Bay in June 2013, won a silver medal in the “multi-day special events” category.

A video of cardiothoracic surgeon Pierre Theodore, MD, using the Google Glass as an auxiliary technological tool in the operating room won a bronze medal in the category of “news and research videos.”

“We received a tremendous number of entries this year, and your excellent achievement stood out among the best,” said Nancy Treser-Osgood, CASE VII Chair, in a statement.

CASE is a professional international organization comprised of more than 3,600 colleges and universities in 82 countries. Founded in 1974 as a result of a merger between the American Alumni Council and the American College Public Relations Association, CASE is headquartered in Washington, D.C., with offices in London, Singapore and Mexico City.