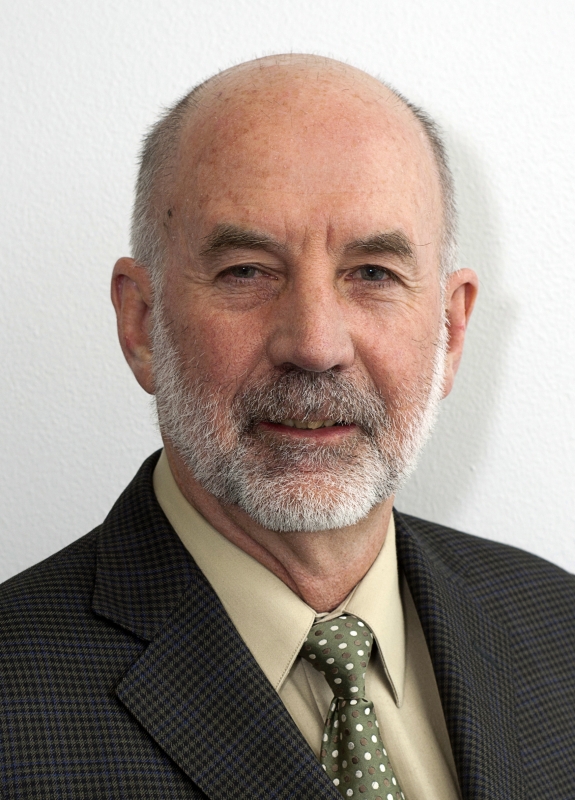 UCSF School of Dentistry Dean John D.B. Featherstone has agreed to an additional five-year term as Dean, following a positive Stewardship Review Committee report and an invitation to continue in the role of Dean by UCSF Chancellor Susan Desmond-Hellmann.

The conclusions of the report were presented by Chancellor Desmond-Hellmann in a town hall-style meeting, open to UCSF Dentistry faculty and staff, on Jan. 9, 2014, after which the Chancellor and Dean Featherstone responded to questions from the audience.

"The overarching message received by the Committee was that Dean Featherstone has been an effective, fair, transparent, and responsible steward of the school during a period of severe stress" began the closing section, adding that "he has done an admirable job of balancing the needs of a very diverse school, which included clinical as well as basic science departments, thriving educational and research programs, and the operational logistics of dental clinics."

The report concluded: "The Stewardship Committee unanimously recommends that the Dean be reappointed for another five-year term, without the requirement of interim review."

Dean Featherstone reacted to the reading by thanking "the Stewardship Review Committee for a very thorough task," adding that "I've read the report in detail and in general it's very positive, and it reflects the support that I've had from all of the faculty, staff, and students."

He also thanked Chancellor Desmond-Hellmann, who will step down as UCSF Chancellor at the end of March to lead the Bill & Melinda Gates Foundation, for her leadership and strong support of the School of Dentistry.

Featherstone, MSc, PhD, has served as dean of the dental school since 2008. He served as Interim Dean in 2007, when he was appointed to that role by former UCSF Chancellor J. Michael Bishop following the departure of the previous Dean Charles Bertolami, DDS, DMedSc.

Dean Featherstone has been a distinguished member of the school's faculty for 18 years and has numerous publications and honors to his credit, including the IADR (International Association for Dental Research) Distinguished Scientist Award for research in dental caries (2000), the Zsolnai Prize from the European Caries Research Organization for his lifelong contributions to caries research (2002), and the prestigious Norton Ross Award for Excellence in Clinical Research from the American Dental Association (2007).  Dean Featherstone was made an Honorary Fellow of the Pierre Fauchard Academy in 2013.

He has achieved significant additional distinction for his work in the creation of the CAMBRA (Caries Management by Risk Assessment) method.  This includes the recent development, in conjunction with Dr. Peter Rechmann, of a CAMBRA app for iOS that helps dental professionals and non-professionals alike use CAMBRA to manage oral health, and the successful first-ever dental MOOC (massive, open, online course) on Coursera in the Fall of 2013, which will be offered again in the Spring of this year.