A new analysis of animal studies on cholesterol-lowering statins by UC San Francisco researchers found that non-industry studies had results that favored the drugs even more than studies funded by industry. 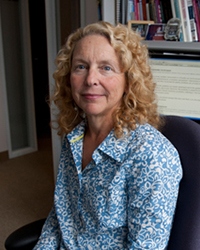 In previous studies, Bero determined that drug-company-sponsored clinical trials were associated with publication of outcomes that favor the sponsor. Bero’s work has been cited as part of policy reform efforts that have led many journal publishers, agencies and institutions to require researchers to disclose funding sources and possible conflicts of interest when presenting their research.

The impetus for the current study, Bero said, was to explore whether or not industry-funded animal studies also would be likely to yield more positive outcomes for the companies’ drug candidates.

However, the reason for the opposite findings obtained in analyzing animal and human studies merits additional investigation, Bero said. Selective reporting of study outcomes might play a role, she suggested.

Conclusions of all the studies tended to be favorable in Bero’s PLoS Biology analysis. While the industry-sponsored animal studies had somewhat less favorable results, they nonetheless were more likely to present conclusions that favored the statin even when data were less favorable. This result highlights the role of “spin” in communicating research findings, Bero said.

The UCSF researchers also found methodological problems to be common, both in non-industry and industry-sponsored studies. Furthermore, Bero found that harmful side effects were not investigated.

“Not a single animal study we looked at assessed adverse events following the statin intervention,” Bero said. “As toxicity data from animal studies must be submitted to drug regulatory authorities before a compound can proceed to testing in humans, it is surprising that so little data on harm appear in the published scientific literature.”

Criteria for including or excluding animals from studies often were not included in published reports, the UCSF researchers found, and many studies also failed to account properly for changes in the assigned treatment arm that occurred during the course of treatment.

Most of the industry and non industry studies analyzed in Bero’s PLoS Biology report were done using rabbits and mice. To gauge atherosclerosis, targeted by statins, researchers quantified blood vessel qualities such as number of damaged blood vessels, blood-vessel diameter, plaque severity, blockage to coronary and other arteries, and plaque rupture.

The study was funded by the National Institute of Environmental Health Sciences.

Co-authors are David Krauth, Andrew Anglemyer, PhD, Rose Philipps, all from the Department of Clinical Pharmacy at UCSF.

UCSF is the nation’s leading university exclusively focused on health. It is dedicated to transforming health worldwide through advanced biomedical research, graduate-level education in the life sciences and health professions, and excellence in patient care. It includes top-ranked graduate schools of dentistry, medicine, nursing and pharmacy; a graduate division with world-renowned programs in the biological sciences, a preeminent biomedical research enterprise and two top-tier hospitals, UCSF Medical Center and UCSF Benioff Children’s Hospital.