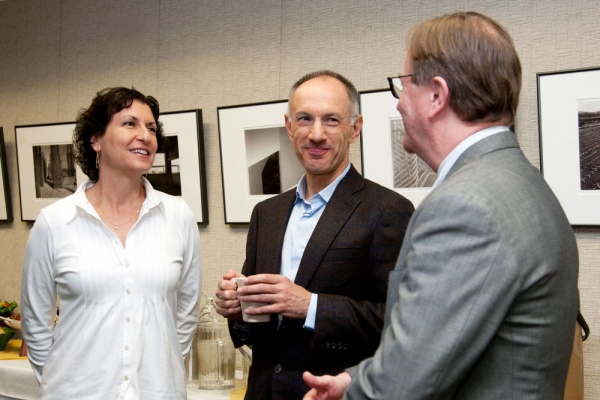 In an outpouring of support for basic science education, all 20 clinical chairs at UC San Francisco’s School of Medicine have banded together to provide $1.5 million to an endowment intended to ensure UCSF’s PhD research program thrives in the face of an increasingly constricted scientific funding environment.

The gift came as a surprise, since the chairs were not originally asked to dip into their own departmental funds to contribute toward a new endowment – the UCSF Discovery Fellows Program – set up to ensure the stability of the University’s basic science program.

The Discovery Fellows Program, established earlier this year with $60 million, is the largest endowed program for PhDs in the history of the University of California system. A total of 45 students were named to the inaugural cohort of Discovery Fellows this month. 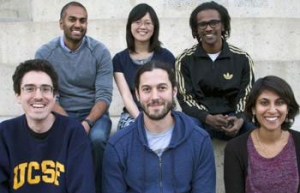 The Graduate Division has announced 45 students who have been chosen for the inaugural cohort of UCSF Discovery Fellows, selected on the basis of their leadership potential, excellence in research, community-mindedness and communications skills.

Sir Michael Moritz, who with his wife Harriet Heyman made the program possible with their $30 million contribution, said he hopes the fellows “will become outspoken advocates for UCSF’s basic science programs and for the importance of the innovative research going on at UCSF. It’s hard to imagine better ambassadors than these sparkling students.”

A total of 50 students will hold Moritz-Heyman Discovery Fellowships each year, and a second round of selections for the remaining five slots will take place later this year. As additional lead donors make contributions to the program, fellowships will be added and named for the new donors.

Students initially were nominated by their program, and the Discovery Fellows Faculty Advisory Board made the final selections from among the nominees.

The Graduate Division will be holding workshops to help new Discovery Fellows grow into their role as student-ambassadors, and they will be invited to speak and present their research at Graduate Division/Discovery Program events. The fellows also will receive $2,000 per year through the fifth year of study to support their research or travel to scientific conferences.

“I am incredibly proud of our students,” said Graduate Division Dean and Vice Chancellor for Student Academic Affairs Elizabeth Watkins, PhD. “We are so grateful to Sir Michael and Harriet for giving us a meaningful way to recognize and reward students who demonstrate both research excellence and community spirit.”

The program was launched with an initial $25 million gift from Sir Michael Moritz, a Silicon Valley venture capitalist and his wife, Harriet Heyman, who volunteers in a basic science lab at UCSF. Chancellor Susan Desmond-Hellmann also provided $25 million in institutional funds.

Moritz and Heyman agreed to give an additional $5 million that is contingent upon UCSF raising $5 million from at least 500 different donors.

Moritz, who is chairman of Sequoia Capital in Menlo Park, Calif., said his initial intention was to highlight the importance of basic science research, especially to those who may normally donate to clinical programs.  While investigators working out biological processes may at first seem arcane, the discoveries often later prove pivotal to developing new therapies.

“The wonderful support UCSF clinicians have displayed for the Discovery Fellows fund underlines their deep belief in its purpose," he said. "Benefits for tomorrow's patients will come from today's work in basic science.”

‘All Boats Float Together’

The chairs said they were highly motivated to step up in support of their PhD colleagues, whose labs help fund PhD education and have been hit hard by a combination of state higher education cuts and flat federal research funding.

The intensely competitive scientific environment at UCSF means that many clinicians have PhDs, along with their medical degrees. And they well understand how important it is to attract top-flight basic science students with guaranteed funding, since these students also bring their highly specialized skills to the labs run by clinical faculty. Many of these students also do rotations in clinical labs as part of their training.

“They’re really important to what we do, which is why it was easy to give when they asked,” said Matthew State, MD, PhD, chair of the Department of Psychiatry. “It really is, all boats float together in our scientific community.”

It took just two weeks for the all the money to flow in, after the chair of Urology, Peter Carroll, MD, MPH, put a call out for uniform support . He serves as the co-chair of the Discovery Fellows Clinical Council, a group of advocates for the program that has grown to include all 20 chairs of the clinical departments.

“I was very surprised, because they are very busy people,” Carroll said. But he added that it made sense that the clinical community would step up in such a dramatic way, since the new endowment goes to the very heart of what UCSF is all about: innovation and education.

“This sits right at the intersection of those two things. We can only innovate if we do research. And we can only do research if we educate.”

Sam Hawgood, MD, dean of the UCSF School of Medicine, said the Moritz/Heyman gift had an immediate, uplifting effect on the entire research community at UCSF and was a happy occasion for clinical and basic researchers to find yet more ways to collaborate.

“The clinical chairs saw how important their gift was and how galvanizing to the community it could be, and they very enthusiastically got behind it,” he said. “What makes me most pleased and proud of the clinical chairs is that it really expresses a tremendous unity of purpose across the school and how our missions come together.” 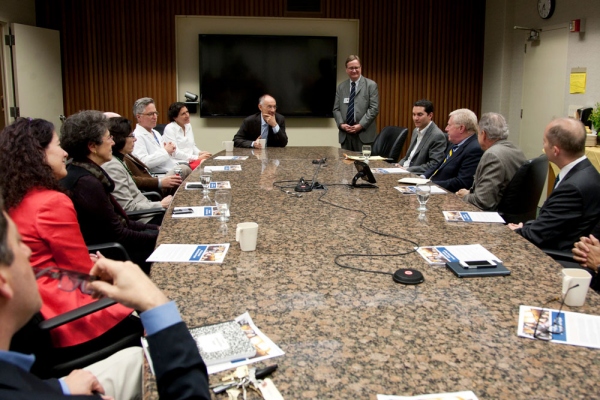