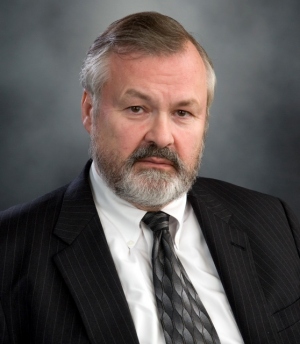 George C. Halvorson, former chairman and CEO of Kaiser Permanente, is the featured speaker of the Chancellor’s Health Policy Lecture on Wednesday, Jan. 29.

Halvorson will speak at noon in Cole Hall Auditorium on the UCSF Parnassus campus.

The lecture series began in 2006 as a way to bring outstanding health policy leaders to UCSF to highlight the important role health policy plays within the UCSF community.

Halvorson served as chairman and chief executive officer of Kaiser Permanente from 2002-2013. Headquartered in Oakland, California, Kaiser Permanente is the nation’s largest nonprofit health plan and hospital system, serving more than 9 million members and generating about $50 billion in annual revenue.

He was recently appointed as new chair of the First 5 California Commission by Governor Jerry Brown.

Kaiser Permanente has been investing heavily in electronic medical records and physician support systems over the past five years. More than 9 million patients now have their records in the KP computers. The medical records are designed to provide real time information to the patients and physicians and to provide the tools to coordinate their care among doctors, nurses, and other caregivers.

Kaiser Permanente is building one of the world’s largest DNA data sets for health care research, with nearly 200,000 patient DNA samples collected and added so far.

The Workgroup for Electronic Data Interchange also awarded him the 2009 Louis Sullivan Award for leadership and achievements in advancing health care quality.

In 2012, he was the social media chair for the Global Health Policy Forum and was named No. 6 on Modern Healthcare's annual 100 Most Influential People in Healthcare list.

He has served on the boards of the National Committee for Quality Assurance, America’s Health Insurance Plans, and the Alliance of Community Health Plans (ACHP).

Halvorson chaired the International Federation of Health Plans (IFHP) and co-chaired the Institute for Healthcare Improvement (IHI) Annual National Forum on Quality Improvement in Health Care for 2010. In 2009, he chaired the World Economic Forum’s Health Governors meetings in Davos.