In 2012, the HIV antiretroviral drug Truvada became the first and only medication approved by the FDA for HIV prevention. Led by Gladstone Institutes’ Investigator Robert Grant, MD, MPH, this research was hailed as an important step towards reducing the worldwide HIV/AIDS epidemic. Now, a new study provides further proof that regular Truvada use can reduce one’s risk for contracting HIV – without increasing sexual risk behavior. 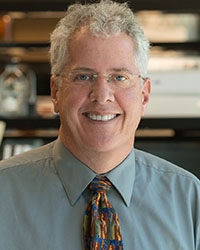 This research, published Dec. 18 in the online journal PLOS ONE, builds on the 2010 Global iPrEx clinical study, which reported that Truvada, an FDA-approved drug used for years to treat HIV-positive patients, could also prevent new infections in people likely to come in contact with the virus. Lending further support to Truvada’s efficacy, a 2012 follow-up study found that taking Truvada regularly reduced risk of HIV infection by more than 90 percent.

Questions about the drug’s real-world effectiveness remained, however, particularly concerning the issue of whether taking the drug could lead to a behavioral effect called risk compensation. Risk compensation is the notion that individuals adjust their behavior in response to a change in their perceived level of risk—such as increasing exposure to the sun in response to sunscreen use. While iPrEx participants did self-report decreases in sexual risk behavior over the course of the study, Grant and his team decided to examine those findings more closely, by studying biological markers of risk behavior.

“After the initial iPrEx study, there was concern that self-reported behavior may not tell the whole story,” said Grant, who is also a professor at the UC San Francisco, with which Gladstone is affiliated. “Here, we not only gathered behavioral data, but we also tested each participant for both HIV and syphilis—allowing us to map over time how reported changes in overall behavior correlated with actual changes in infection rates.”

“If risk compensation were occurring, those who believed they were receiving Truvada and that it was effective would be more likely to increase their sexual risk behavior,” explained Julia Marcus, PhD, MPH, the paper’s first author. “However, our results revealed the opposite: rates of both HIV and syphilis infections went down, and there was no increase in sexual risk behavior.”

“Our results suggest that HIV prevention strategies such as Truvada don’t result in risk compensation because they provide an opportunity for participants to actively engage in and reduce their risk of HIV infection,” added Grant. “Engagement, which also includes counseling, provision of condoms and management of other sexually transmitted infections leads to motivation, which comes at a time when motivation for preventing new HIV infections is vital to curbing the spread of this worldwide epidemic.”

"The research team’s findings should help to minimize reluctance to embrace Truvada over fears that it could actually lead to increased risk and more infections,” said Jeffrey Crowley, distinguished scholar at the O'Neill Institute for National and Global Health Law at Georgetown University and former director of the White House Office of National AIDS Policy. “This study reinforces the importance of drugs like Truvada as one component of a comprehensive plan for supporting people living with HIV and—importantly—preventing others from becoming infected."

Marcus, who performed this research while a graduate student at the UC Berkeley, is now a postdoctoral fellow at the Kaiser Permanente Division of Research. Other research participants include Gladstone Senior Research Associate Vanessa MacMahan, as well as UCSF Professors David Glidden, PhD, Albert Liu MD, MPH, and Susan Buchbinder, MD. The research was funded by the US National Institutes of Health, with co-funding from the Bill and Melinda Gates Foundation.